The Mount Kelly swimmer was almost 1.5 seconds behind Wigan BEST’s Madeleine Bailey at the final turn, but set up a grandstand finish as she surged on the back 50.

Robinson timed her swim to perfection, getting ahead of Bailey with a matter of metres remaining and winning by just 0.13s in a huge personal best time of 2:42.39.

Bailey was rewarded for her strong start with the silver medal, while Royal Wolverhampton’s Jessie-Leigh Jenns took more than four seconds off her PB to claim the bronze medal.

Crawley’s Emma Allat-File went almost five seconds inside her lifetime best to win the 12/13 Years title by more than a second.

Allat-File had her quickest ever swim in the heats, but she saved her best until last, clocking 2:42.92 to see off the challenge of Rushmoor Royals’ Rosie Richards, who added silver to the 100m gold she won on the opening day.

Chelsea and Westminster’s Lavinia Ricca was third in 2:45.41, with all podium finishers setting PBs.

The quickest time of the event – across all age groups – came in the 15 Years final as Georgia Gussey won gold.

City of Peterborough’s Beth Dennis was the only other swimmer to go 2:39, as she won the 16 Years title.

Wycombe District’s Daria Poma Kostik cruised to victory in the 17 Years and Over final.

Eastwood was in last place at the halfway mark, but finished superbly to touch the wall in 2:41.99, with Stockport Metro’s Charlotte Hulme in third place. 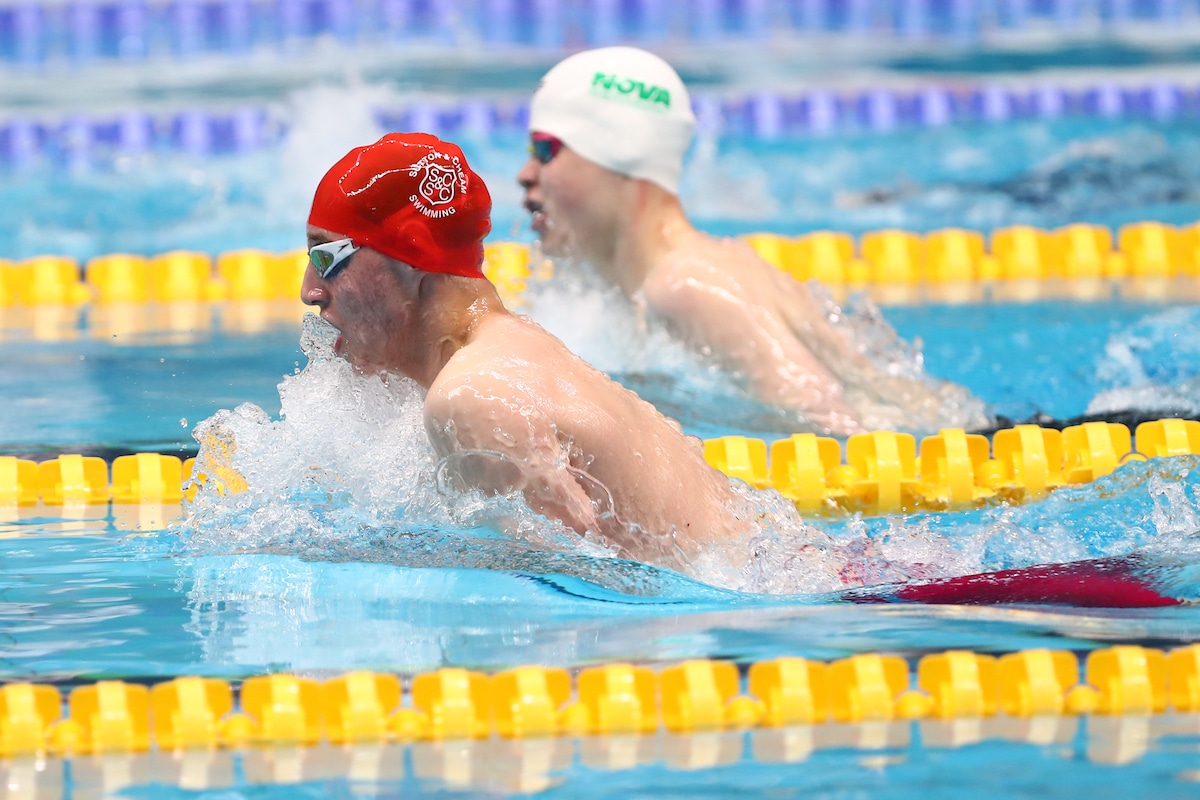 The Sutton Cheam swimmer was third at the final turn and only took the lead from Nova Centurion’s Thomas White inside the final 10 metres as the noise levels inside Ponds Forge rose significantly, with the crowd appreciating the quality of the race.

Drzaic touched the wall in 2:25.10, just 0.12s ahead of White, with City of Milton Keynes’ Alexander Meijer winning bronze.

McGregor trailed Reading’s Nikolai Khutoryanskiy at the final turn and the pair were locked in a tense battle down the last 50.

McGregor got the upper hand with 25 metres remaining and he held on to claim a narrow victory in 2:26.44.

Khutoryanskiy was only 0.16s behind, with Millfield’s Wyatt Walsh finishing third.

Guernsey’s Charles Hallett deserted his rivals on the final straight as he won gold in the 18 Years and Over final.

Hallett was one of six swimmers within half a second of each other at the final turn, making it even more impressive that he won the race by a whole second.

That meant the 18-year-old took almost six and a half seconds off his lifetime best throughout the day.

Staines’ Daniel Pearson claimed silver in 2:23.41, while St Albans’ William Loveman was a tenth of a second further back to win bronze.

Heading into the day’s competition, Grady had never gone quicker than 2:41.74s, shaving an incredible nine seconds off his lifetime best to win in 2:32.31.