James Wilby edged Ross Murdoch in a thrilling finish to win the 200m Breaststroke title at the British Swimming Championships in Glasgow.

Loughborough’s Wilby secured his place at the 2019 World Championships in Korea, touching the wall in a personal best 2:07.49, with University of Stirling swimmer Murdoch also dipping beneath 2:08.00.

Wilby, the Commonwealth champion in this event, was more than half a second inside the qualification standard, admitting the high level of competition spurred him on.

“It hurt on the back 50,” Wilby said. “The guys in there are not people you want to take your eye off.

“I just focused on the wall and went for it. I’m really happy with the time.

“It’s really good to see all of us do really well and when we move onto international meets, it’s great to see GB boys at the top.”

James Guy claimed his second gold medal of the week, winning the 100m Butterfly title to add to the 200m Butterfly gold he won on the opening night.

The victory never looked in doubt for the Bath National Centre swimmer, as he finished in 51.97s to see off the challenge of Duncan Scott.

With his favoured freestyle events still to come this week, Guy was pleased with his progress.

“I’ve always believed if you want to go fast, you’ve got to go out fast and push yourself,” the British record holder said.

“The time was just ok. I was hoping to go a bit faster than that, but it’s nice to get the win.”

The Ellesmere College swimmer chased down 50m Freestyle champion Anna Hopkin to win in 53.79s, sneaking under the consideration time for the World Championships.

“I’m really happy with that swim,” Anderson said. “I just can’t wait to get back to my coach and see what I have to improve on. I got under the consideration time, so fingers crossed.

“I always know I’m going to come out slow. I enjoy the chase and trying to claw back. I get a feeling of adrenaline. Hopefully the way I swim is entertaining.” 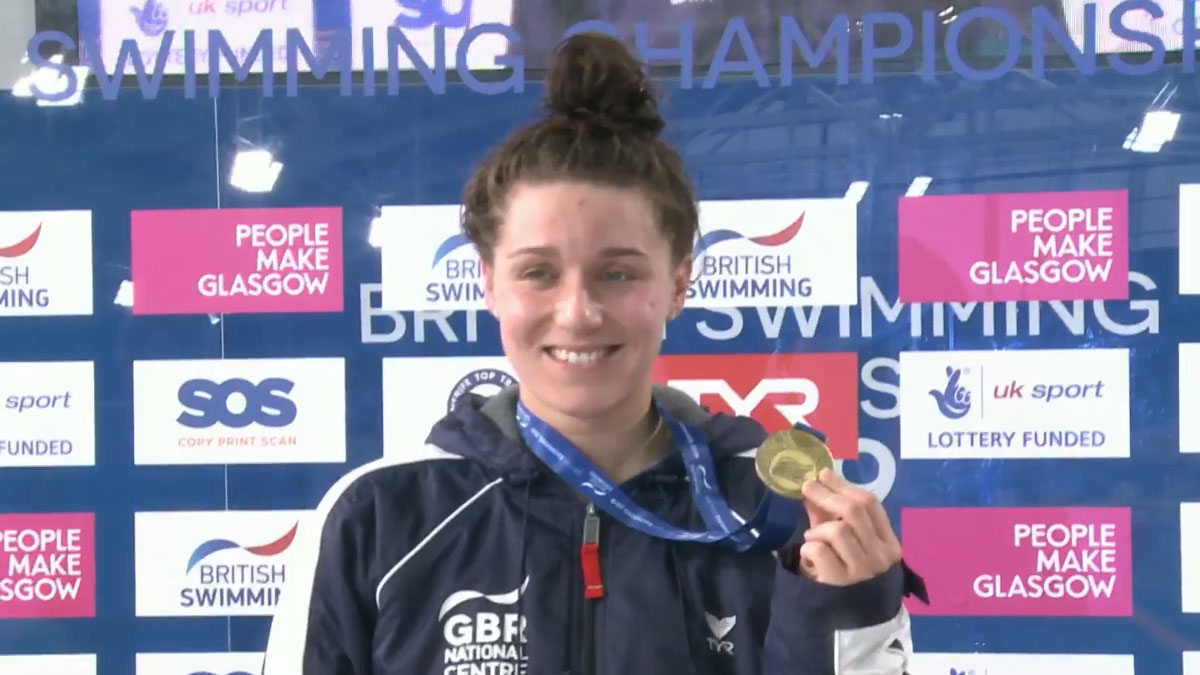 Jessica Fullalove led from start to finish to win the women’s 200m Backstroke, claiming her first ever British title in a personal best time of 2:09.74.

It is the first time the Bath swimmer has swum below 2:10.00, providing Fullalove with plenty to be positive about despite missing out on the difficult qualification standards for the World Championships.

“I know it’s not a consideration time, but I did it for myself,” she said. “I’ve had two years of disruption, I’ve had injuries. So to do that time meant so much to me. I’m so happy.

“At this age, a PB doesn’t come along too often, so when it does, it means the absolute world.”