There was a thrilling finish in the final of the Swim England National Summer Meet Women’s 15 Years 50m Butterfly.

Only 0.09 seconds separated the top three with Hatfield’s Jessica Woodward claiming the gold in a time of 28.86.

City of Sunderland’s Caitlin Cambrook picked up the silver medal in a time of 28.93, while Team Jorvik’s Meredith Harness was the bronze medallist in 28.95.

Waltham’s Isabel Iley was second in 28.76, with Lincoln’s Laura Dickinson finishing third in 29.11.

Her time of 29.05 was enough to top the podium ahead of Pershore’s Hannah Woodcock, who clocked 29.42.

She recorded a time of 28.57 to finish in front of Mount Kelly’s Macy Lawrence who won the Swim England National Summer Meet gold in 28.76.

City of Oxford’s Emily Ford won the silver in 28.89, while City of Peterborough’s Mia Leech claimed the bronze after finishing in 28.96.

In the 17 Years and over race, Denmark swimmers picked up two commemorative medals.

Waltham’s Jasmine Iley won the Summer Meet gold in 28.68, while York City’s Neola Thorpe was the silver medallist in 28.79.

The bronze went to Worcester’s Charlotte Hall in a time of 28.84 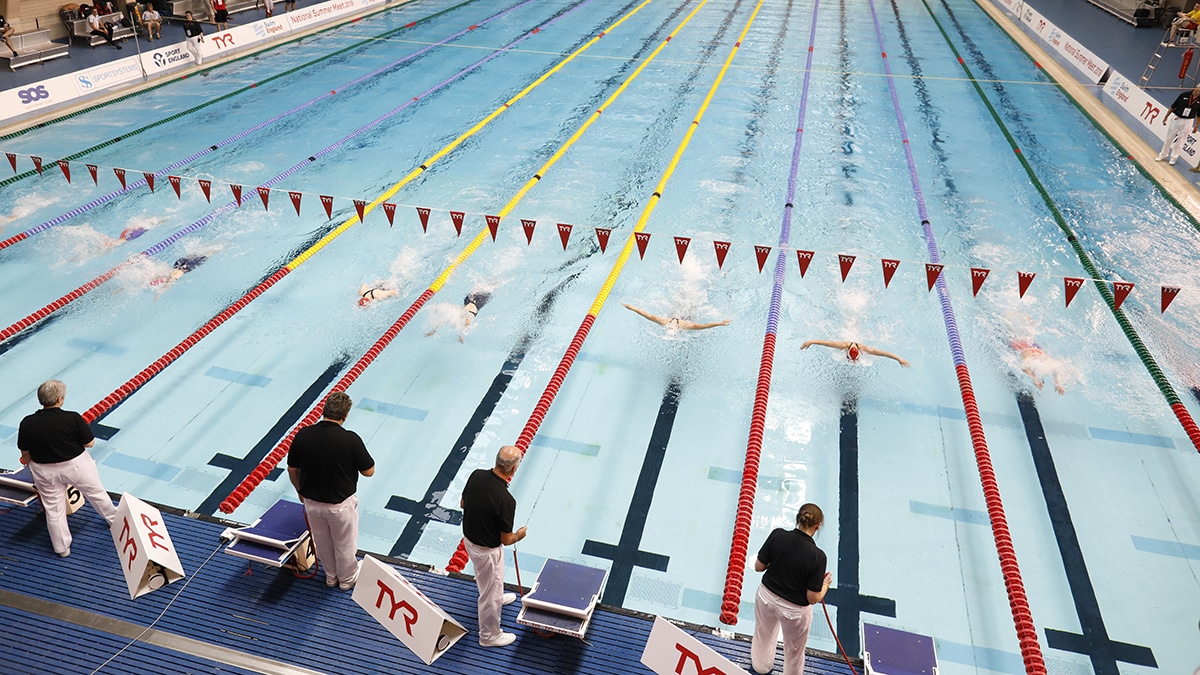 Samuel Tucker was the only 13-14 Years swimmer to break the 27-second barrier as he won the gold medal.

The Wymcobe District swimmer finished in 26.84 to take the title, with Millfield’s David O’Loughlin his nearest challenger in 27.26.

In the 15 Years race, only 0.34 seconds separated the top three swimmers.

The bronze medal went to Portsmouth’s Joseph Pickham in a time of 26.98.

In the 17 Years race, Melton Mowbray’s William Graham was the gold medallist.

Aaron Fox, Bebington, was the bronze medal winner in a time of 26.05.

Jonas Kistorp, of Denmark, claimed a commemorative gold medal in the 18 Years and over race.

His time of 24.72 was only 0.14 seconds ahead of Exeter City’s Dominic Wooldridge, who was the Swim England National Summer Meet gold medallist in 24.86.

The Summer Meet silver went to o Southport’s Jacob Lea in 25.11, white Satellite’s Adam Frost was the bronze medallist in 25.59.