Ulyett set the benchmark in the heats, smashing her own personal best time to qualify quickest by more than three seconds in 2:19.09.

The Loughborough University swimmer continued her dominance in the final, pulling away over the back half of the race.

Millfield’s Lily Booker and Loughborough Uni’s Megan Morrison had kept the pace with Ulyett over the first 100m, but the 24-year-old opened up a significant lead with 50 metres remaining.

The gold medal never looked in doubt, but Ulyett was in a race of her own and chased down Renshaw’s record with a superb finish.

The 2018 Commonwealth Games representative stopped the clock at 2:17.10 to set a new national best.

Following the race, she said: “It was a good race for me, I didn’t have a tapered short course meet last year so I knew that I would be able to improve my time from a few years ago and my training has been going really well, it’s been consistent.

“My focus after this will be just getting back to Loughborough, sitting down with my coaches and seeing what needs to be improved and hopefully implement that into training.”

Booker and Morrison also produced blistering times as they won the silver and bronze medals respectively.

Both swimmers set new PBs, with Booker claiming the junior title in 2:21.57 and Morrison touching the wall in 2:22.07. 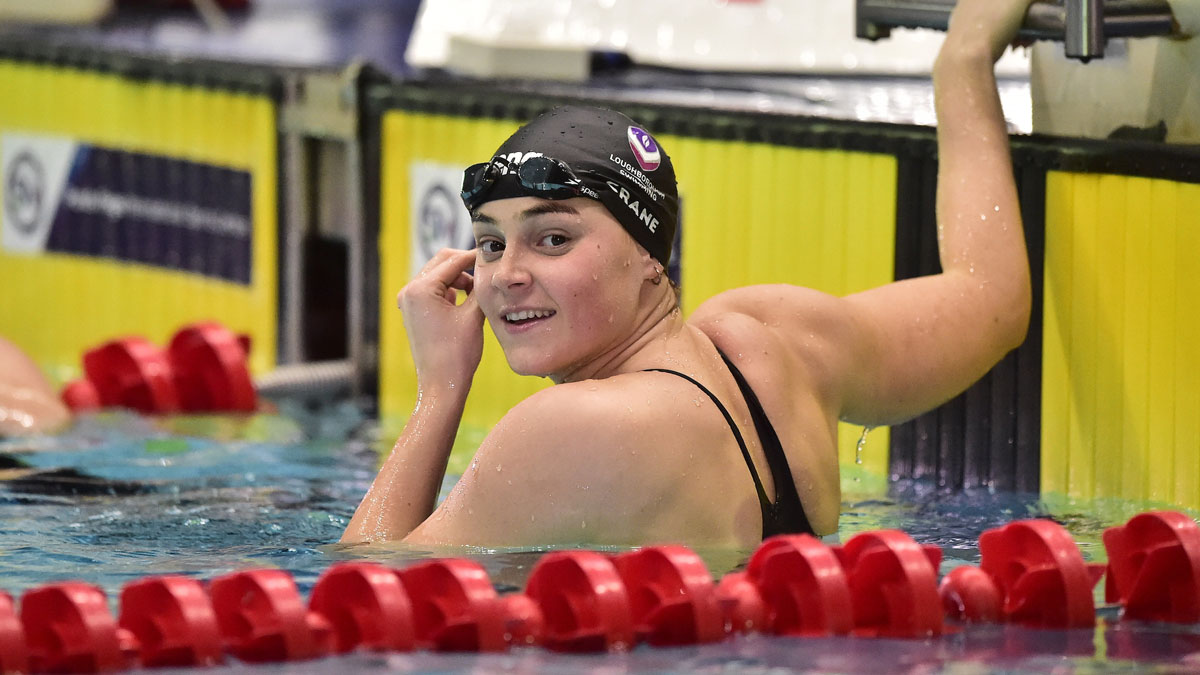 The 21-year-old was second fastest in the heats, but was still more than half a second shy of her personal best.

Crane, who won bronze in this event at the 2018 National Winter Championships, stepped up when it mattered most.

After a strong turn, she finished strongly to win gold in 26.33s, with Braunstone’s Harriet West just 0.06s behind to win silver.

City of Leeds swimmer Crisp was commanding from the outset and she led at every turn, despite Glenister being right on her shoulder.

Crisp smashed her personal best time by more than six seconds, sealing the title in 8:24.84.

17-year-old Glenister also had the best short course swim of her career.

The Leicester Sharks swimmer shaved 10 seconds off her PB to win silver in 8:25.70.

Alice Dearing, who represented Great Britain in the open water at the FINA World Championships, won bronze in 8:29.82.