Lancashire topped the points table at the ASA National County Team Championships 2015 to make it a 14th consecutive title with 493 points.

Border rivals Yorkshire came in second place with 447 points and Somerset followed up in third with 424.

Early in the competition, it was Lancashire’s Lewis Clough who claimed the first points for his county, coming second place with 49.95 in the 16/17 Yrs 100m Freestyle to bag 19 points. Craig Maclean of Scotland East narrowly edged past Clough to claim the full 20 points in 49.61.

Team captain Holly Hibbott was next to add to Lancashire’s tally, coming third in the 16/17yrs 100m Backstroke. All three top placing girls were just a second apart, with Hibbott touching in 1:01.18 for third place.

But it was in the relays where Lancashire really left their mark, finishing out of the top two in just one of the seven relays.

The Lancashire boys won the 4x50m Medley Relays across all three age groups. The girls also finished second in the youngest and oldest age groups.

The Mixed 6x50m Freestyle team of Lewis Clough, Kyo Tanner, Katie Rennolds, Emma Whittingham, Pia Murray and Ben Martin had nearly three seconds in hand as they finished the competition in style with victory in the final race. 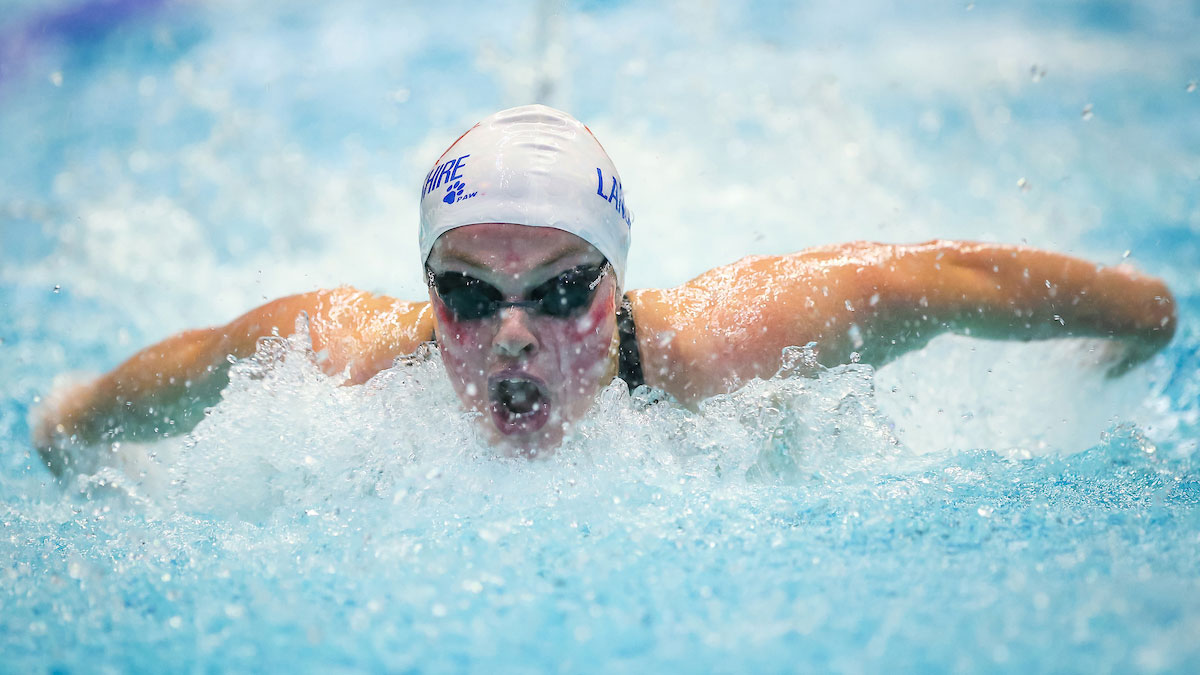 “It feels great to win our 14th consecutive title,” said Hibbott, who won European Games gold for Team GB earlier in 2015. “It was a great team to be part of. Everyone stepped up and swam really well.

“We were pretty confident coming in to the competition. I think we are often seen to be the underdog behind Yorkshire as they have a very strong team. But we always seem to pull it out of the bag. I think it adds a little bit of pressure being so successful in the past, but it is just a bit of fun.

“The highlight for me was winning, obviously, but just being part of a great team. The event is lot more relaxed and light-hearted thank others so it’s a great team atmosphere.”