Max Litchfield led from start to finish to win gold in the Men’s 400m Individual Medley at the European Short Course Swimming Championships in Glasgow.

The Brit attacked the race from the start and was rewarded for his ambition, opening up a lead of more than half a second at the halfway stage.

Litchfield looked in cruise control as he turned for the final leg, leading Russian Ilia Borodin by almost 1.5 seconds.

Finishing with his strongest stroke, the victory never looked in doubt for Litchfield and he challenged his own British record over the final 100m, touching the wall just a second adrift of that mark in 4:01.36.

That secured Litchfield’s first ever major global title in the event.

Following the race, he said: “To get the win here, in front of a home crowd, is just awesome and so I’m really pleased and looking forward to the rest of the week now.

“It still feels weird racing internationally in December, but it’s nice to have that competitive nature and swimming for GB always helps as does having the home crowd who are always behind us. This has been a great pool to me over the years and it’s so nice to get the win.” 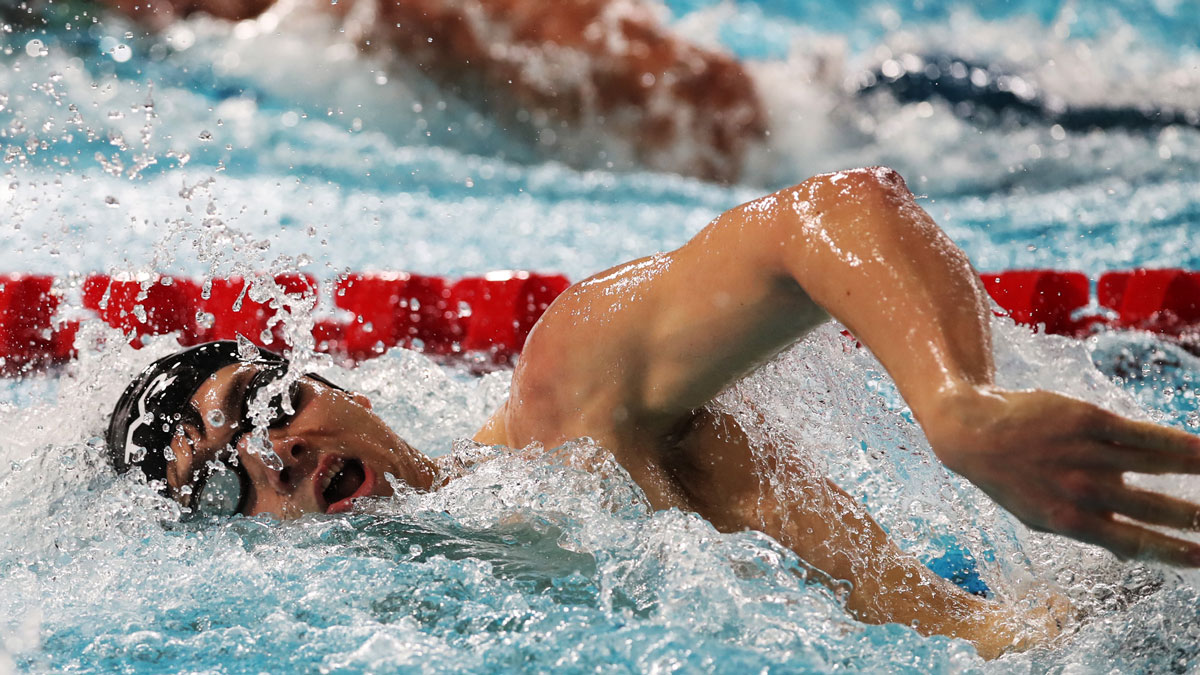 The National Centre Bath swimmer qualified third fastest after swimming 1:42.57 in the heats, his quickest time in three years.

Guy carried that confidence into the final and looked a strong chance of winning a medal after turning in third place at the 150m mark.

But the Brit couldn’t hold off a fast-finishing Danas Rapsys, who surged to win the gold medal.

Guy said: “It was a class field and we know Rapsys and Vekovishchev have got amazing turns and I knew Duncan would have a good swim.

“However, that shows what my weaknesses are and that is my turns, but through the water I think I’m actually pretty good and we know long course is a different game.

“That time for me there is my first PB in the 200m Free for a long, long time, so I’m so happy with that and it shows what I’m doing in the pool is working.”

Guy’s British teammate, Duncan Scott, was unable to replicate his performance from the morning, when he broke the British record.

Freya Anderson capped off a stunning day by qualifying fastest for the Women’s 100m Freestyle final.

The Ellesmere College swimmer had smashed her personal best to win her heat in 52.03 and she went even quicker to see off a world class field in the semi-finals.

Anderson became just the second ever British female to swim below 52 seconds in the event, lowering her PB to 51.95s, meaning she took nearly a second off her previous best mark from the start of the day.

The 18-year-old beat Olympic gold medallists Femke Heemskerk and Federica Pellegrini to make another statement on the road to the 2020 Olympic Games in Tokyo.

Anderson will be joined in Friday’s final by British swimming teammate Anna Hopkin, who will also fancy her chances of winning a medal after finishing second in the first semi-final.

Siobhan-Marie O’Connor will head into the Women’s 100m Individual Medley final as a medal favourite after setting a blistering pace to win her semi-final.

The Olympic silver medallist was third at the halfway mark, but charged home to win in 58.53s, just 0.18s behind Hungarian world record holder Katinka Hosszu.

O’Connor’s time was more than a second quicker than her heat time and she could challenge Hosszu’s title defence if she goes near her British record of 57.59s in Friday’s final.

Luke Greenbank set a new personal best as he qualified for the Men’s 100m Backstroke final.

The 200m Backstroke bronze medallist finished fifth in the second semi-final, lowering his PB to 50.50s.

Greenbank took almost half a second off his heat time and will challenge for his second medal of the Championships in Friday’s final.

His compatriot Joe Litchfield narrowly missed out on a place in the showpiece, despite a strong swim in the first semi-final.

Litchfield clocked 50.82s to finish fourth, but it wasn’t enough to finish inside the top eight.

The former Commonwealth and European champion was close to her British record, clocking 56.73s to claim her fourth global short course medal.

The British Mixed 4x50m Medley team rounded out the night, finishing seventh in a final which saw Russia set a new world record.

The team of Georgia Davies, Ross Murdoch, Anna Hopkin and Scott McLay went quicker than their heat time, finishing just over a second off the podium places in 1:39.14.