Max Litchfield broke his own British record with a stunning swim in the Men’s 400m Individual Medley final at the National Winter Championships.

It was Litchfield’s third title of the championships and by far his most convincing performance of a very impressive weekend.

But he admitted to having mixed emotions having narrowly missed out on a sub four-minute time.

“There’s a bit of mixed emotions, I guess, as I wanted to go sub four minutes but it’s been a good week and a good end to 2018.

“Hopefully, I can transfer that into 2019. I’m really looking forward to next year and getting on with what I do best, which is fast swimming.” 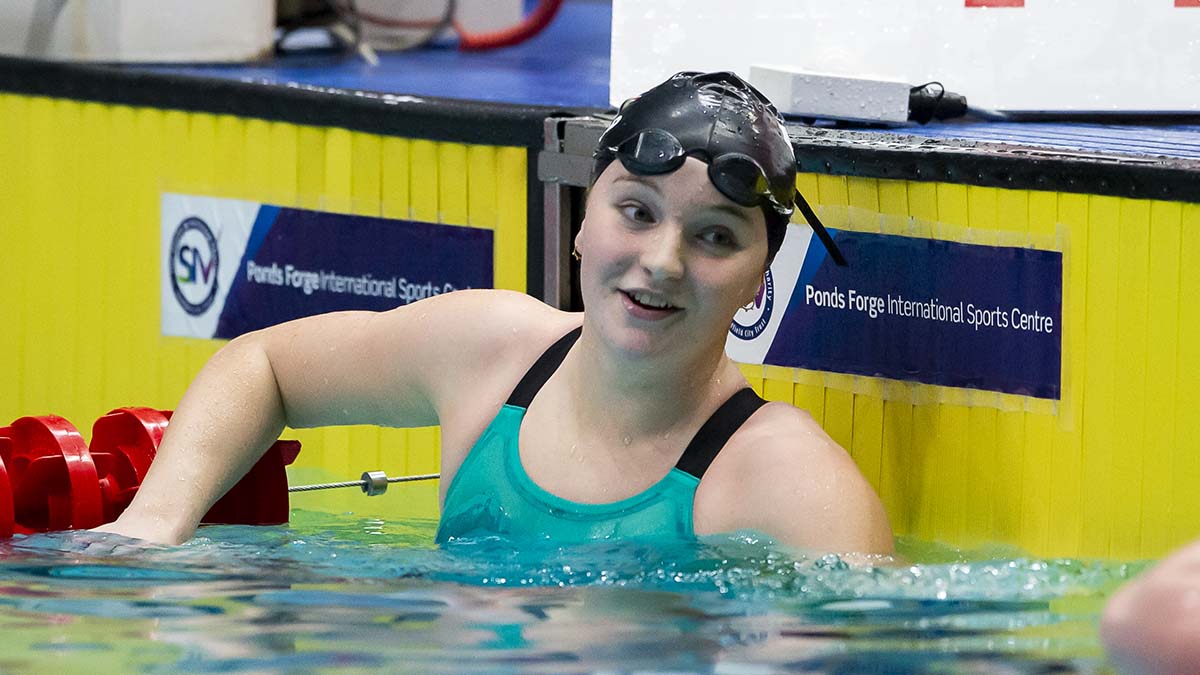 Abbie Wood had to be on top of her game to win the Women’s 400m Individual Medley as the top three all set new personal bests.

Nineteen-year-old Wood eventually won by 5.11 seconds from City of Sheffield’s Amy Bell after clocking a time of 4:31.70.

That was 0.60 seconds faster than her previous personal best time of 4:32.40 she set at the Manchester International Meet in 2015 – and 6.43 seconds quicker than her time in the morning heats.

The Loughborough University swimmer was pushed all the way by Bell and Plymouth Leander’s Laura Stephens, who won the bronze medal, during the butterfly and backstroke but pulled away in the last 200m and was a comfortable winner.

Wood said: “It was a really good race for me. It was a personal best and a good one to finish off the meet.

“I felt it was all going to come together hopefully and it did. I was after under the 4:30 mark but I can not really complain really.

“It’s a personal best that I have been struggling to get for about two years now so to finally break it I’m really, really happy.

“I’ve been stuck in a bit of a rut for the last year but it’s finally come together this week after a hard time and I could not be more happy.”

Nova Centurion’s Freya Colbert won the junior gold medal in a time of 4:40.28.

That was 5.84 seconds behind Hamiton UAE’s Beatrice Varley, 15, who won a commemorative silver medal for her time of 4:46.12.

City of Manchester Aquatics’ Olivia Clare, 15, won the junior silver medal for her time of 4:49.79, while City of Leeds’ Charlotte Robinson, 15, took the junior bronze after touching home in 4:56.57.