The City of Sheffield swimmer took the lead after the turn, but looked to have been caught by York City’s Ella Stabler inside the final 10 metres.

Having settled for bronze in two events earlier in the week, Miles wasn’t going to let this one slip away.

Stabler agonisingly ran out of time to challenge for the title, finishing just 0.03s behind to win the silver medal.

Rue Fowler was seeded 19th heading into the 14 Years 100m Backstroke, but completed a stunning turnaround to win gold.

The Team Bath swimmer touched the wall in 1:06.34 – almost three seconds quicker than her PB at the start of the day.

Olivia Butler was in dominant form as she won the 16 Years title.

The City of Bristol swimmer streaked clear over the last 50 metres, cruising to the win in 1:04.21, more than a second clear of silver medallist Natasha Whittall, of City of Manchester Aquatics.

Soundwell’s Alice Kerslake was a further second back to win the bronze.

2018 silver medallist Jasmine Iley took a step up the podium as she won the 17 Years and Over final.

Borough of Waltham Forest swimmer Iley, who won the 50m Backstroke on day three, went almost two seconds quicker than she did last year, taking the win in 1:03.87.

Barnet Copthall’s Elinor Chadwick backed up her 50m Backstroke bronze with gold in the 12/13 Years final. 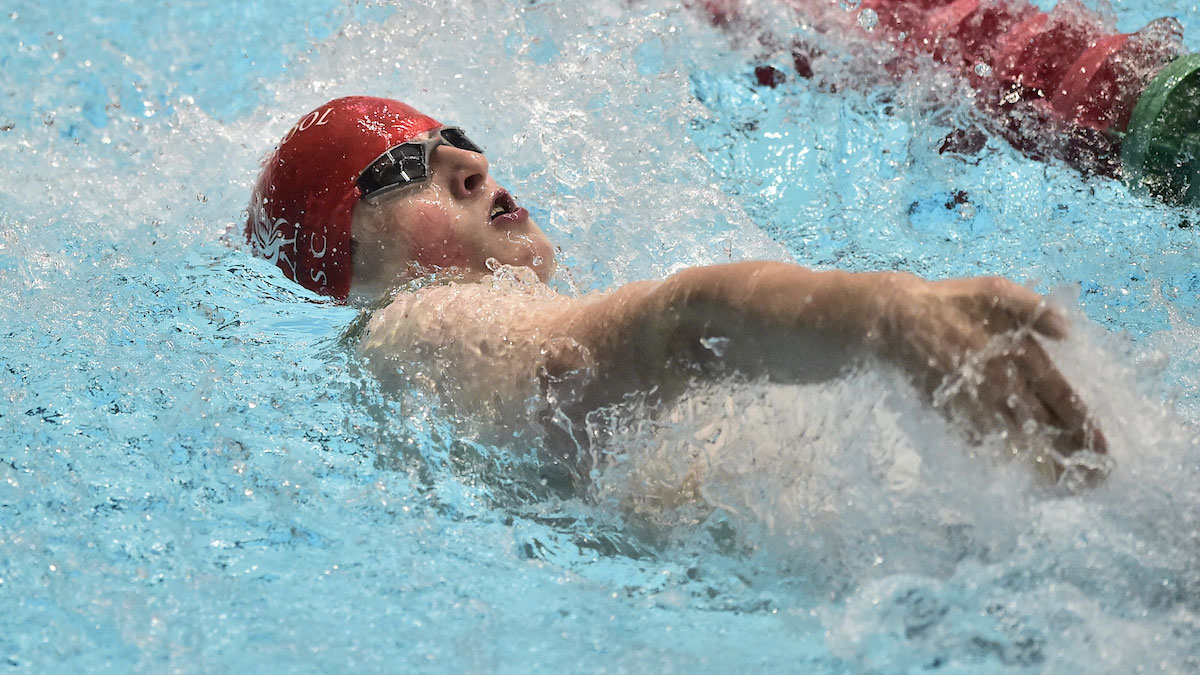 The City of Liverpool swimmer led at the halfway mark and stepped up to finish comfortably on top in 1:02.52.

Oliver Morgan celebrated a milestone day as he won gold in the 16 Years final.

The Ludlow swimmer broke the 60-second barrier for the first time ever in the heats and went even faster, winning the title in 59.16s.

City of Lincoln’s Ethan Grace-Riches – just over an hour after winning 50m Breaststroke bronze – swam a PB of 59.47s to win silver.

The Altrincham swimmer was in a league of his own in the closing stages, touching the wall in 1:00.58, almost 1.5 seconds clear of silver medallist Charles Hazell, of Rushmoor Royals.

Herbie Kinder’s successful meet continued as he won gold in the 17 Years event.

The City of Peterborough swimmer, who won 200m Freestyle gold and 50m Backstroke bronze earlier in the week, added his third medal in a blistering 58.92s.

Meanwhile, Samuel Pease beat Ben Harrison at the wall to win the 18 Years and Over title.

University of Stirling’s Pease had a commanding lead at the halfway mark, but was chased down by Mount Kelly’s Harrison. 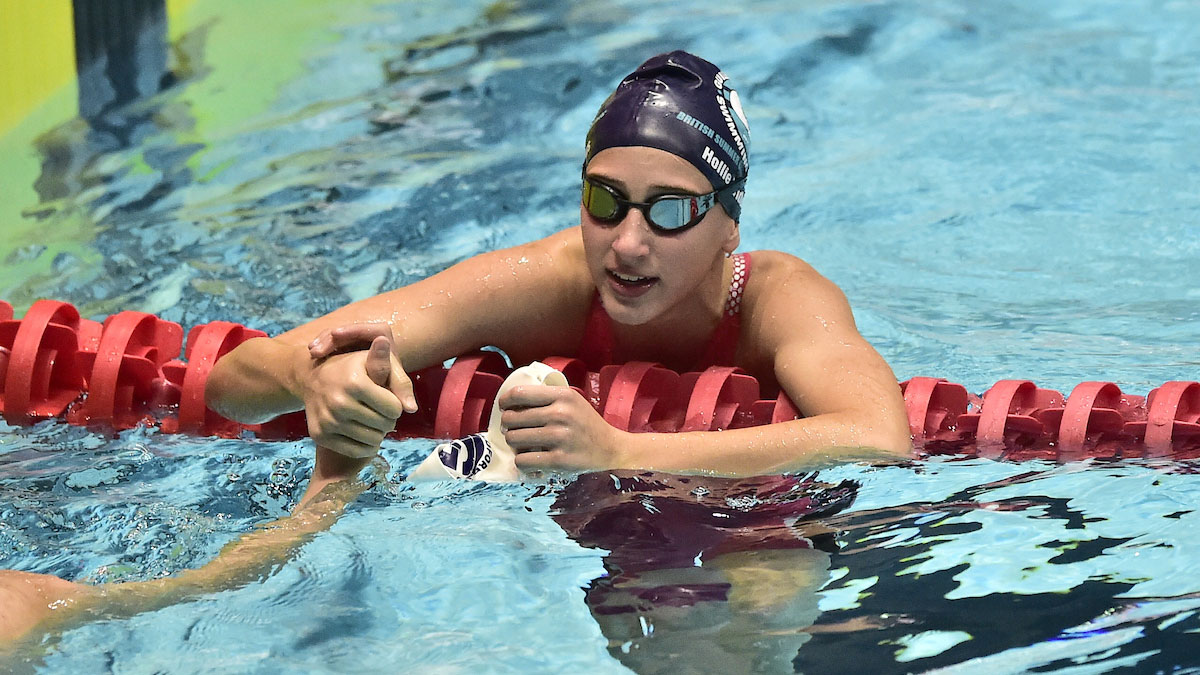 Hollie Widdows continued one of the most impressive individual campaigns at this year’s Summer Meet, winning her third national title.

The 12-year-old Guildford City swimmer has smashed her personal bests across the pool at Ponds Forge, taking gold in the 50m Freestyle and 50m Backstroke.

Widdows proved she could do it over a longer distance too, swimming sub-60 seconds for the first time ever to win in 59.75s.

Basildon Phoenix’s Ruby Wheeler has also shone in this age group, adding a silver for her third medal of the week.

Pearl Lightwood won bronze for her first medal of the Summer Meet and Middlesborough’s second of the day.

Amy West capped off a rewarding night with gold in the 15 Years final.

The Stockport Metro swimmer was a whisker away from winning the 200m Butterfly title earlier in the evening, but she atoned for that by swimming 59.28 for her second national title of the week.

Lincoln Vulcans’ Laura Dickinson swam sub-60 seconds for the first time in her career to win the 14 Years title.

Annabel Smith won gold in the 16 Years with a time of 58.62s, which would have put her on the podium in the age group above.

Imogen Meers then backed that up for Bromley, winning the 17 years and Over final in a thrilling finish.