Mount Kelly cashed in as they were crowned the first winners of Swim England’s Challenge68.

It proved to be a profitable evening for the B Team of Alex Mason, Ben Harrison, Emily Haimes and Georgina Dennis as they collected £320 for second place on top of the £140 they had already won for finishing first in the heats.

City of Milton Keynes’ Grace Spong, Miles Drabwell, Joshua Press and Aiyana Lawson were the other heat winners to pocket £140.

Clayson, of the victorious Mount Kelly team, said: “I think all of us have individual strokes but the way we really bonded as team was with our takeovers. 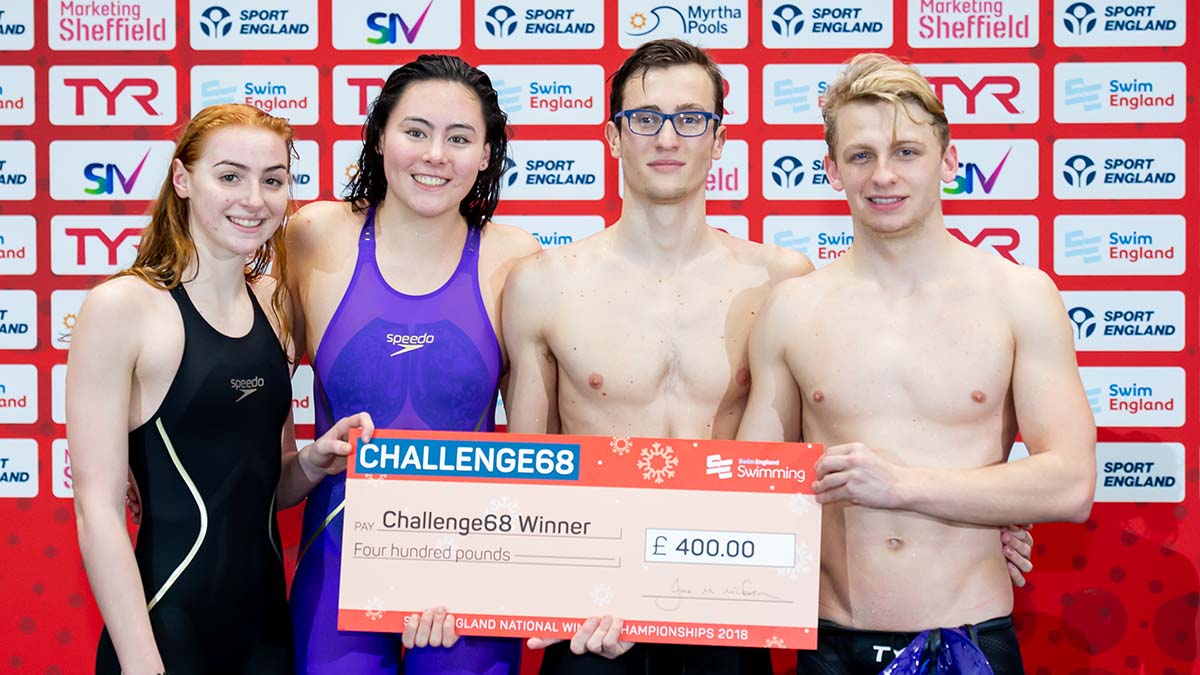 “It’s really good [to win] because we were first and second as a school so I think our headmaster and the coaches will be really happy with what a good job we’ve done.”

Challenge68 is a mixed relay race where mixed teams of four from the same club with a combined age of up to 68 years compete to win cash.

Each race began with the backstroke but the order of the next three legs was drawn at random after teams had already confirmed their line-ups.

That was 8.56 seconds clear of Loughborough University’s Marie Wattel, Emily Crane, Emily Barclay and Amy Grant who took the open gold in 3:38.64.

Mount Kelly’s quartet of Lawrence, Clayson, Dennis and Haimes were the open silver medallists in 3:43.97.