Basildon Phoenix have completed a National Arena League double in their senior debut appearance at the finals of the flagship club competition.

They were crowned B Final title winners as they pipped defending champions City of Cardiff to top spot in an exciting and extremely close final by 10 points.

It means Basildon have added the B Final crown to the National Arena Junior Swimming League title they won in September 2021.

The lead changed hands several times during the 42 events held at the Cardiff International Pool but the Essex-based club came through at the end with solid performances across all the age groups.

Doug Campbell, Basildon head coach, who has previously won the Cup Final when he was with Millfield, said he was delighted with his team’s results – especially as this is the clubs first ever appearance in the National Finals. 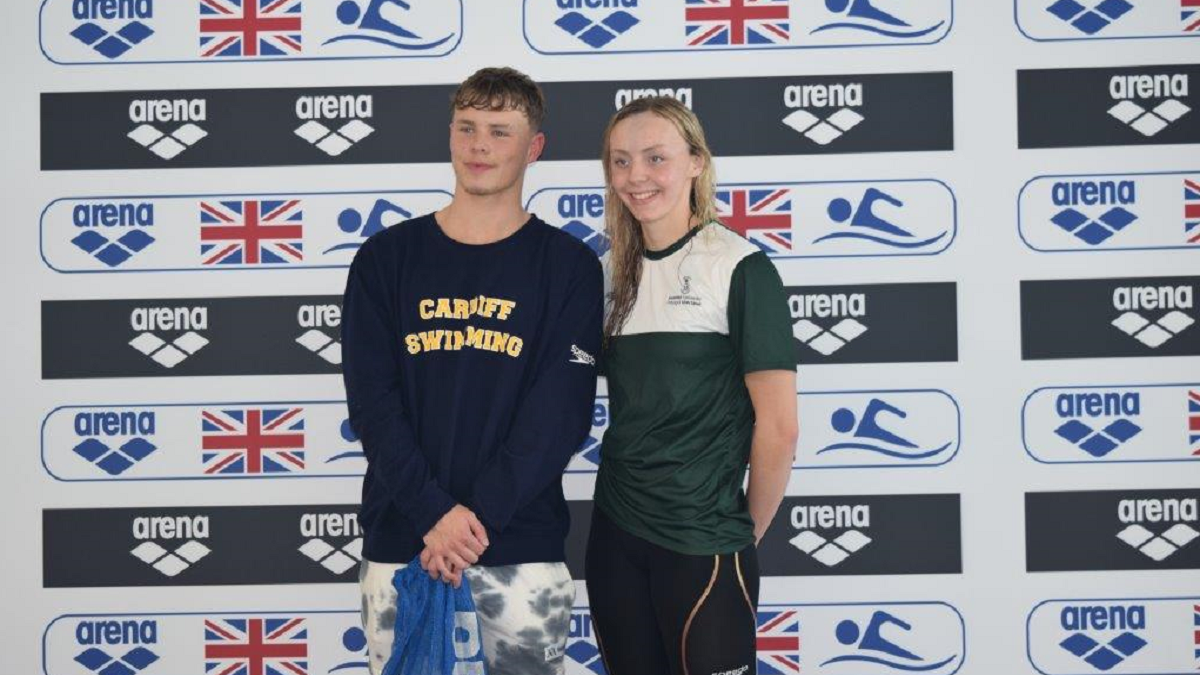 He said: “This is a great result for the club who have made steady progress through the London Region Divisions over the past five years.

“We finished runners-up in the London League Premier Final in December and today all the swimmers stepped up, whether in a relay or individual event.

“It was a superb team performance.”

Tom Baster, Basildon club chairman, added: “The club has been on an extraordinary journey since the Basildon Sporting Village 50m pool opened in 2011 and today I am extremely proud of the swimmers, coaches & parents.

“I would like to thank Basildon Council and Basildon Sporting Village for their support and arena UK and Solo Sports for their sponsorship of this great club competition.”

The stand out performance at the meet came from Swansea’s Medi Harris (pictured above), with her 60.35 in the Women’s 100m Backstroke to continue her recent good form.

Olympians Dan Jervis both had comfortable wins in the 200m Individual Medley and 100m Butterfly respectively.

The top relay club competition was also won by Basildon, while City of Cardiff’s Bradley Newman (pictured above) was the top male swimmer and Harris the top female swimmer.