Ellen Stephenson has recently been selected for Sport Newcastle’s Platinum award for her achievements in swimming.

The 13-year-old, who has Mosaic Down Syndrome, will collect her latest award from Sport Newcastle at their awards dinner in March.

She will receive a bursary from them every year for the next three years which will enable her to continue to fund her training and competition.

She is an s14 classification swimmer and also completes in para-swimming events, as well as national and international Down Syndrome swimming competitions.

No stranger to the limelight

Stephenson made waves in 2017, swimming at the European Open Down Syndrome Championships in Paris. 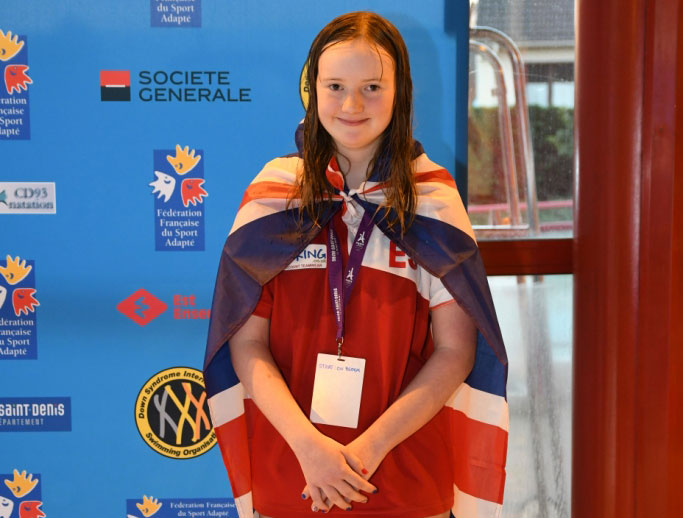 In December 2017, Stephenson took part in the National Para-Swimming Championships in Manchester.

She took home one gold, one silver and four bronze medals from this competition. She now has her sights set on gold at the World Down Syndrome Championships in Canada in July.

As a result of her hard work in 2017, she received two other awards. Her first was Sport Newcastle’s Rising Star of Sport award. The second was Young Female Achiever award at the Northumberland Disability Sports awards.

Feel inspired by Ellen’s achievements in the pool?

Read our five steps to becoming a para-swimmer to find out how you can get involved.