O’Connor said: “I’m over the moon to win the gold medal.

“I really wanted to try and get my confidence back again. What an amazing arena – it’s just incredible swimming out there and these are once in a life time opportunities. To add to the amazing haul of Team England has made it a really good night.

“It’s been a tricky time since Rio but I’m really, really happy with that swim. It was a great atmosphere out there and I’m really pleased to win this.

“I love swimming. This is what it’s all about. The training is very hard but moments like this make it all worth it. My parents have travelled to the other side of the world to watch it which is very special – I feel very lucky.” 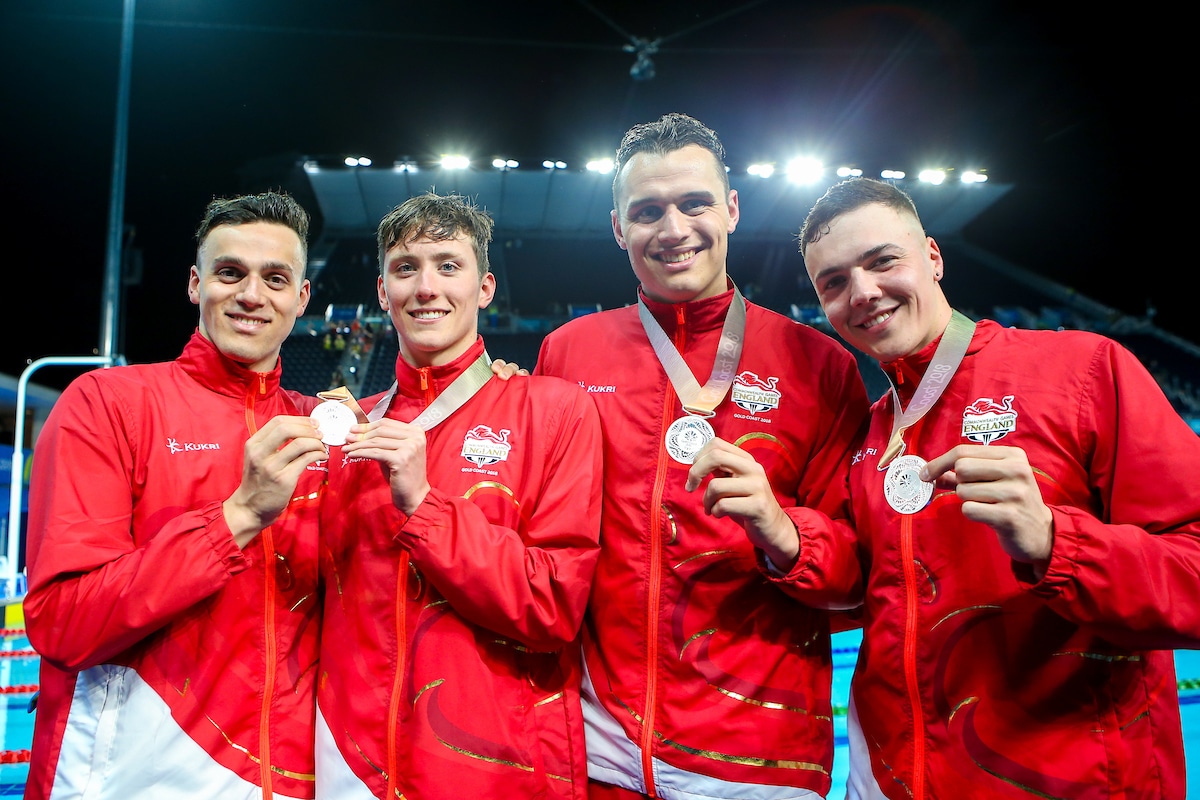 Grainger said: “I’m over the moon and filled with pride to be part of the English team.

“The 200m freestyle always been an in-depth event in Britain  – it’s ridiculous the depth we have got and it’s a good thing as it pushes us to keep swimming faster and faster. It was nice to race against some of the guys we’re usually in teams with. It was a good experience.”

Parkinson added: “I felt 4x100m was massively different to that – for me it’s my first international senior meet and to keep composed and absorbing the whole thing has been massive for me. I would like to have gone a bit faster but I’m happy with how it went.

“Now I have a taste for it I went the full meal. That’s just a starter – the main course is to come with the 200m medley on Tuesday. I’ll try and use the experience from the relays in my individual event.”

Jacob Peters will join Guy in the final after he finished joint fourth with Scotland’s David Campsie in 53.40.