The event was hosted by Flitwick Dolphins Swimming Club and saw 14 youngsters with a range of impairments get involved.

It was one of several taster sessions held across the country in a bid to help ‘break down the barriers’ which prevent young disabled people from taking part in sport.

The session was open to swimmers who have a basic level of water confidence and skill and who may be in, or have completed, a Learn to Swim programme.

Flitwick Dolphins coach and club secretary Sandra Grant said it was great to see so many youngsters inspired by the success of Paralympians at the Tokyo 2020 Games.

She added: “When we announced that we were doing a Start Para-swimming taster session, the response was fantastic.

“Within the first week of advertising, we had eight sign up which quickly grew to 14 people. 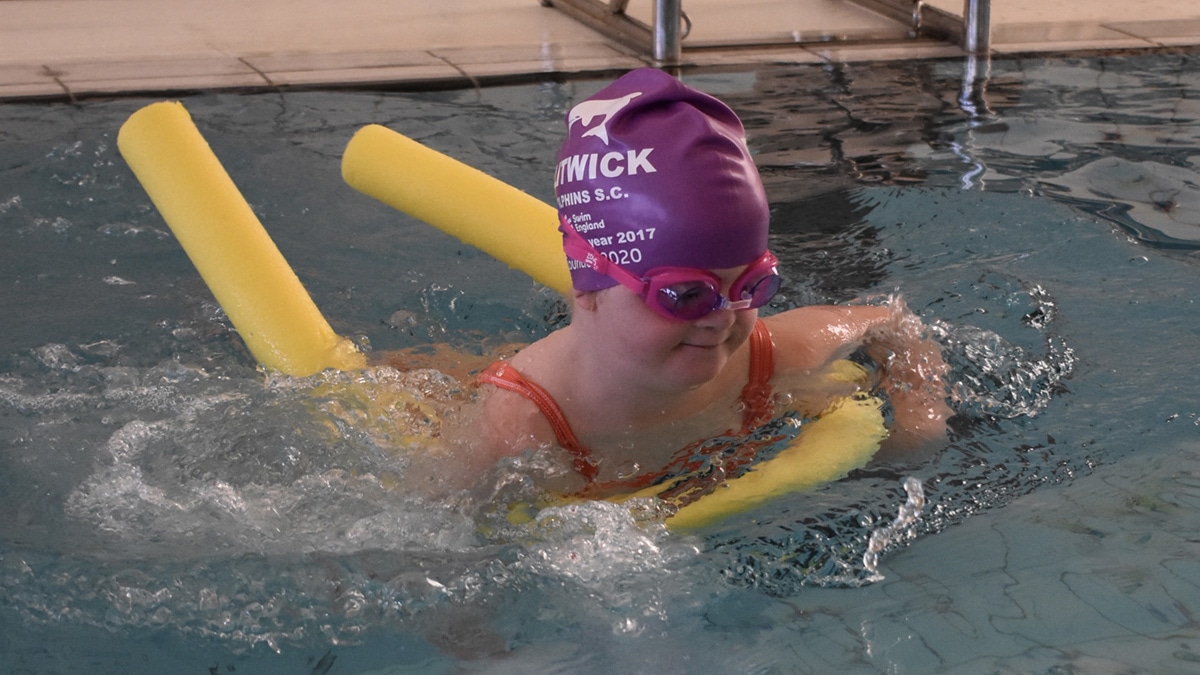 “The young people attending had a range of impairments from short stature to amputation and one young person being blind.

“To see a group of young people inspired by the Paralympics to attend our Start Para-Swimming taster session was fantastic – the smiles on their faces during the session showed that they enjoyed the day.

“The parents were also impressed with what their children did in the session.

“Working with England Para-Swimming talent, we are hopeful that these young swimmers will remain in the pathway.

“Let’s hope some of them become para-swimmers of the future.”

Medals and certificates were presented to the swimmers who took part in the event, while Sandra was also quick to praise the age group swimmers at the club who volunteered at the event.

She said: “We had a large number of senior swimmers who gave up their time freely to come and help at the event. 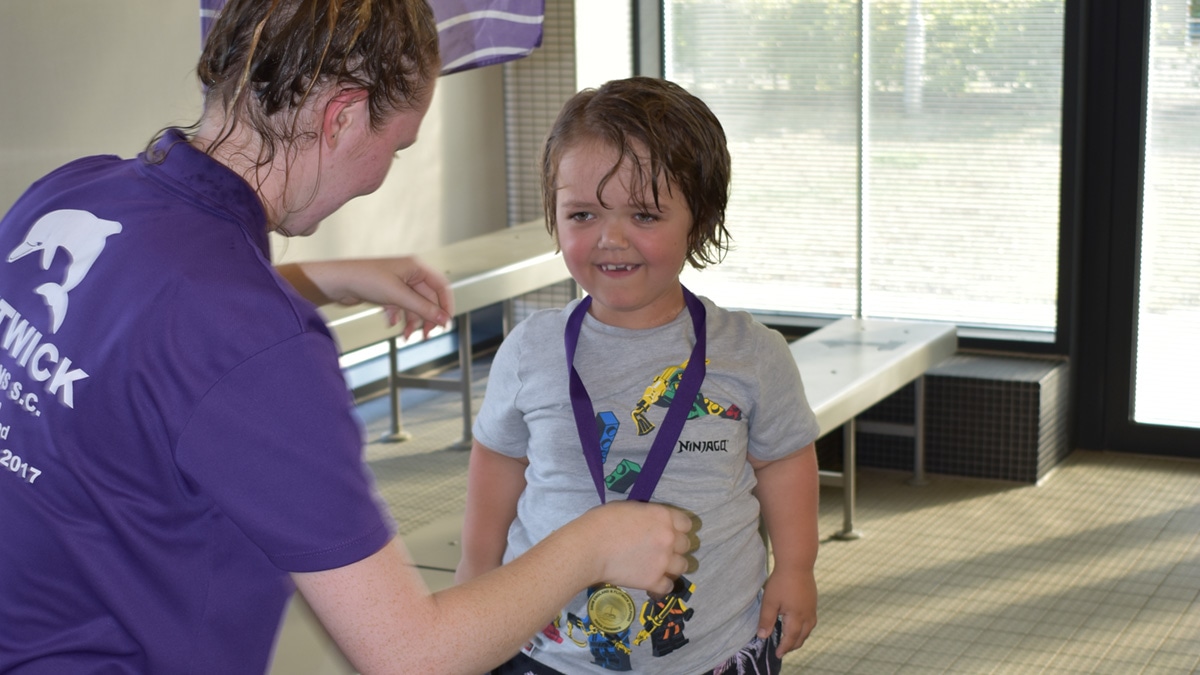 “For these age group swimmers to have volunteered with a wide range of disabled children was another truly inspirational aspect of the para taster event.”

Isobel Richards, whose son took part in the session, said: “James had a great time.

“He loved having the buzzer and being timed ‘just like at the Paralympics’ which he’d been watching on TV.

“Our volunteer Anna was really friendly and helpful and James was impressed to hear that she’d dived off a 10m board and met Tom Daley.”

Nicky, mum to Sam, said: “We’re so grateful to Flitwick Swim Club for hosting this event!

“It was such a lovely afternoon and the children were truly inspirational.

“It was great for my son to see children with all different disabilities taking part and proving they are just as able as any other child with the right support and encouragement.” 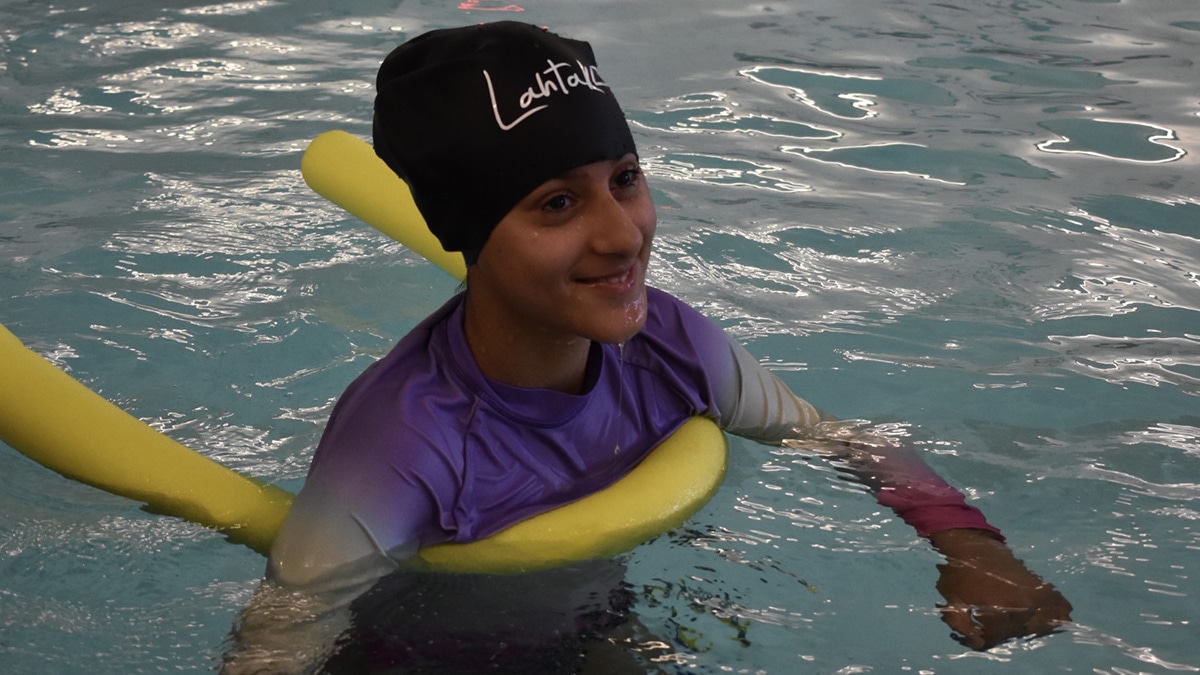 Kelly, mum to Santino, added: “As a first time experience, we were overwhelmed with the friendliness of everybody that attended.

“To sit and watch your child be part of something where his abilities are the front focus and his difference is normal was so comforting.

“Santino described the event as awesome!”

Martin Lees, Swim England’s para-swimming development manager, said: “We’re absolutely thrilled to hear that so many youngsters had a great time at the Flitwick Dolphins session.

“The sessions are designed to introduce youngsters to the club environment and are a great way for them to develop their swimming journey.

“I hope Sandra is right and we see some of them develop to become Paralympians of the future.

“My thanks go to Flitwick Dolphins and all the clubs that hosted the taster sessions.”