The Men’s 4x100m Medley Relay was his fourth gold at the Glasgow 2018 European Championships.

Between the four of them, they set a new championship record of 3:30.44.

Peaty said: “Britain is looking strong at the minute individually and in relays.

“Sometimes, I’ve got too caught up in the outcome with people talking about world records as soon as I did the heats and asking if I was going to get the four gold medals.

“I have to take each stroke as it comes, each event as it comes and not get caught up in the outcomes of everything and that’s been a massive learning curve that has hopefully been set up for the rest of my career.”

Peaty also picked up a trophy for LEN’s athlete of the year.

In the Women’s 4x100m Medley relay, a British team made up of Siobhan-Marie O’Connor and Freya Anderson along with Welsh team mates Georiga Davies and Alys Thomas brought home the bronze medal.

The gold medal went to championship-record setting Russia with a time of 3:54.22 and the bronze went to Denmark, who clocked 3:56.69.

Ben has done us Proud 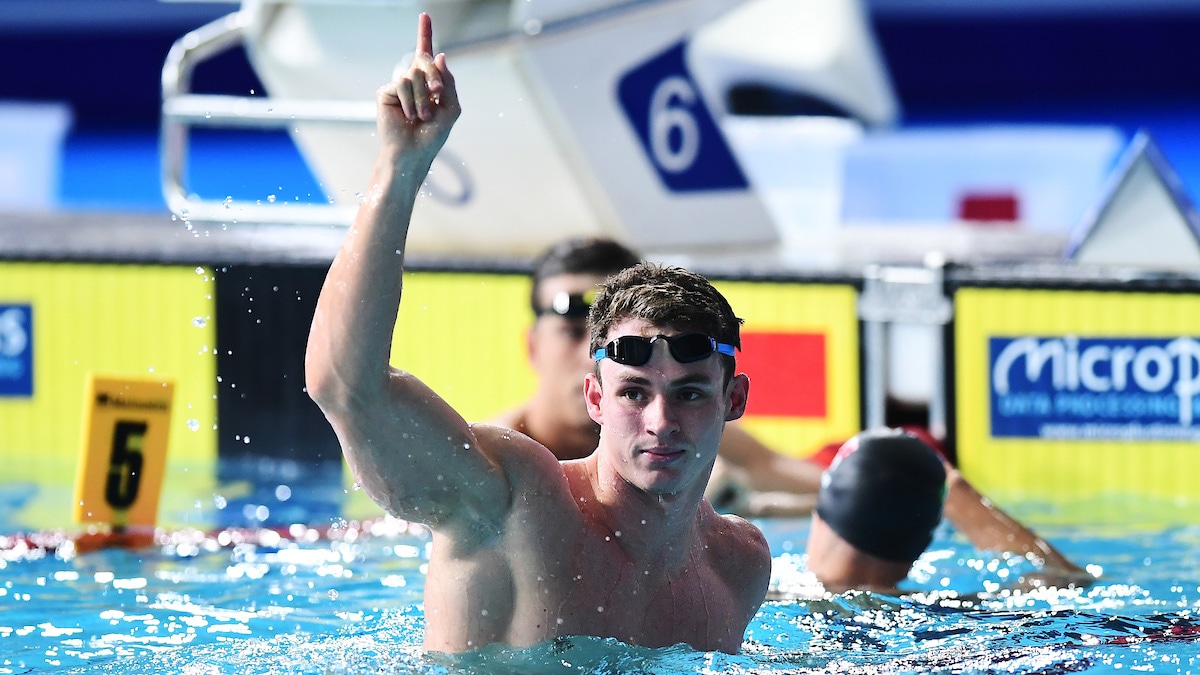 The medals came in thick and fast from the beginning, as seven medals were won by British athletes out of the nine races.

Ben Proud won the 50m freestyle, having set a new championship record in the semi-final yesterday.

Proud’s time was slower than his personal best in the semis, which made him the third fastest man ever over the distance, but he highlighted this as an area to improve on going forward to Tokyo.

“The swim itself was a little disappointing, so I have mixed emotions,” said Proud.

“Nowadays it’s about constant improvements for me, so to have gone slower in the final than in the semis is something I need to look at for future meets.

“I’m happy to have swum well last night – for me I’ll look at that race, see what went well and then be happy with the overall result.”

Silver went to Kristian Gkolomeev, of Greece, with a time of 21.44 and third place went to Italy’s Andrea Vergani (21.68).

Imogen Clark secured a silver in the 50m Breaststroke in her first outing for the British team. She finished 0.53 seconds behind Russia’s Yuliya Efimova with a time of  30.34.

The bronze medal went to Italy’s Ariana Castiglioni, who touched in 30.41.

Clark added: “I guess I was just a late bloomer which is why I never made any junior teams, but I’ve had such an up and down year so to end it like this is unbelievable!”

In the 400m Freestyle, Holly Hibbott secured her second medal of Glasgow 2018 after coming third with a time of 4:05.05. Ellie Faulkner come in eighth in the same race.

Another bronze added to the total on the final day of swimming at Glasgow 2018 was James Guy.

Codia set a new Championship record of 50.64 to take the gold and Mehdy Metella of France secured silver (51.24).

Swimming coaches are selected for ‘exciting and innovative’ programme

Royal seal of approval as lockdown coaching heroes are honoured