Proud ends on a golden high

Ben Proud ended his 2018 Commonwealth Games individual campaign on a high after striking gold in the 50m Freestyle final.

Proud, who was disqualified from the 50m Butterfly event on the opening day of the competition, stormed to victory in a time of 21.35.

That was slightly slower than his semi-final time, when he set a Games record of 21.30, but the 23-year-old Plymouth Leander swimmer was delighted to have defended his title he won four years ago in Glasgow.

And he has set his sights on making it a hat-trick of Commonwealth Games gold medals at Birmingham in 2022.

“To be able to retain this title gives me more energy to be able to compete in four years’ time  in front of a home crowd in Birmingham. Hopefully, I’m still in good shape and I’ll try and get it for the third time.

“That’s a long time in the future but at least right now I’ve done all I can and I can keep moving forward.”

David Cumberlidge missed out on a bronze medal by 0.08 seconds as he finished fourth in 22.00. Australia’s Cameron McEvoy came third in 21.92. 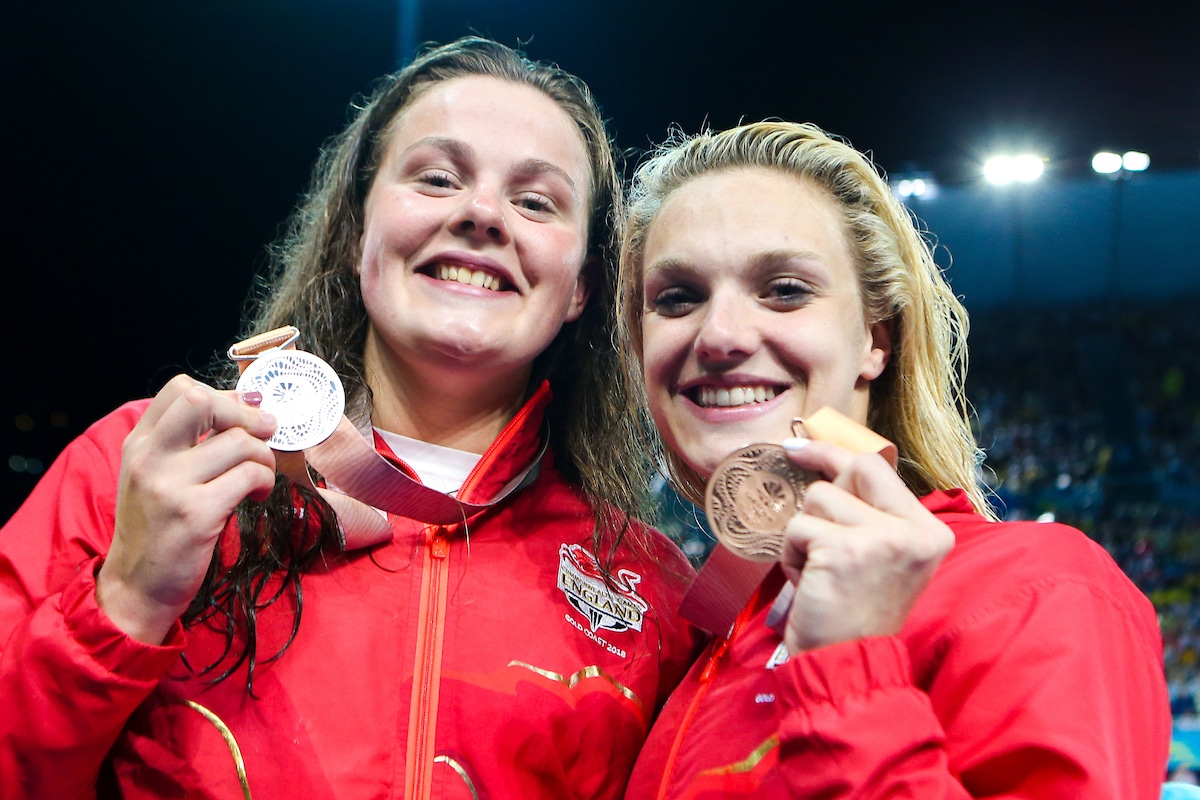 Australia’s Ariarne Titmus won the gold in a Games record time of 4:00.93 with Hibbott clocking 4:05.31 to take the silver.

Faulkner was just over two seconds further back as she claimed bronze in a time of 4:07.35.

Hibbott, who finished fourth in the 800m Freestyle final on Monday, said: “After last night’s fourth, which was really disappointing, I was really, really pleased to come and get a silver tonight.

“It’s great to have someone on the team get the bronze. Last night, Australia getting the one two three was not great. But to get silver and bronze tonight for Team England was amazing.

“It’s so helpful to have each other. We’re always pushing each other to see who can touch the other one out.”

Faulkner was delighted to have won bronze and said: “This medal has been a long time coming.

“At the last Commonwealth Games, I came fourth so I was determined to get a medal this time. [The race was] a bit off my personal best but I’m really happy.

“I was determined not to let it be a fourth position, especially after coming fourth in the 200m event as well. Fourth is not a place you want to be. You want to be on that podium.

“I saw one of the girls to my left. I was thinking she’s coming, but I wasn’t going to let her have it.

“It’s amazing to get an individual medal.”