The Men’s 4x100m Freestyle relay team had qualified comfortably from the morning’s semi-final and were led out by Archie Goodburn and Northampton Swimming Club’s Edward Mildred in the final.

The pair had Britain in contention, but it was a blistering swim of 49.14s by Matthew Richards on the third leg that put them in the podium positions.

14-year-old Jacob Whittle – of Derventio Excel Swim Squad – was tasked with leading the team home and he never looked like relinquishing their place.

The Derventio Excel Swim Squad member dipped under 50 seconds on the final leg to seal the bronze for Britain, who finished in 3:19.88. 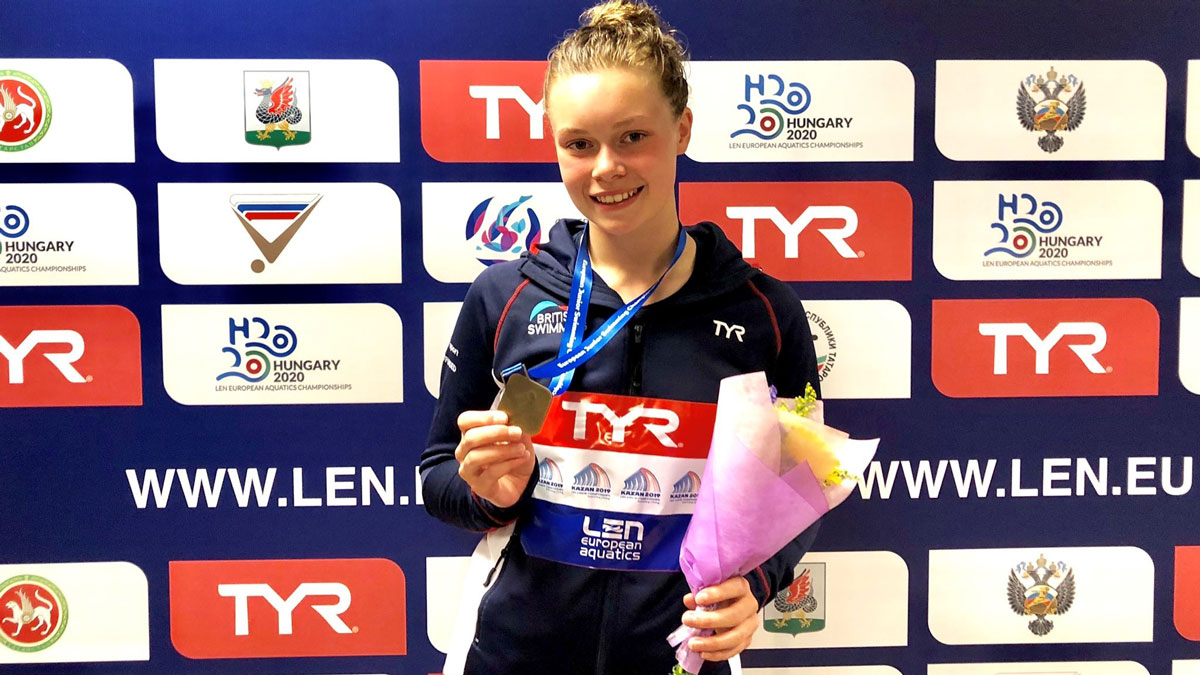 Nova Centurion’s Colbert was third heading into the final stroke, but Scottish swimmer Shanahan produced a blistering finish to touch the wall in 4:43.36.

Colbert was just 0.18s behind to take fourth place.

She improved on her semi-final time to touch the wall in 31.47s, finishing fourth.

Osrin lays down a marker

Honey Osrin will fancy her chances of winning a medal in the Women’s 200m Backstroke.

The Plymouth Leander swimmer won her semi-final in 2:11.57, taking plenty of confidence into Thursday’s final.

No joy in day one swansong

The Women’s 4x100m Freestyle relay team improved on their preliminary round time in the last event of the night, but finished seventh in a tight final.