Great Britain’s swimmers have yet again increased their medal tally as another five medals were won by the team in Budapest.

Performances from Molly Renshaw, Kathleen Dawson, Tom Dean, Duncan Scott and the Women’s 4x200m Freestyle Relay team collected three golds, one silver and a bronze between them on the fifth day of competition.

She led from the beginning and held a strong pace throughout which proved too much for her competitors and brought her the European title in her main event.

Her teammate, Abbie Wood, was in a tight race with the rest of the field for the remaining podium spots and ultimately finished fifth in 2:22.78. The silver medal went to Switzerland’s Lisa Mamie (2:22.05) while the bronze was won by Russia’s Yuliya Efimova (2:22.16). 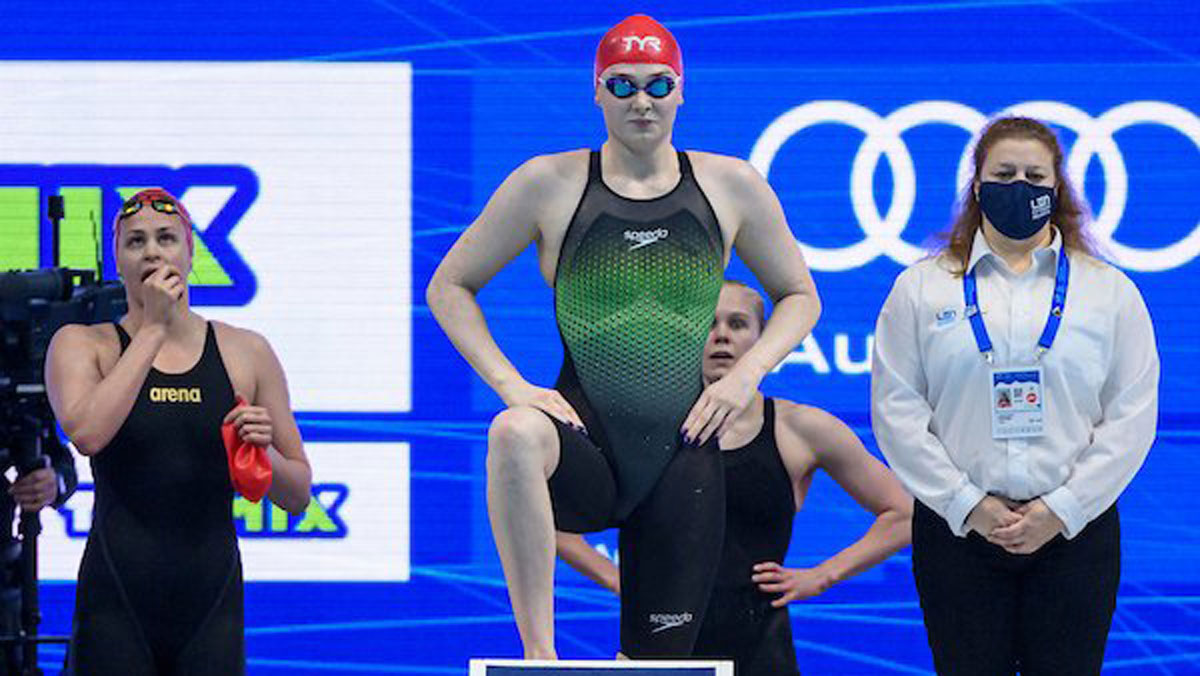 The Women’s 4x200m Freestyle Relay put on a superb display to win the event in a time of 7:53.15, almost three seconds ahead of their nearest challenger Hungary.

A strong lead-out by Lucy Hope (1:58.45) was backed up by final-leg swimmer Freya Anderson who cemented their win with a scorching time of 1:56.40.

Anderson’s split was the fastest of the entire field, notably faster than that of Italian Federica Pellegrini (1:56.54) who holds the World record in the individual 200m Freestyle (1:52.98). In third place was Italy in a time of 7:56.72.

Duncan Scott and Tom Dean fought tooth and nail in the final of the Men’s 200m Freestyle where they finished second and third respectively.

A strong back-end from Bath’s Dean saw him clawing back to the bronze medal after turning in fifth position at the 100-meter mark. Scott commanded the race from the beginning and paced an even swim to claim the silver medal.

Both men shaved roughly a second off their times from the semifinals and were bettered only by Martin Malyutin of Russia who won gold in 1:44.79. 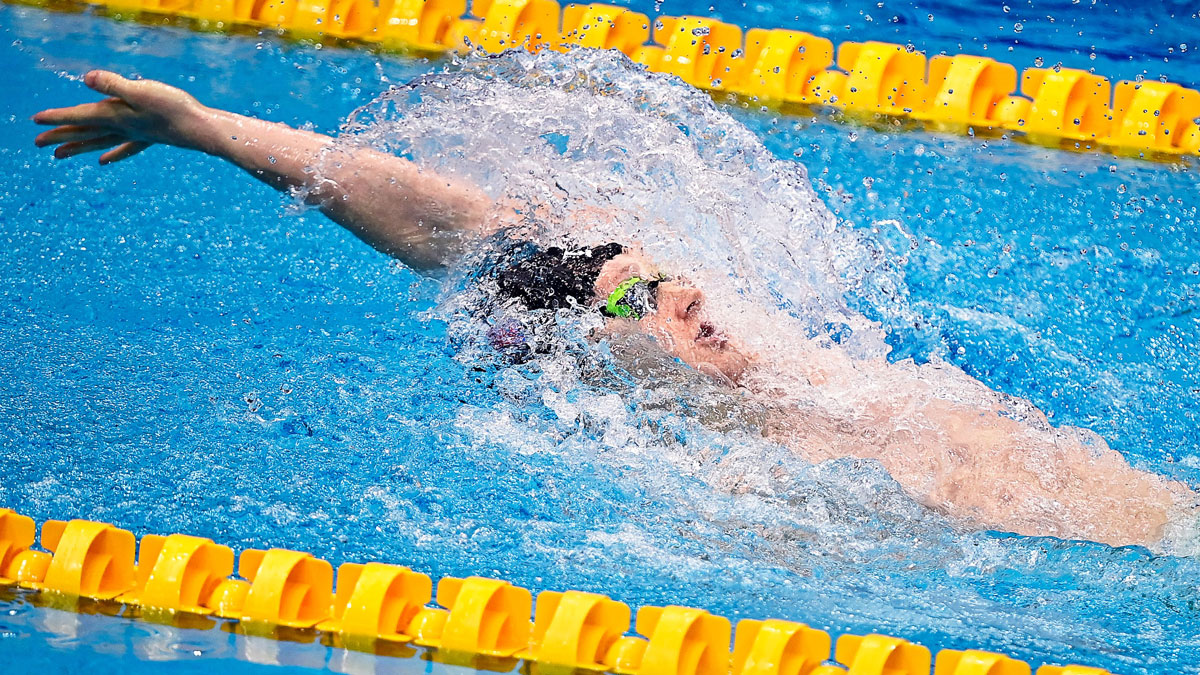 One of the standout performances of the evening was Luke Greenbank’s British record-breaking swim in the semifinal of the Men’s 200m Backstroke.

Swimming in lane four, Greenbank clocked a time of 1:54.43 to take down his own previous record of 1:54.67 which he set just this morning in the prelims of this event.

His recent strong form has been a common theme both here at the European Championships and also during the recently-held Manchester meets in February and March.

He previously broke James Goddard’s 10-year-old record of 1:55.58 while swimming at the British Swimming Invitation Meet. He now heads into the final of the 200m Backstroke in first position.

Freya Anderson and Anna Hopkin have powered their way through the semifinals of the Women’s 100m Freestyle to qualify for tomorrow night’s final.

Hopkin, who was part of the European record-breaking Mixed 4x100m Medley Relay, posted a time of 53.74 to qualify in seventh position. That mark is just 0.5 off her best time of 53.21 which she swam at the 2019 World Championships in Gwangju.

Her teammate Anderson heads into the final in seventh place with her time of 53.93. The freestyle-ace has had an impressive run at these championships so far and added an individual bronze to her medal count yesterday in the 200m Freestyle.

Peaty looks to do breaststroke double

Peaty’s Loughborough National Centre teammate James Wilby failed to progress to the final of the event after swimming a time of 27.35 in the semifinals. He did, however, shave 0.16 off his time from the prelims.

Wilby swam a stellar race in the 100m Breaststroke to win a bronze medal alongside teammate Peaty. A strong back-half saw him moving up from fifth at the 50m mark to third overall in a time that was just off his lifetime best of 58.46.

Less than half an hour after competing in the Women’s 200m Breaststroke final, Abbie Wood had lots left in the tank as she swam a time of 2:10.81 in the semifinal of the 200m Individual Medley.

The Loughborough athlete has a best time of 2:09.23 which she set at the British Olympic Trials last month. Here she qualifies in fifth position ahead of the final which is undoubtedly going to be an exciting race.

Fellow GB swimmer Aimee Willmott was just outside a finals spot with her time of 2:12.42 and finished in tenth place overall. The Stirling-based athlete swam a brilliant race on day one of competition to take home the silver medal in the 400m Individual Medley.

Scotland’s Kathleen Dawson opened up the finals session with Team GB’s first gold medal of the evening in the Women’s 100m Backstroke.

In a dramatic turn of events, the final was to be re-run after a reported problem with the timing system at the beginning of the race.

Also racing in both final’s was Stirling’s Cassie Wild who duplicated her fifth-place finish in both races with times of 59.82 and 59.68.