Swim Wales West continued their form from last year, pushing themselves to the top of the Division Two table at the ASA National County Team Championships 2015 at Ponds Forge in Sheffield.

Having finished in fifth place at last year’s event, they were battling last year’s relegated counties Essex, Nottinghamshire, Warwickshire and Cumbria to make their way back into the top flight.

Swim Wales West claimed 467 points, just ahead of Swim Wales East who finished on 452 overall. Essex and Nottinghamshire managed to fight to be promoted once again into Division One for next year, scoring 447 and 445 respectively.

Mari Davies handed the winners the perfect start to the day, touching just 0.48 seconds shy of the Welsh senior record as she clocked the fastest 100m Freestyle time of the day to take maximum points with a PB 55.69.

Swim Wales West landed their second decisive victory in the boys’ 14/15yrs 100m Butterfly, in which Lewis Fraser took the top points score with a time of 56.91. Northamptonshire’s Danny Savage followed up in second on 57.85 and Kane Murcott of Staffordshire was third (59.02).

Fraser completed the second half of an individual double shortly after, taking the 100m Breaststroke title in a PB 1:06.74. 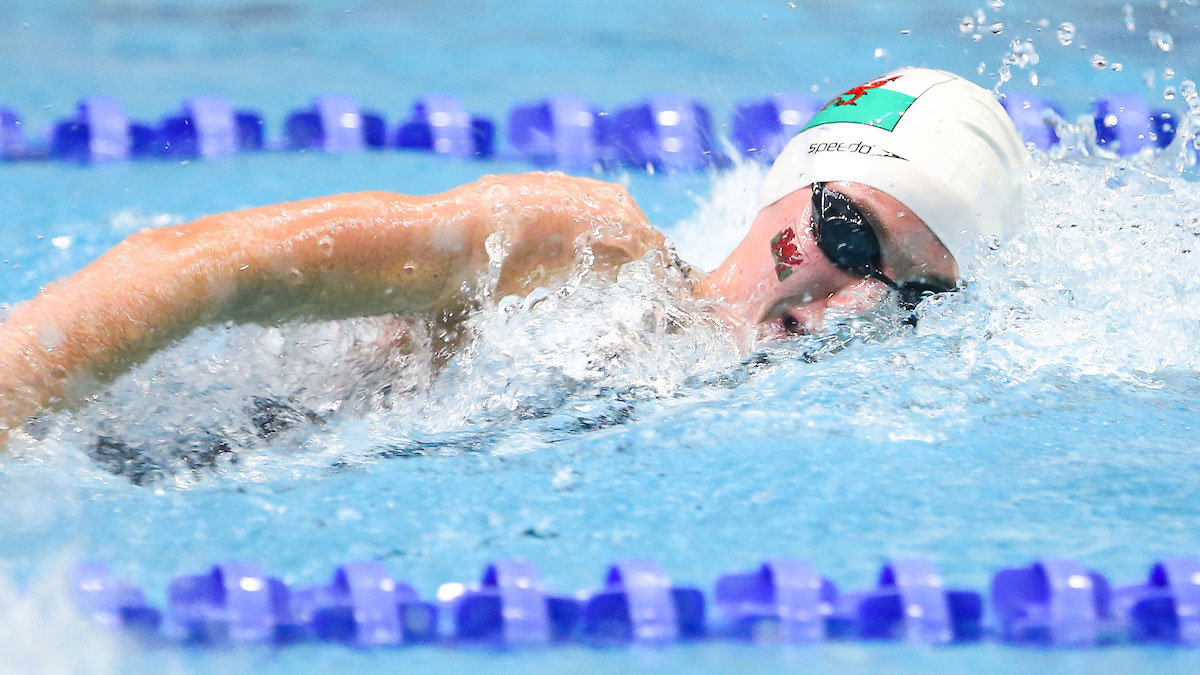 Great to be back up in the top division

“It feels really good. It’s great to be back up in the top division again,” said the Swim Wales West team captains. “We’re one of those teams which is a bit of a yo-yo team. So we perform well some years and not so well others.

“A lot of our swimmers have really improved, and really you just have to come here and try your best, which is what we did today.

“It’s a good team environment, the atmosphere is really great. Everyone just gets behind each other and it’s just really nice to be part of it.”

While the Welsh regions, Essex and Notts were toasting their promotion, there was also reason to celebrate for Northamptonshire.

Less than 20 minutes later, Savage doubled Northants‘ win tally for the day. He set a PB 52.83 for individual victory in the 14/15 Yrs 100m Freestyle.