Laura Stephens admits that the people she has met through swimming are now like family, as she aims to make them proud in Tokyo.

The 22-year-old explains that ‘swimming really makes you bond with the people around you’ as she prepares to make her 11 year-long ‘childhood dream’ come true at this summer’s Olympics.

Stephens swam an Olympic consideration time in the Women’s 200m Butterfly event at the British Swimming Glasgow Meet, the final opportunity to do so.

As a result, the butterfly specialist was awarded with a place on the Olympic team, and she describes the journey as a ‘compete rollercoaster’. 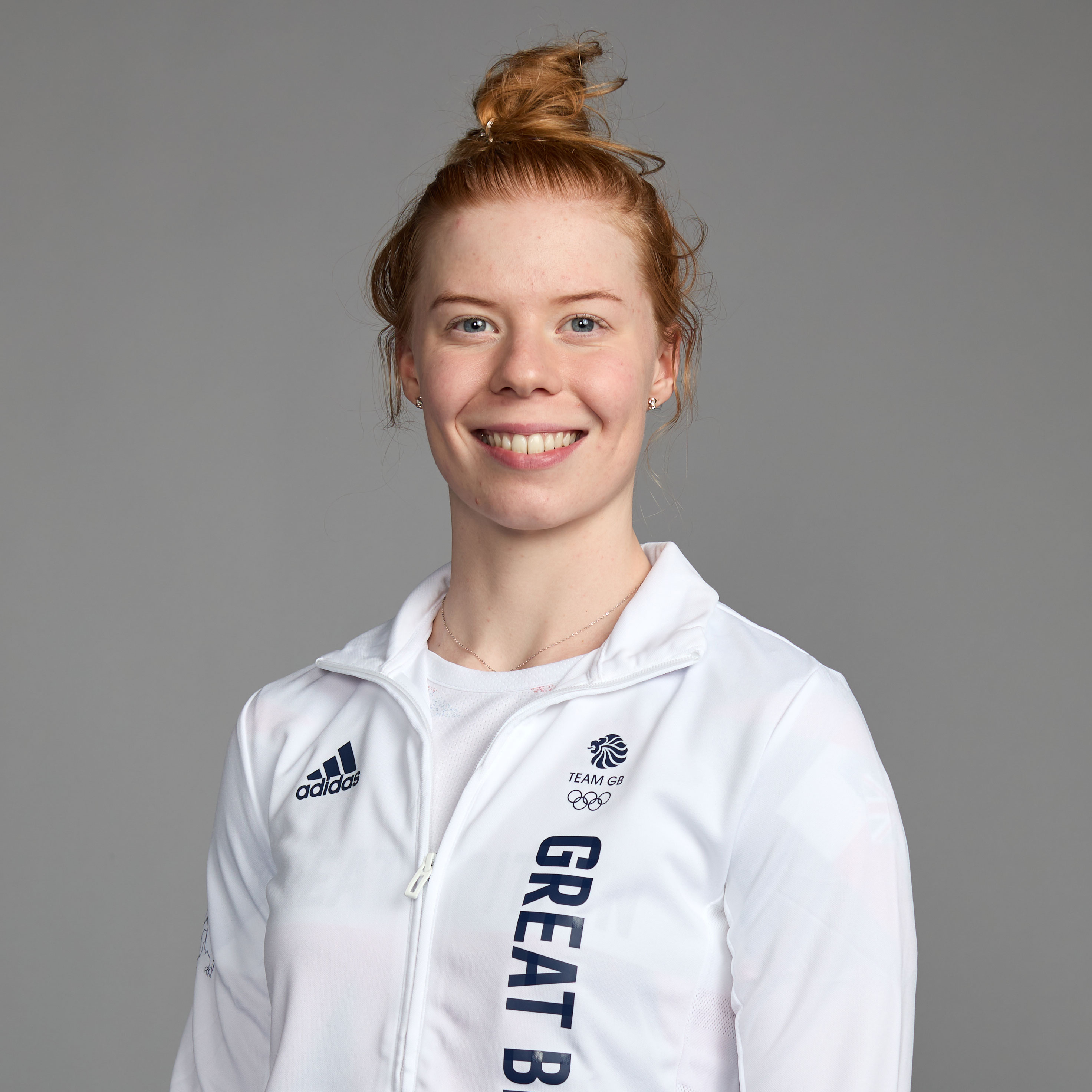 “It’s really difficult to sum up into words exactly how excited I am, I mean it’s been my childhood dream for eleven years now,” said Stephens.

“When I started training I was only nine years old and I can remember, I watched the Beijing 2008 Games and I thought – ‘I’d like to do that’ and now here I am.

“It’s been a complete rollercoaster really, I wasn’t expecting such a great time. I really hoped I had a shot at the qualification of course but to swim the time and do such a big PB as well.

“It was really just a confidence boost and just shows me that all the hard work that I have been doing really has paid off.”

When she was given the news that she would be part of Team GB, it was an emotional time.

“I just couldn’t believe it,” she said. “I was then straight on the phone to my mum. She was crying, the whole family were crying, so it was a sense of relief, it was just everything.

“I just want to literally try and remember as much as I can. Just take in every single moment, learn from the other guys on the team that are a lot more experienced than I am, and just enjoy every second because this is really a once in a lifetime opportunity.”

Excited to see where it goes 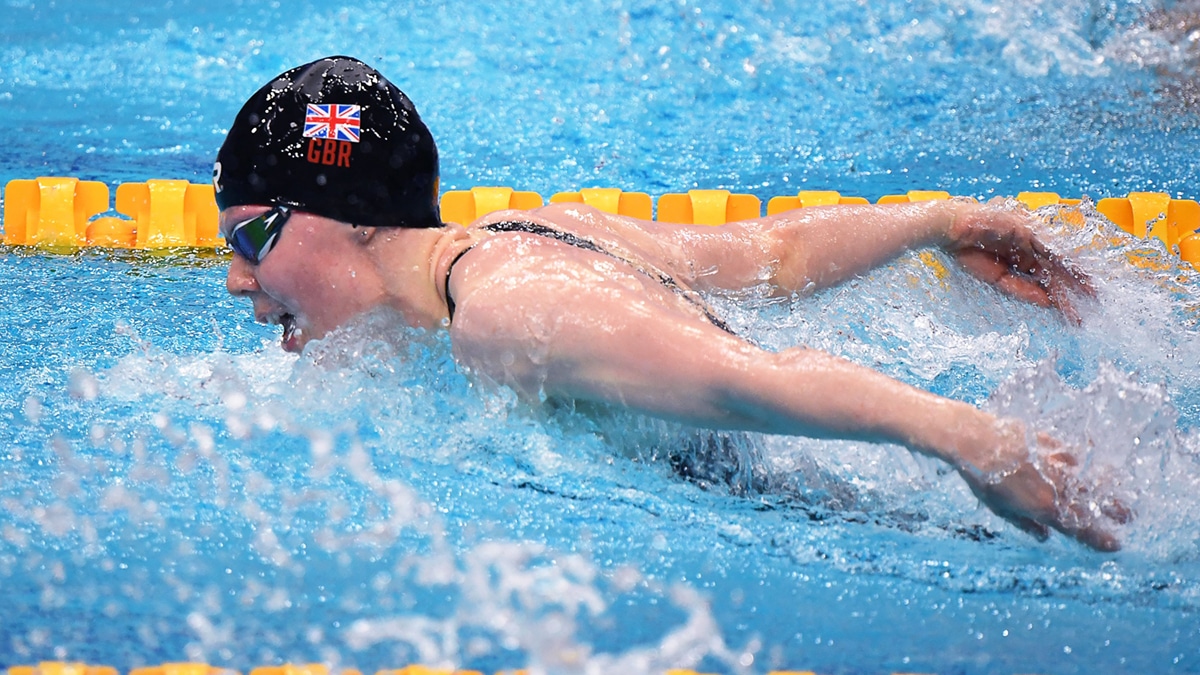 From looking ahead to her debut Olympics, to reminiscing about where it all started, Stephens recalls the ‘amazing experience’ that learning to swim and club swimming has given her.

She said: “Swimming for me started just through the basic learn to swim programme. My mum wanted me to swim from a very early age so both me and I have an older sister, we got into swimming and things sort of led on from there.

“The next thing, we were doing club training at Harwich Swimming Club, which is a small swimming club in Essex.

“I’ll be honest, I didn’t really enjoy swimming to start off with, but it was really when I started competing that I fell in love with the sport.

“From there I grew and moved to Colchester Swimming Club as well, swam there for three years, they got me to the European Youth Olympic Festival which was my first international debut as a junior swimmer so that was very exciting.

“Then from there I went to Plymouth Leander and that’s where I am now.

“Swimming has been a part of my life and part of my family’s life literally since I can remember. We started swimming so early on and it’s important for so many things, just to mention water safety for kids I think.

“The fact that I then joined the club – that was just for fun, it was social. I’ve got friends from swimming, I’ve still got friends from when I was nine years old so swimming really makes you bond with the people around you.

“The people that I have met through swimming are now family really and I wouldn’t be here today if my mum hadn’t got me into those swimming sessions.

“I’m sure as well if my sister hadn’t been doing it I probably wouldn’t have taken to it as well. So that whole journey I look back on it and it’s been an amazing experience and I’m really excited to see where it goes.”

Laughing as she shared one of her earliest swimming memories, Stephens said: “I remember my first competition, I did the 50m Butterfly and it was at the club champs.

“I did a freestyle tumble turn so I got disqualified but here we are, I don’t do freestyle turns anymore so I’ve learned my lesson.” 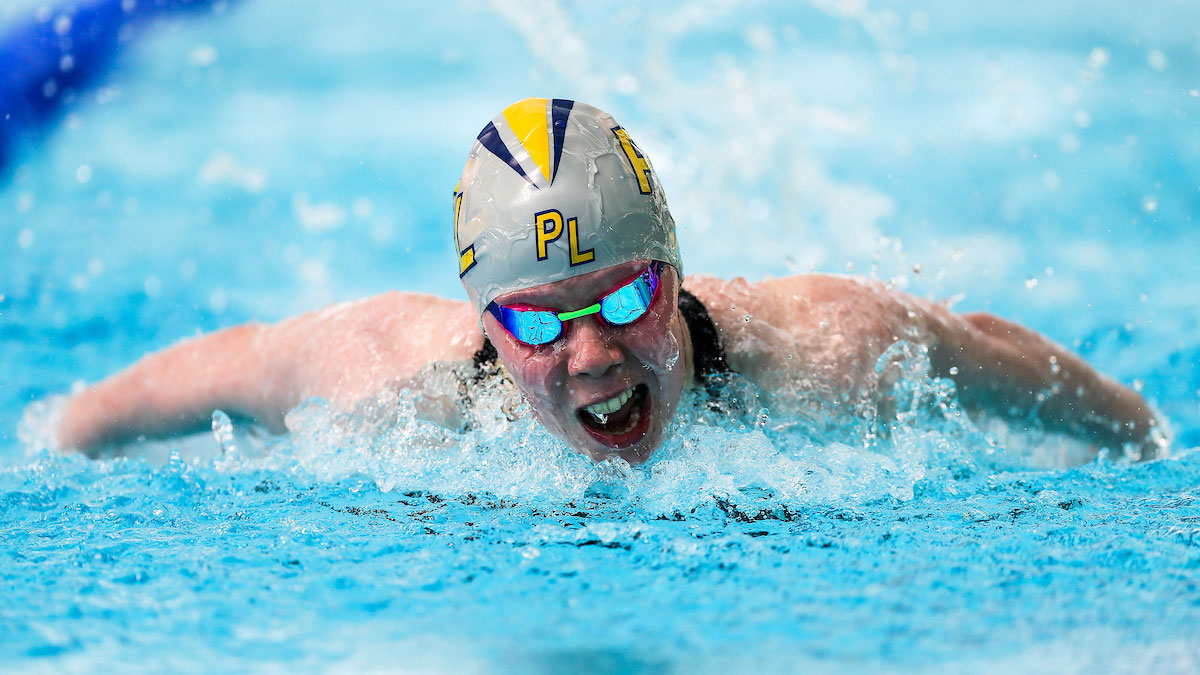 A ‘big part’ of her journey so far, she credits to her coaches, Katie Higgin and Michelle Young.

“My first coach was Katie Higgin, she took me at Harwich and I think despite all of the tears around training, she quickly saw that I had this flair for butterfly.

“Then my second coach Michelle Young at Colchester, she was really the one that developed that and that was when I really started training hard and started doing seven or eight sessions a week regularly.

“I’m still really close with Michelle – we talk on the phone every now and again, I go and see her when I go home and she’s still such a big part of the journey for me. Her support really means a lot.

As well as great coaches, the Plymouth Leander swimmer puts her success down to ‘hard work’.

“The main message for me is – anyone can do it, you just need to work hard,” she added.

“There was nothing special about me or any of the others on the team. When you’re 10 and 11 years old you just learn to love the sport, you learn to push yourself, work hard and don’t give up – that’s the main thing.

“Alright, you might see the results on television or whatever and you think ‘wow their journey must have been smooth sailing’ but I can tell you it is not.

“There’s been so many ups and downs so when you do feel like you’re in a down period and not improving, just keep going and don’t give up.”