Eight days of swimming action kicks off at the Tokyo Aquatics Centre on Saturday 24 July with Parry relishing the prospect of what he says is the strongest GB team for a while can achieve.

Impressive performances in the 2019 World Championships in Gwangju, South Korea, and topping the medal table at the recent European Aquatics Championships in Budapest, Hungary, are among the reasons why Parry is so upbeat about Team GB’s chances of success.

“I’m excited,” said Parry, who won a bronze medal in the 200m Butterfly at the 2004 Athens Olympic Games. “I don’t think we’ve seen a stronger team for a while.

“I think it’s a fantastic blend of experience and younger talent – and that can be explosive in terms of performance.

“Having the likes of Adam Peaty, James Guy and Duncan Scott there that have been there and done it before gives everyone else a level of belief.

“And then you’ve got a combination of younger talent there that doesn’t seem to be scared of anything and that’s why we have had such strong performances for many, many years.

“I’m excited to see how they do against the Americans who always turn up at the Olympics but also the Australians who, on paper, look better than the Americans this year. 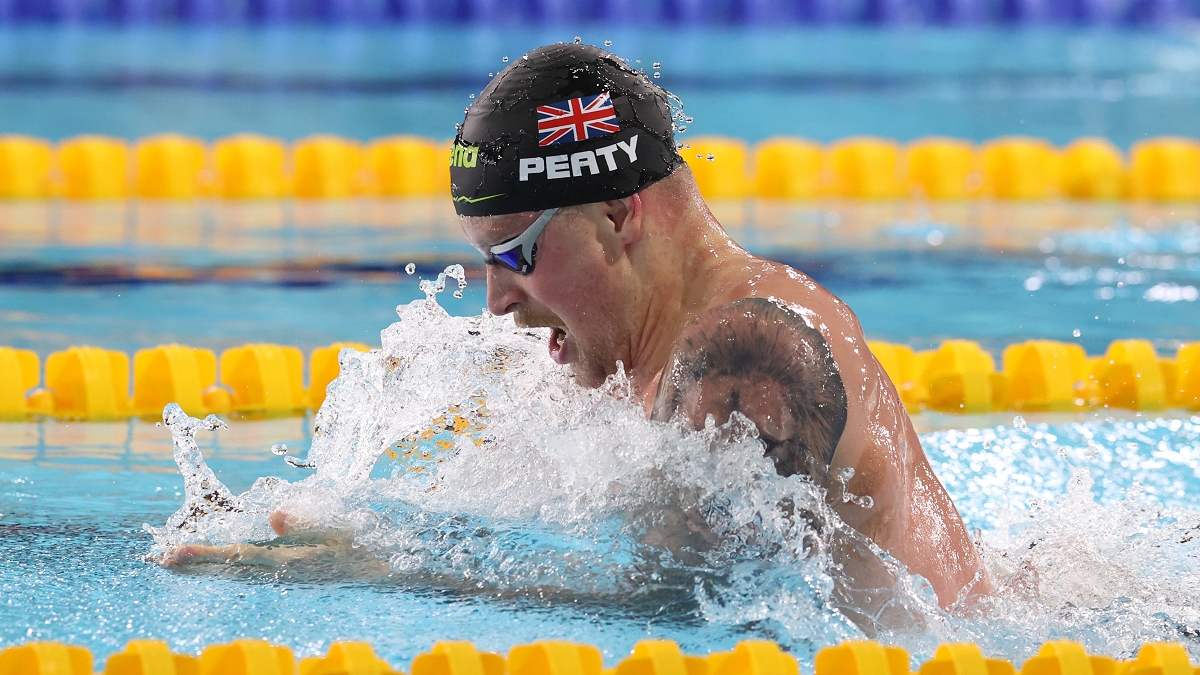 “So can the Brits do it against those teams, not to mention all the Asian teams who will be bang up for it because it’s in their backyard.”

Parry, who will be commentating for BBC Radio 5 Live during the Olympic Games, reckons Team GB’s tally of six medals at the Rio 2016 Games – one gold and five silvers – can be eclipsed in Japan.

While Adam Peaty will be aiming to become the first British swimmer to defend an Olympic title, Parry says there are also several other opportunities to top the podium.

“Adam Peaty he has to be one of the biggest odds-on favourites for any gold medal at any Games,” he said. “The question is how close can he go to his world record?

“It will be incredibly tough to beat his world record. If you break Adam’s performance down into four segments and pick the best ones from all the years, you come out with a 56.3 or 56.4.

“So he is capable but I would consider that to be a perfect swim – so it’s whether he can get that. One thing for sure, he’s going to be 57 low or 56 high.

“The world record, though, is the cherry on the top. It’s about the hardware. The more significant event for Adam is can he be the first Brit ever to back up a gold medal in successive Games.

“There’s a reason it’s not happened before and that’s because it’s incredibly tough to do so I think he’ll be focused on that. 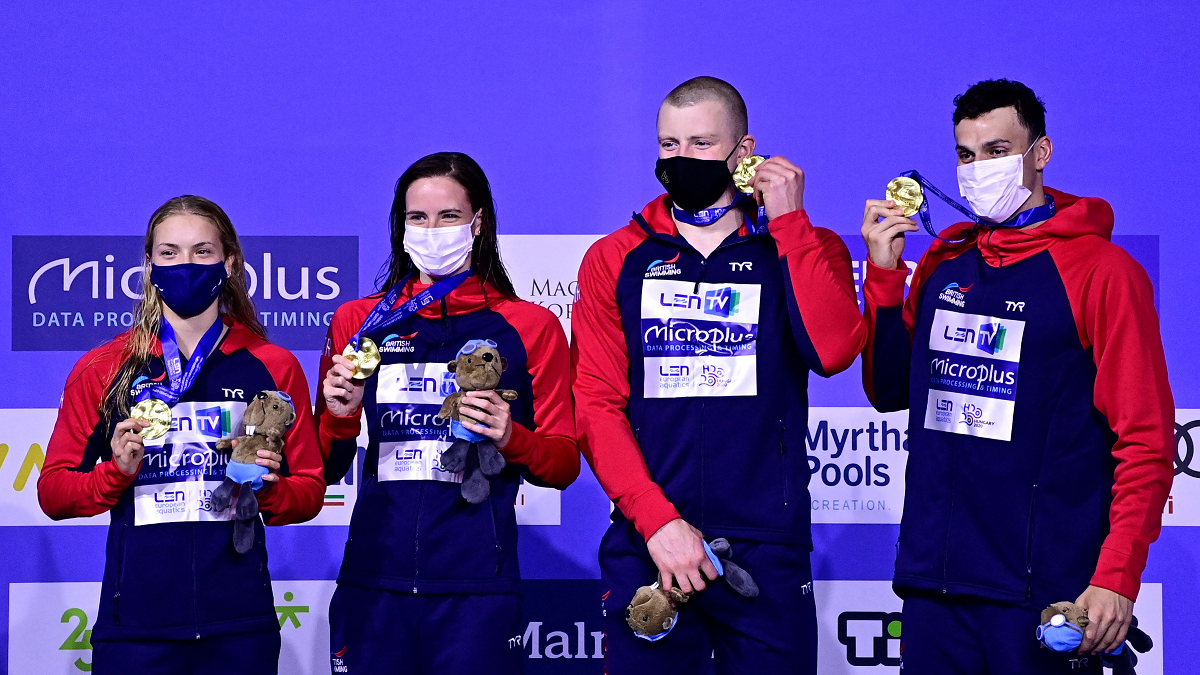 “What’s great about this team is they don’t seem to have any fear. They have gone from successive meets and really delivered when it counts and that will give them a load of confidence.

“There are a couple of other options I could see us pushing for top honours in the relays – the men’s 4x200m Freestyle and the 4x100m Mixed Medley.

“I wasn’t supportive of a mixed event as I thought there was enough events in swimming but I think I was being a little bit naive – we are really, really good at it.

“Those are the events you do get excited about because there can be a real turnaround  in how the event unfolds and I think it’s really appealing to the mass public as well – people who haven’t really seen swimming can relate to that.

“It’s fascinating to see how it pans out and it’s one of the races I most enjoy commentating on.”

Parry thought a lack of fans would initially be a problem but now doesn’t think an empty Tokyo Aquatics Centre will be an issue for Team GB’s swimmers – as he recalled the feeling of standing on the blocks in an Olympic final.

He said: “I really thought no fans might make a difference, a huge of difference to people’s level of performance as having 15,000 people in the crowd really does raise the atmosphere. 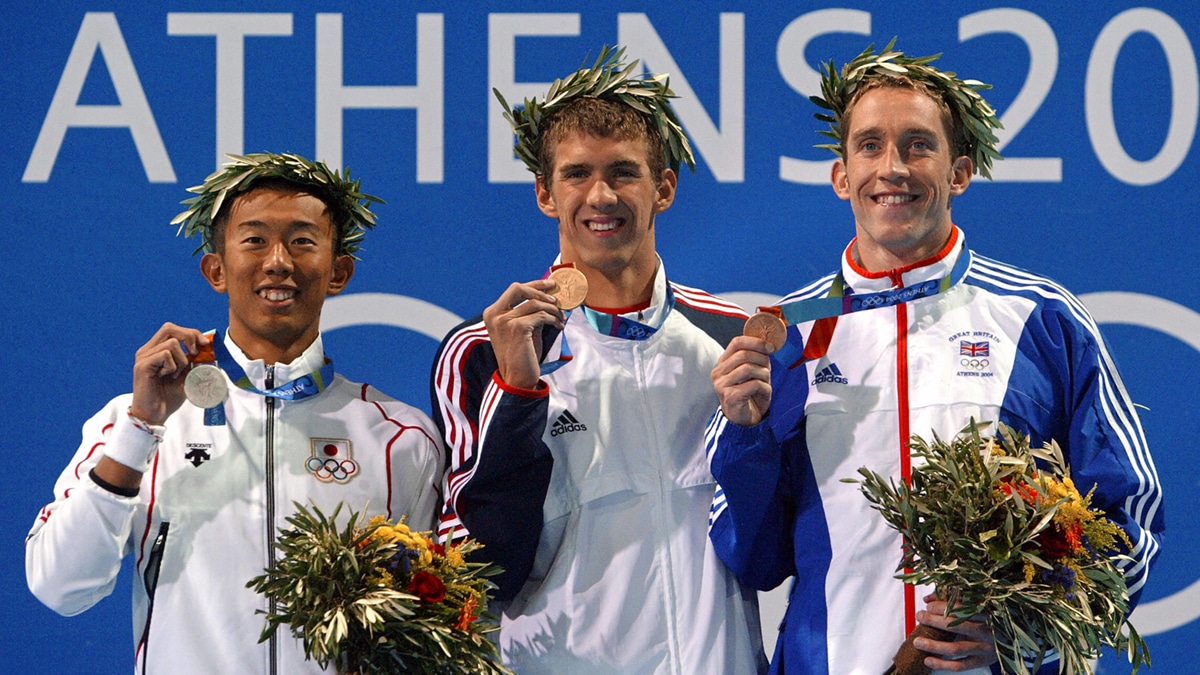 “But I have been really surprised as it doesn’t seem to have impacted the level of performance at previous meets.

“Once athletes have got their heads around the fact that parents won’t be there and friends and family haven’t got the opportunity to support, they have really managed to find a way to go through the process and deliver times.

“I don’t think that will be a consideration at all. There are Olympic medals on the line and people want to do personal bests at the Games and that’s what they will be focused on.

“With so many complications to get here with Covid and all the extra social distancing and keeping safe, I think the athletes will be primarily relieved to get on the blocks.

“British Swimming do a good job of actually trying to take the occasion out of it. They talk all the time about going through the process rather than the occasion.

“Looking round and seeing all the best talent in the world next to you it doesn’t half make you focused and it’s a feeling the like of which I will never have again.

“It’s so exciting to be in that position and I’m made up that they have managed to get this Olympics away, albeit a year late.

“The athletes deserve it and I think they will be incredibly excited and looking forward to performing.”