Challis, who is just 17-years-old, came second in the Women’s S3 50m Backstroke to win her first Paralympic medal at what is her maiden games.

Her time of 55.11 also knocked half a second off her previous British Record mark of 55.61 which she set while competing in Manchester earlier this year.

A lifetime best on the biggest stage of all 🌎 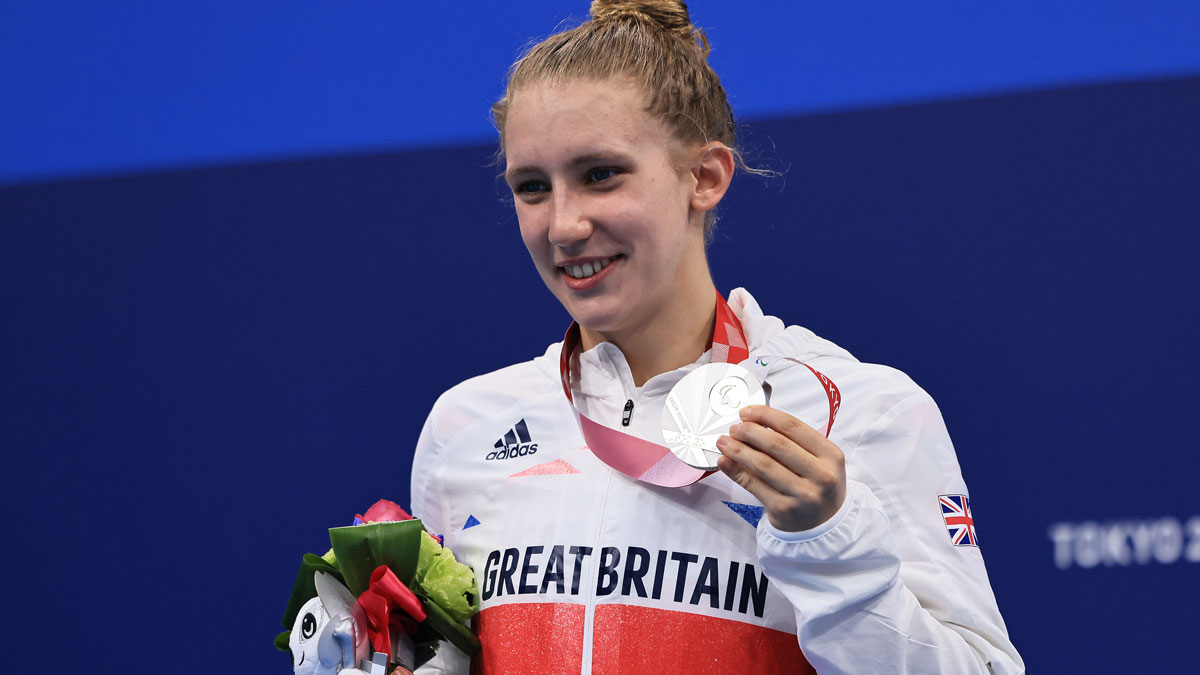 Overcome with emotion, Fiddes thanked her family and coaches back home saying she ‘couldn’t be there without them’.

“I’m just so shocked and overwhelmed,” she said. “My dad, he’s probably crying too. My family are so so supportive, I couldn’t be here without them.

“My dad, he came with me every single session. He’d support me through everything – school, anything I struggled with, he was there.”

Fiddes previously said she was disappointed with her swims so far at the Games, but said the support team around her helped her to turn it around and come back stronger.

“The support staff at British Swimming, having them support me made it so much more achievable.”

She shared a message to her family, saying: “Thank you so much for everything.

“I’d also like to say thank you to my coach Janko at home and all the girls, and my gym instructor – they’ve all done it, it’s such a team effort, I can’t stress that enough.

Elsewhere in the pool, Hannah Russell shaved even more time off her heat swim in the Women’s S12 50m Freestyle to finish in sixth place overall.

The Paralympic veteran, who retained her Paralympic title in the S12 100m Backstroke earlier in the week, clocked a time of 27.58 in the final.

She took a chunk off her heat swim time of 27.96 and moved ever closer to her personal best time of 27.01 from 2016, which doubles as the British Record in this event.

A hard-fought bronze for Scott Quinn in the Men’s SB14 100m Breaststroke saw him adding another Paralympic medal to his existing tally in style.

The Warrender Baths athlete won a silver medal in the same event at the Rio 2016 Paralympic Games, and today had a fantastic second 50 metres to win yet another Paralympic medal five years after his first.

His teammate Conner Morrison finished in eighth position with a time of 1:08.01, repeating the same time he clocked in the heats of this event.

An unfortunate takeover infringment by Great Britain in the Women’s 4x100m Freestyle 34 points relay meant that the team of Stephanie Millward, Zara Mullooly, Grace Harvey and Toni Shaw were disqualified.