Reece Dunn admitted the disappointment of missing out on a Paralympic title had spurred him on as he set a new world record to top the podium in the Men’s S14 200m Freestyle.

Dunn won silver in the Men’s S14 100m Butterfly on the opening day of the Tokyo 2020 Games – but admitted he was disappointed not to have taken the gold.

However, the Plymouth Leander swimmer used that to motivate him and he led throughout the 200m Freestyle race to top the podium, clocking a new world record time of 1:52.40 to beat his previous best of 1:52.96 set in 2019.

The 200m Freestyle was the 25-year-old’s favoured event and the one he focused his training on during his preparation for Tokyo.

He said: “Amazing. This is the one that I trained for, put all my effort into training. Broke the world record as well so, it’s good. 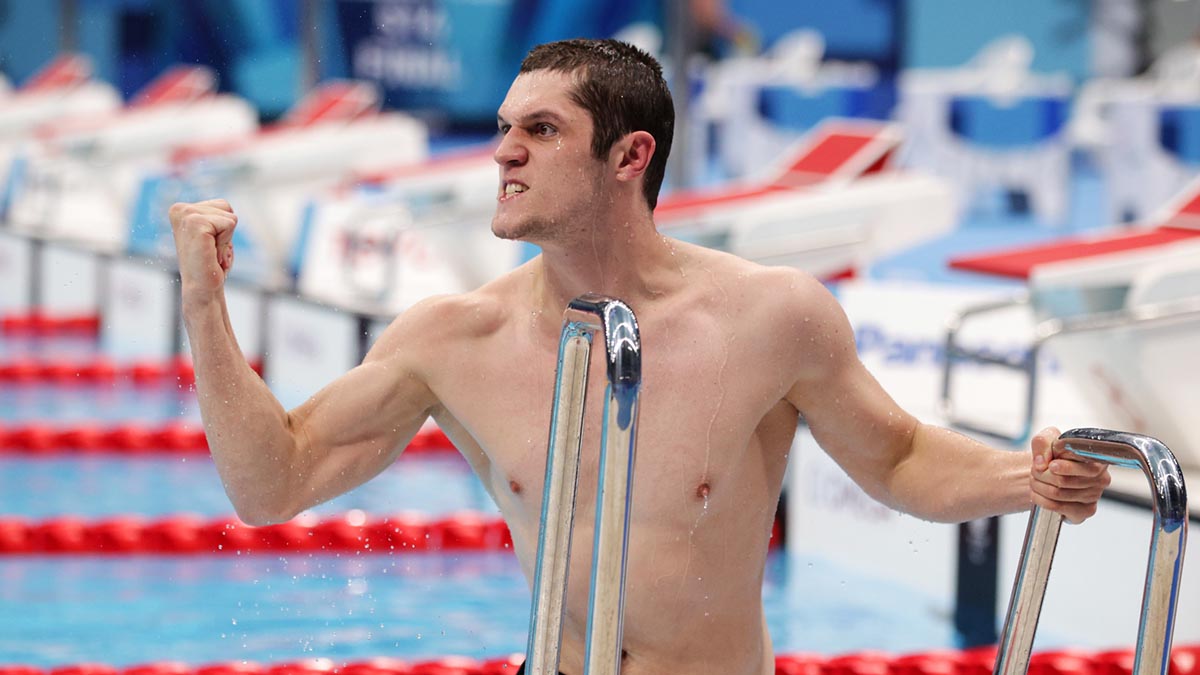 “It’s awesome. I mean after the disappointment of the 100m fly, it gave me more fuel, motivation, for the 200m there.

“I had a strong swim this morning, a comfortable cruise to see where I’m at. I knew I could do a fast time this evening.”

When asked about his battle with Brazilian swimmer Gabriel Bandeira who just beat Dunn to the touch in the 100m butterfly event, the British athlete said: “I knew he’d be strong on that back 50 so I needed to put him under pressure for the first 150 – try and make him burn some energy trying to catch me up – I was hurting.

“The first 150 was strong I think. I mean, it’s not bad with like 12 weeks training really post-Covid.”

In an interview with Channel 4 after Dunn’s win, his mum Julie said: “I’m lost for words, I don’t know what to say – absolutely amazing.

“So, so proud of him. He wanted that race very much, it’s just amazing. Two medals – can’t ask for more than that.”