Tully Kearney broke the world record as she won gold in the Women’s S5 100m Freestyle on the second day of the Paralympic Games.

After beating the 100m world record in the first half of her 200m event on the opening day, it was clear Kearney had another record-breaking swim in her locker.

She dominated the 100m Freestyle final from start to finish, getting away quickly and securing a body-length lead at the 50m turn.

A determined final 50m saw her achieve a time of 1:14.39 to smash the previous world record and add gold to the silver medal she won in the 200m race – and earn the title of Paralympic champion.

Kearney said: “I was obviously quite frustrated with myself for how I swam the race yesterday.

“Yesterday, I was aiming for the world record in the 200 and unfortunately, through the injury, I just didn’t have the fitness to hold on and obviously missed it and lost the gold.

“But today I was absolutely determined and no one was going to beat me. 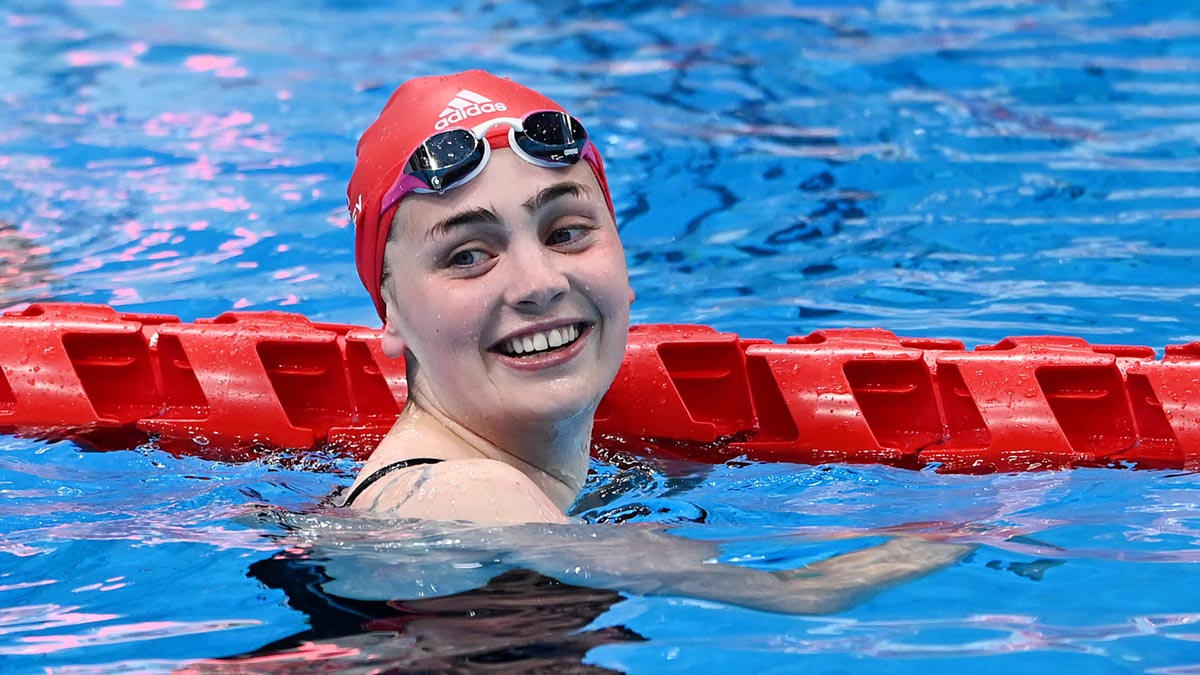 “I was going to go out there, I felt rubbish but I decided I’m just going to leave it all in the pool and see what I can do and it worked.

“I’ve got so many people to thank. Firstly my mum. After Rio I was told for the second time I’d never be able to swim again because of my shoulder physical limitation and for me at that point I didn’t even want to try to swim again.

“And if it wasn’t for her forcing me to swim again, not to this level, but she just wanted me to know that I could physically swim.

“If it wasn’t for her, I would not have pushed and being able to get back to this level is something that no one ever thought would be possible.

“So it’s absolutely incredible and even 19 days ago I was in so much pain with my shoulder that we didn’t think I’d be able to race and be physically fit.

Kearney’s British team-mate Suzanna Hext also put on a great performance to finish in a time of 1:22.49, but just missed out on a bronze medal by 0.06 as she finished fourth for the second time in the Games.