Toni Shaw storms to gold in Women's 400 Freestyle in Aberdeen

Shaw’s display came as the Citi Para Swimming World Series, which also doubles up as the British Para Swimming Championships, got underway in Aberdeen.

The race promised to be a highlight of the evening as it was one of the most tightly contested heats of the morning sessions.

Speaking on her win, Shaw said: “I’m quite happy with that swim. I’ve actually been training more for the 100m Freestyle for the Commonwealth Games and the 200m Individual Medley as well.

“I was quite nervous beforehand thinking ‘I’ve not done enough to do this’ but I kind of just dived in and it felt okay, so I’m really happy with it.

“I trained literally for a whole year for this event (the 400m Freestyle) so I think it’s quite nice to have a different focus for a bit but obviously still race it. I think I’ll get back to training for it more next year and hopefully I’ll be able to go quicker.

“I really like Stirling. There’s more responsibility on doing everything for myself. I was kind of expecting a bit of a drop, and that did happen, I didn’t race as fast for a while, but to be back here racing close to my PB gives me confidence in what I’m doing. I love training there and being happy definitely helps you swim faster.

“Here in Aberdeen, it’s a great pool, being back here at what I still consider my home pool is so special. I’ve seen Conner (Morrison) who I used to train with every day and catch up with Gregor and to be home for a few days, it feels special.”

Closely in second was Paralympic champion Maisie Summers-Newton who finished in 5:31.28 (777 points) and added another podium finish to her bout at these championships.

Ireland’s Roisin Ni Riain added another medal to her collection and finished in third in the event by collecting 765 points in a time of 4:43.72.

Ellie Challis secured a bronze medal in the Women’s MC 50m Butterfly in the first final of the evening.

In the silver medal position was Ireland’s Nicole Turner who gathered 711 points with her time of 38.71 in the event.

In the men’s equivalent, Javier Torres of Spain won gold with 524 points and a time of 50.19 and was followed closely by Sebastien Williams of Mount Kelly who gained 497 points with a time of 37.72 and took silver.

The bronze medal went to Leo McCrea of Switzerland with a time of 39.26 and a total of 441 points.

Germany’s Justin Kaps followed closely behind to take the silver medal with 767 points, touching the wall in 4:19.59.

On his bronze medal win, Jones said: “I’m really pleased. It’s not been my focus this year, my focus has been sprints for the 50m at the Commonwealth Games, so going into it, it was a bit of an unknown.

“This morning, it was learning how to re-swim it, since I last did it in June last year. I’m pleased with that, I’m happy with the result and I’ll take that! Now I’ll go away, swim down and the recovery strategy has to be on point because it’s quite a fast turnaround between this event and the 50m heats.” 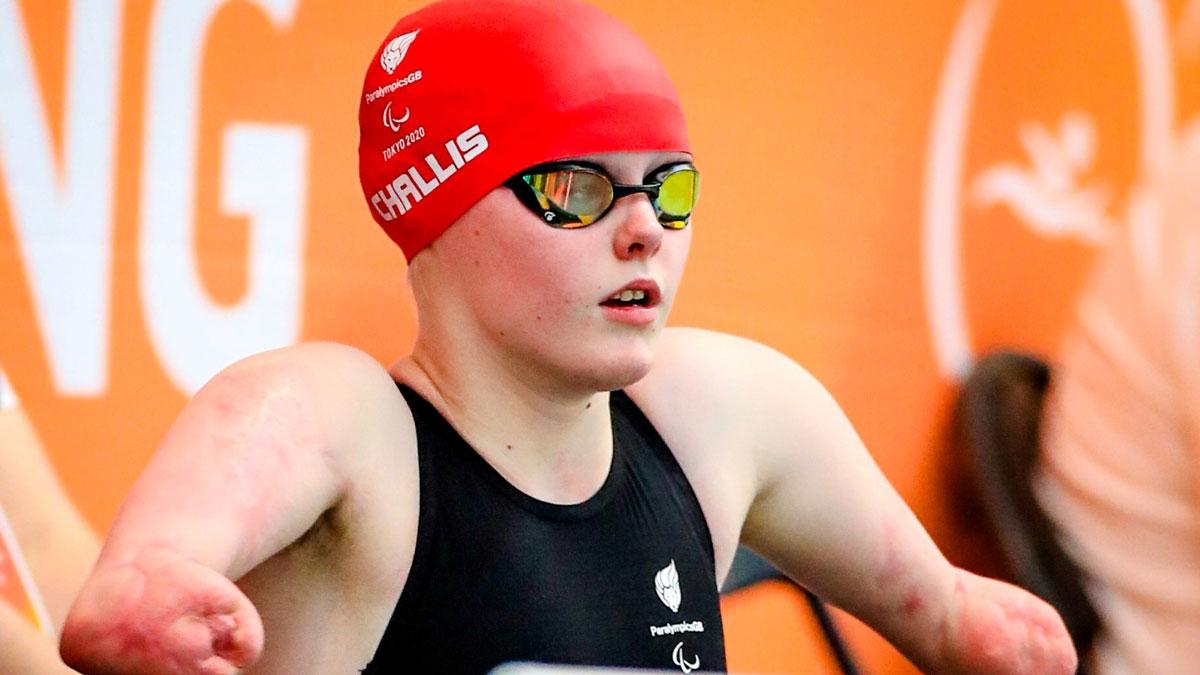 Firth and Applegate battle for gold

Paralympic champion Bethany Firth (SM14) and Jessica-Jane Applegate (SM14) battled it out for the gold medal in the Women’s MC 200m Freestyle final.

On her win, Firth said: “I always love swimming the World Series finals, especially against the GB girls, because we always push each other on,” said the swimmer who is coached by Nelson Lindsay.

“It’s really tough sometimes when you’re training by yourself, so to come together and race against these girls really gives you a bit of motivation for when you go home and train again.

“It wouldn’t be Bethany Firth if I didn’t have an injury! It’s been quite challenging and painful, but we’ve got through the meet and I’m really happy about that – it just goes to show how great the support around me is, the British Para-Swimming physio and my physios at home, just to allow me to come here and race, because I haven’t raced since Tokyo.”

Hatfield’s Louise Fiddes finished in the bronze medal position with a time of 2:12.54 and a total of 781 points.

Team Waveney’s Jordan Catchpole was victorious in the Men’s MC 200m Freestyle ahead of Glasgow’s Louis Lawlor who finished in second.