City of Liverpool’s Tyler Melbourne-Smith added another two gold medals to his tally at the Swim England National Winter Championships.

The 17-year-old became both the Junior and Open champion in the Men’s 400m Freestyle at Sheffield’s Ponds Forge International Pool.

He had asserted himself into a two-second lead as they reached the halfway stage and never looked back as he stormed to victory.

Melbourne-Smith ended up finishing in 3:45.74, 3.27 ahead of SFA Canada’s Colllyn Cagne finished second to claim a commemorative silver medal. 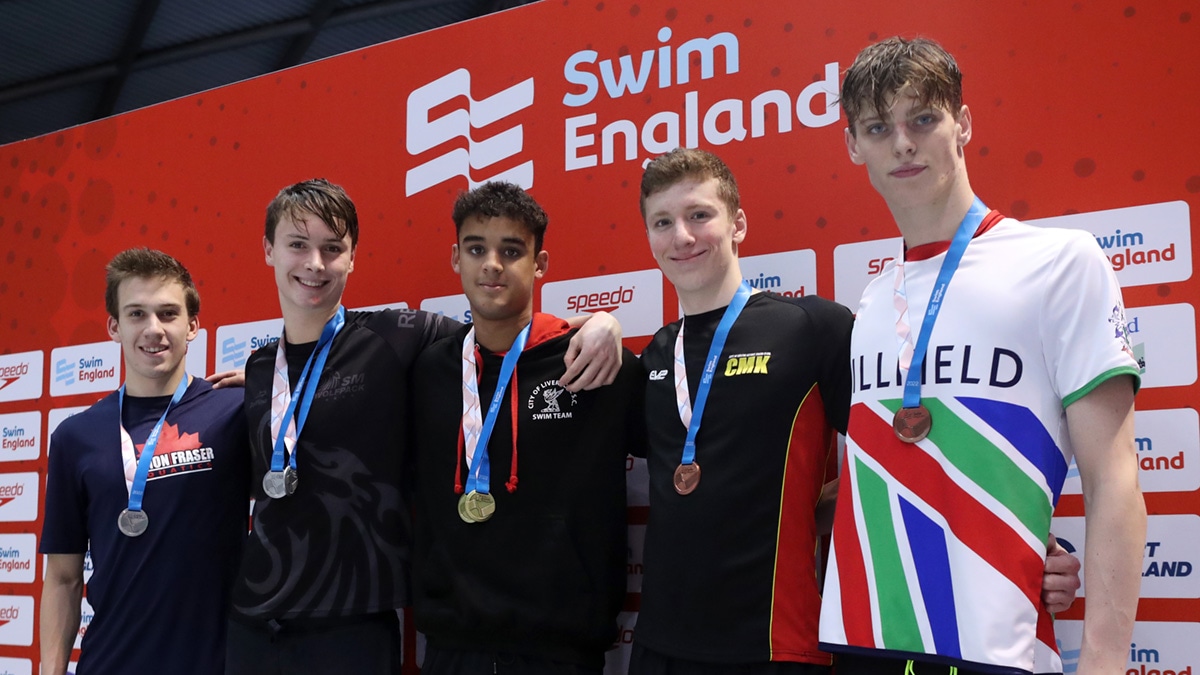 Stockport’s Reece Grady (3.49.47) won the open bronze medal after finishing narrowly behind Cagne, with Millfield’s Alexander Sargeant claiming bronze in a time of 3:49.55.

Grady also won the junior silver medal for his efforts.

It’s Melbourne-Smith’s sixth gold medal of the championships after taking both the open and junior titles in both the Men’s 1500m and 800m Freestyle events. 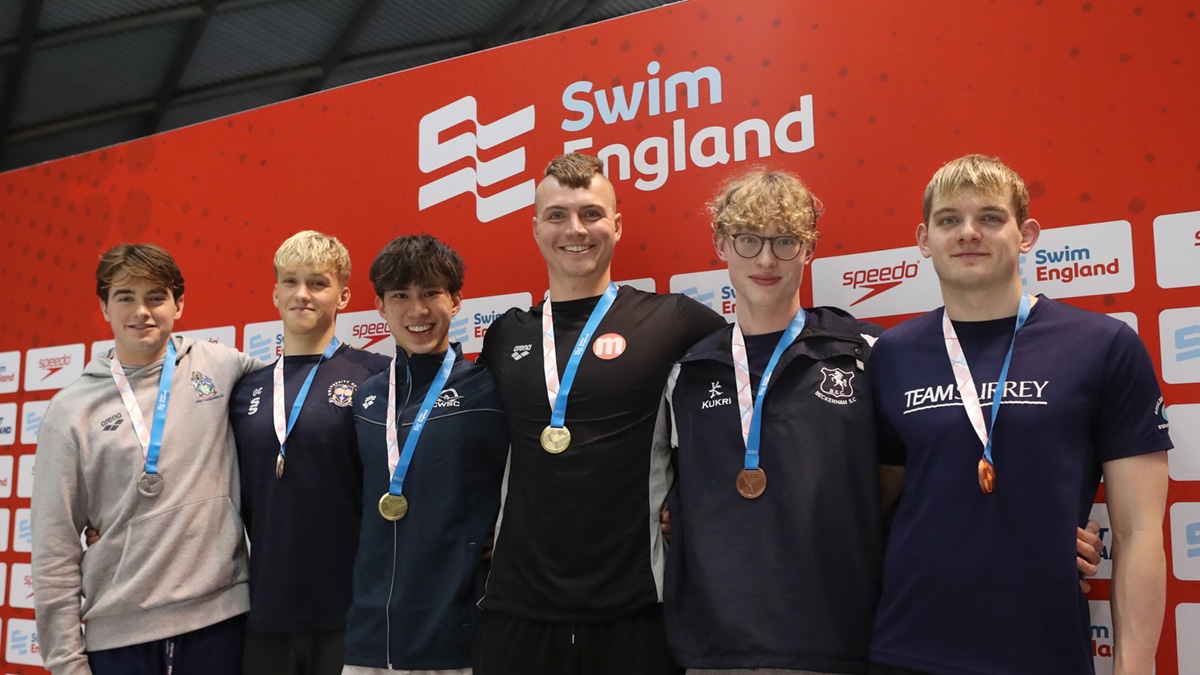 Ingram knocked 0.28 off his previous best time as he posted a 23.09 to become the national champion.

Team England’s 2022 Commonwealth Games medallist finished just 0.10 ahead of Joshua Gammon who added to his impressive meet so far with silver.

Gammon won the 200m Butterfly final on Saturday but was just beaten to the line by Ingram this time around as he had to settle for second spot on the podium.

Beckenham’s James Cleaver dashed to the line to win the thrilling junior race.

The top three were separated by just 0.05 in the ‘splash and dash’ race as Cleaver’s time of 24.36 was quick enough to earn him junior bronze. 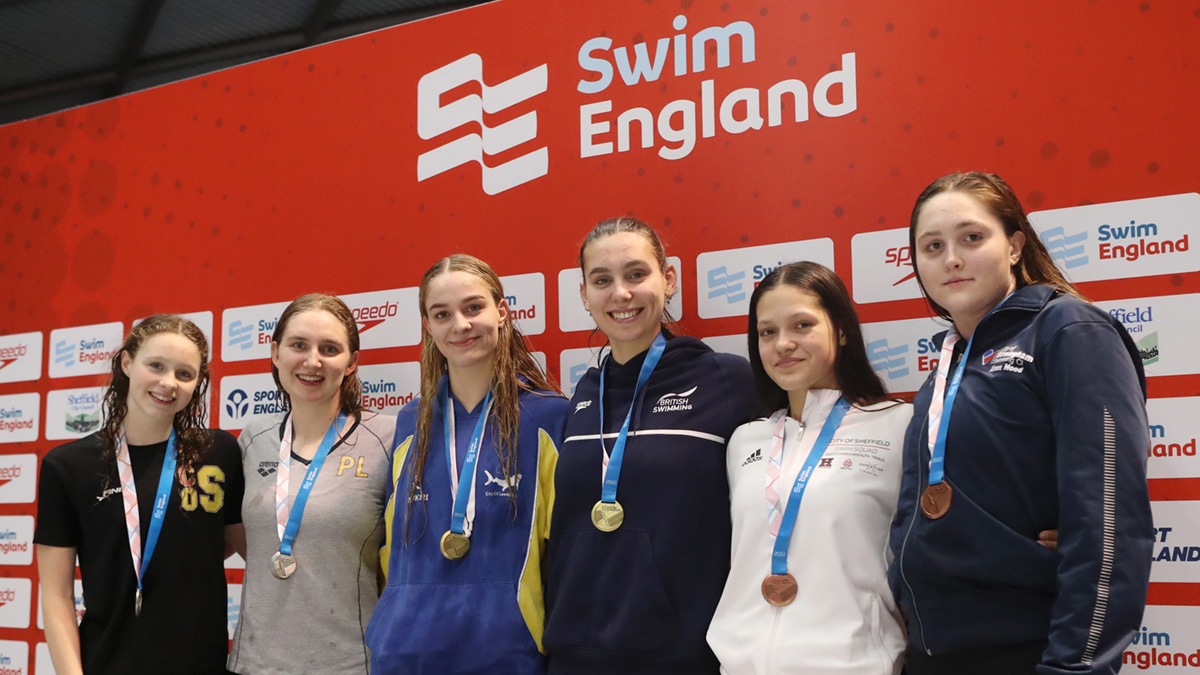 Freya Colbert set a season best time as she cruised to a comprehensive victory in the Women’s Open 400m Freestyle final.

The Loughborough National Performance Centre swimmer qualified second quickest from the morning’s heats in 4:13.02 but she shaved almost eight-and-a-half seconds off that time to take the gold in 4:04.60.

She lead from start to finish and was 3.87 seconds ahead of the silver medallist, Plymouth Leander’s Beatrice Varley.

It was a very assured swim from 18-year-old Colbert and the rest of the field had no answer to her powerful performance.

City of Leeds’ Leah Schlosshan claimed the junior gold medal after finishing fourth overall in a time of 4:12.66.

That was only 0.34 ahead of 13-year-old City of Salford swimmer Amelie Blocksidge, who continued her fine form at the National Winter Championships by adding the junior silver medal to the 800m and 1500m titles she won on days one and two.

City of Sheffield’s Ava Cook gave the Ponds Forge crowd something to cheer by taking the junior bronze medal in a time of 4:14.94, which was good enough to earn her sixth place overall in the open final. 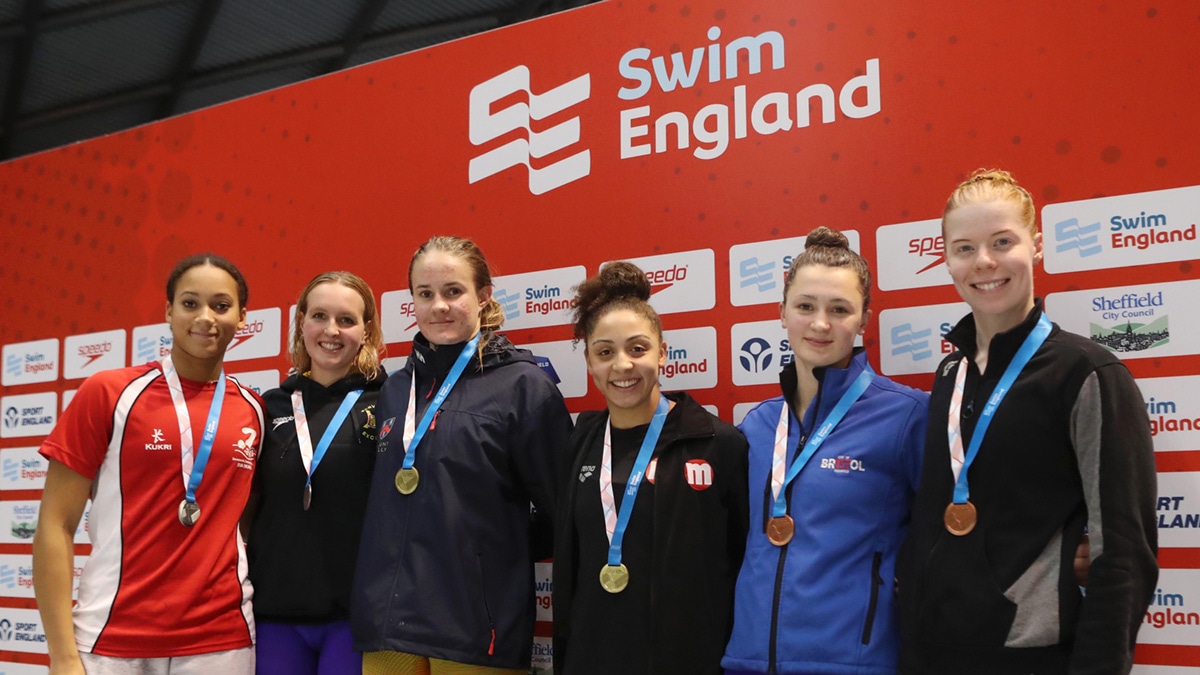 The City of Manchester Aquatics swimmer prevailed in a race for the wall, touching home in 26.61 to take the national title.

Calderbank had qualified second fastest behind Derventio’s Georgina Pryor but had the edge in the final and was victorious by 0.12 seconds.

Mount Kelly’s Flawia Kamzol finished in fourth spot in 27.18 to take the junior gold medal, ahead of Sevenoaks’ Eva Okaro who was joint seventh after clocking 27.66.

City of Bristol’s Leah Evans was the junior bronze medallist in 27.69. 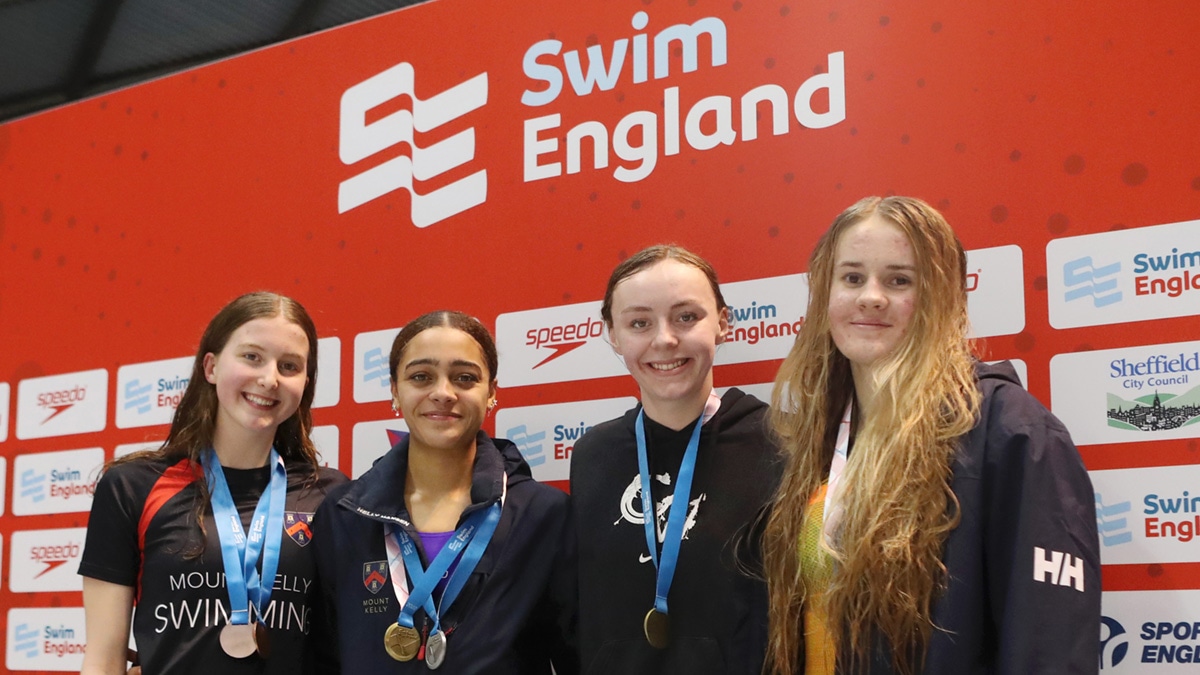 Medi Harris warmed up for the FINA World Short Course Championships in style with a dominant victory in the Women’s Open 100m Backstroke final.

The Swansea University swimmer is part of the British Swimming team heading to Melbourne, Australia, for the competition and the 20-year-old showed she is in fine form as she took the gold in 57.31.

That was 1.62 seconds ahead of Mount Kelly’s Leah Whittaker, who took the silver medal – and junior gold – after clocking 58.93.

It was a clean sweep of the junior medals for Mount Kelly as Flawia Kamzol took the bronze after finishing eighth in the open final in a time of 1:01.26.