Proud looked dominant from the start, taking half a metre out of the rest of the field off the blocks in Budapest.

The pack begun to close towards the end of the race but Proud held on to better his semi-final swim by 0.10, finishing in a time of 21.32.

The result makes Proud a two-time World Champion, adding to the gold that he won in the 50m Butterfly in the same pool back in 2017.

It was the first time two Brits had ever made the 50m Freestyle final with Lewis Burras continuing his impressive World Championships debut to finish seventh with a time of 21.83.

After the race Proud said: “I’m thrilled. If at the start of the week you said I was going to win this I wouldn’t have believed you, but to be on top of the podium is really special.

“For me this is a medal for everyone back at home, everyone that has got me through the last twelve months, I have to say thank you to everyone.”

The medal is Britain’s fourth of the championships after Luke Greenbank’s silver and the Men’s 4x200m Freestyle Relay Teams bronze yesterday.

The penultimate day of this year’s World Championships closed with another superb British performance in the Mixed 4x100m relay.

Britain’s team of Tom Dean, Lewis Burras, Anna Hopkin and Freya Anderson finished in fourth place after an exceptional swim from all four members of the squad, finishing less than half a second off the British record in the event.

Dean got the team off to a good start, turning third after the first 50m.

He dropped to fourth before handing over to Burras, who was back in the pool after his exploits in the 50m Freestyle final earlier in the night.

Dean was just outside of his lifetime best with a split of 48.20 with Burras going even quicker in the second leg with a 47.86 to keep Britain in the medal hunt.

Anna Hopkin swam an impressive third leg with a 53.27 and Anderson closed things off with a 53.06 but despite their incredible display they couldn’t quite do enough to get amongst the medals.

Australia’s team won the event, setting a new world record with a total time of 3:19:38 with Britain’s team just over three seconds behind finishing in 3:22:44.

Hopkin breezes through to freestyle final

There was more success for Britain in the Women’s 50m Freestyle as Anna Hopkin produced a strong swim to make it through to the final.

Hopkin was always improving in the race, finishing well to set the fifth fastest time overall to book her lane for what’s set to be a terrific final tomorrow.

The Loughborough National Centre swimmer wasn’t the fastest off the blocks but battled hard to close up on the rest of the field in the closing stages.

Hopkin’s final 15m’s was especially impressive as she improved her time from the heats to snatch third in her semi-final, just ahead of America’s Torri Huske by 0.03.

Olympic Champion Hopkin finished with a time of 24.60, just under half a second off the fastest time set by Poland’s Katarzyna Wasick (24.11). 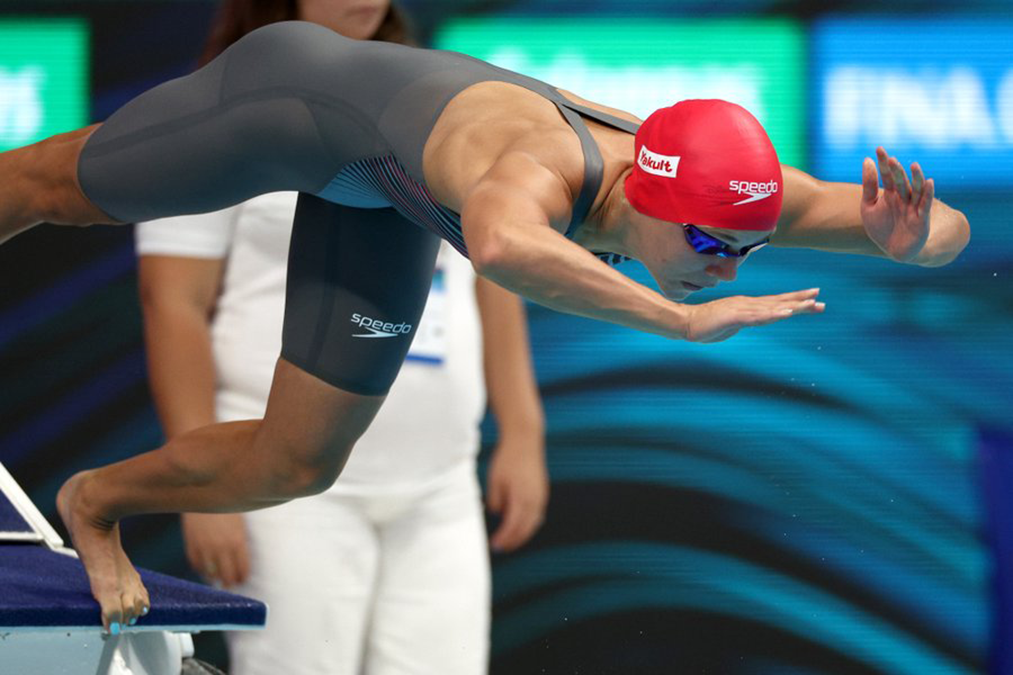 In the morning session, Daniel Jervis booked himself a place in the Men’s 1500m Freestyle Final after qualifying eighth fastest.

Jervis had to hold on in the fastest of the three heats after being dropped by the leaders just after the halfway point.

The Swansea University swimmer did enough however, touching the wall fifth in his heat in a time of 14:56:89 to qualify as the eighth fastest overall.

In doing so, Jervis has made it to his first World Championships final which will take place in Saturday’s evening session. 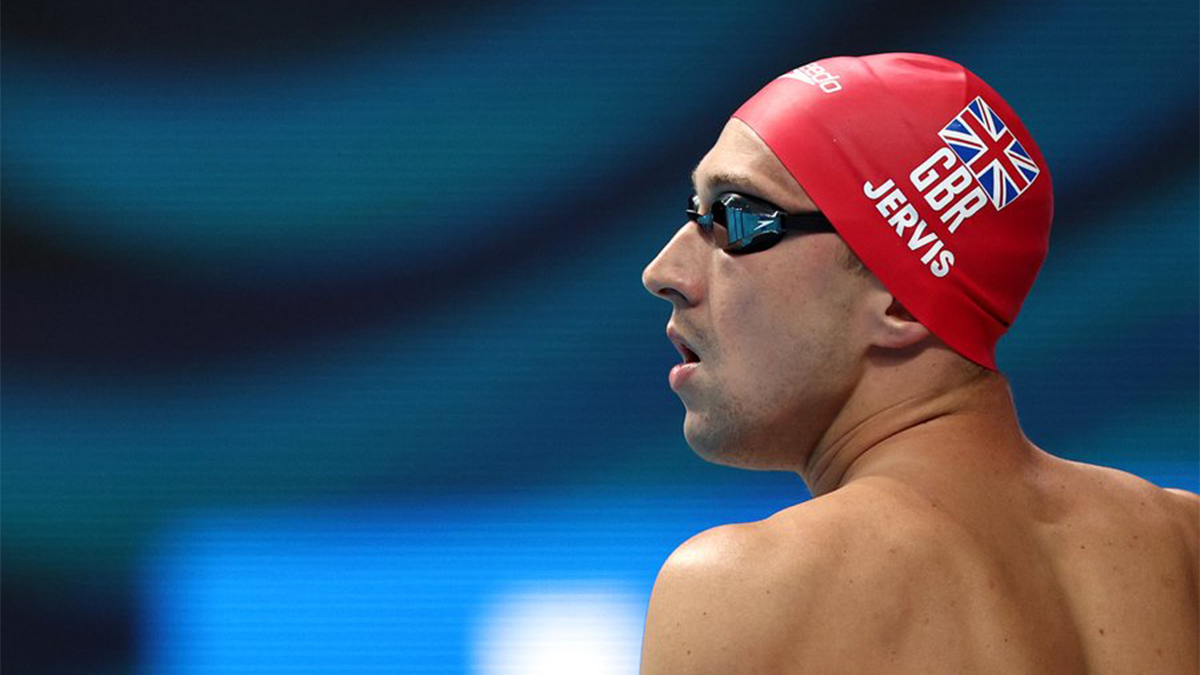