The 19-year-old Paralympic champion took the gold ahead of her British team-mate Grace Harvey with a thoroughly stylish performance at the Penteada Swimming Pool Complex, Madeira.

Northampton’s Summers-Newton was third after the opening 50m butterfly and trailed Harvey by more than three seconds at the halfway point as she headed into her favourite breaststroke leg.

She had turned that deficit into a four-second advantage heading into the last 50m of the race and touched home in 2:58.76 – 3.34 ahead of Harvey who clocked 3:02.10 to take the silver medal. 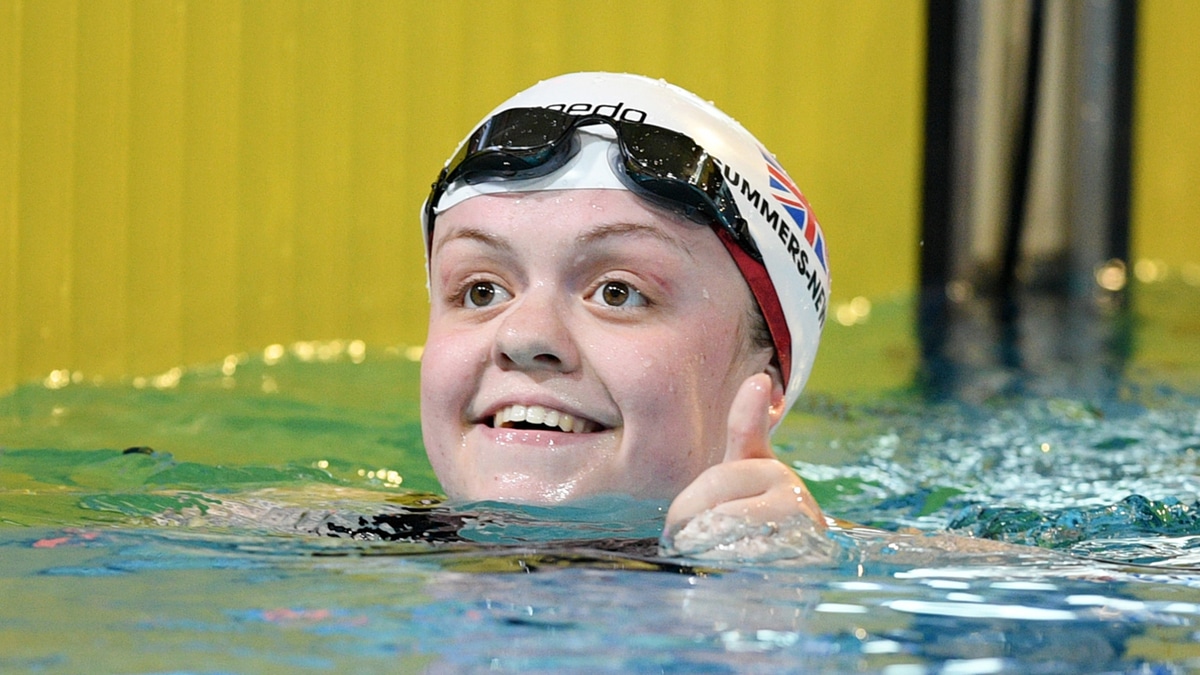 Summers-Newton said: “I’m really happy – to retain my world gold in this race is just incredible.

“It can be quite hard on the fly and the back [for me to take control of the race early] because they are my weakest strokes.

“I just know breaststroke is my stroke so as soon as I’m onto it I try and the first to touch the wall, which worked on this occasion.

“Training has been going really well with my coach Andy [Sharp], and this event now gives me a good boost going into the rest of the week – there’s lots happening.”

Harvey said: “I’m absolutely over the moon with that swim, especially with it coming only three months into a new training regime and I’m really pleased with how I’m progressing swims from heats to finals.

“The SM6 is such a competitive class and Britain are so strong, so it was nice to come away with a medal in such a strong field.

“I didn’t have the swim I wanted in the Medley at Tokyo so I really wanted to step it up here.

“It’s the second fastest time I’ve ever done so I now just want to see where I can take it in the next two years.” 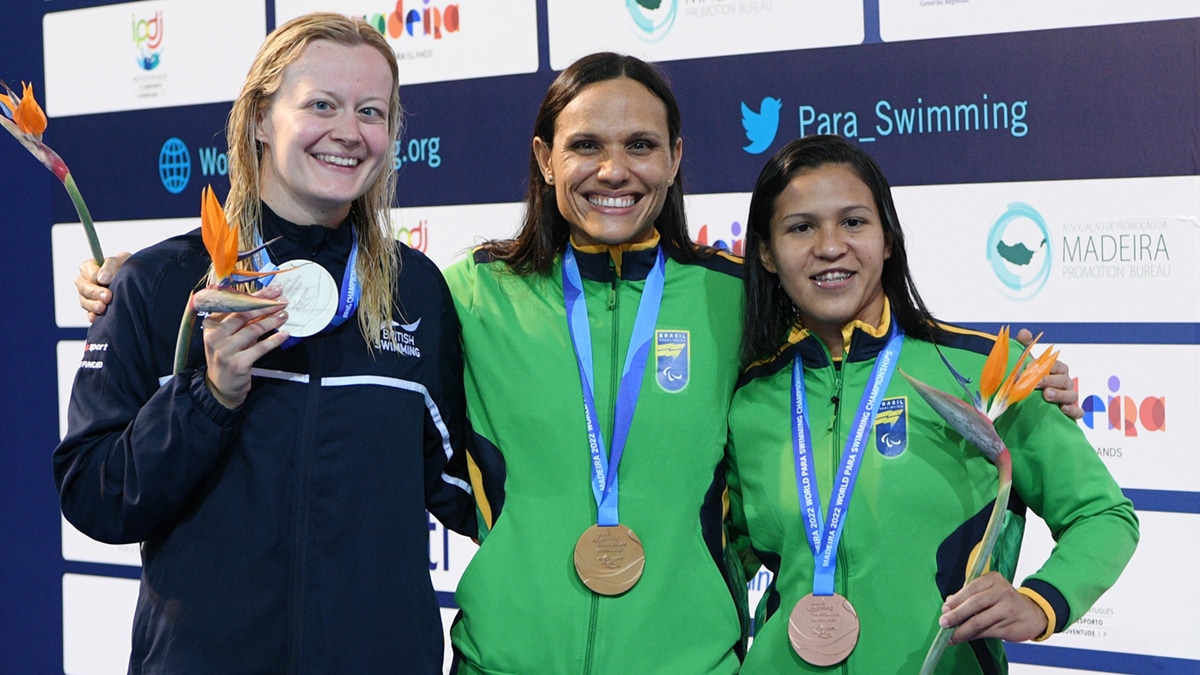 Hannah Russell stormed to a stunning silver in the Women’s 50m Freestyle S12 final – her second medal of the championships.

After triumphing in the Women’s S12 100m Backstroke on the opening day of the championships, 25-year-old Russell produced another scintillating swim to finish runner-up to reigning world record holder Maria Gomes Santiago.

Russell dug deep to hold off a late surge from Brazil’s Lucilene Da Silva Sousa as she bettered her qualifying time by 0.28 seconds to touch home in 27.91.

She said: “I’m really happy with that swim overall. I progressed from heat to final and went under the 28 point so I couldn’t ask for much more.

“For me in the S12 category, the freestyle events are really exciting so it’s great to have a race against all of the other girls in my category where it’s about whoever gets their hand on first at the finish.

“I’ll have the 50m Freestyle at Commonwealths, so being able to swim this event at the World Championships sets me up really well for July.

“I’m really looking forward to standing on the podium again alongside so many incredible women in my class and sharing that moment with all of them.”

In the men’s race, Stephen Clegg was narrowly outside his 50m Freestyle S12 personal best as he took fifth place in a quick final.

And she was only a whisker away of repeating the silver medal she won at the 2019 championships in London in a thrilling dash for the wall.

The 18-year-old University of Stirling swimmer touched in 1:09.42 to finish only 0.07 seconds behind Australia’s Emily Beecroft, who took the silver.

Hungary’s Zsofia Konkoly was the clear winner as she topped the podium in a time of 1:07.64.

After claiming gold on her World Para-Swimming Championships debut in London in 2019, the 21-year-old had to settle for fourth place in Madeira.

Hatfield’s Fiddes, and her British team-mate Poppy Maskill, were both in the mix for a podium place at the turn in fourth and fifth place respectively.

The pair both swam almost two seconds quicker than their qualifying time but Fiddes was 3.28 seconds behind the bronze medallist, Brazil’s Debora Borges Carneiro, after clocking 1:20.53.

Alice Tai, competing in her first major competition since undergoing surgery to have the lower part of her right leg amputated, took sixth spot in the Women’s 100m Breaststroke SB7 final.

Tai made a strong start and was third at the turn after clocking 45.92 for the first 50m

However, she couldn’t hold on in a race for the wall and eventually touched home in 1:44.21 – 12.30 seconds behind the gold medallist, Tess Routliffe from Canada.

The Northampton 17-year-olds are both making their world championships bow and both bettered their qualifying times in their first major tournament final.

They 26-year-old Derwentside swimmer is also making his first appearance at the world championships and put in a creditable performance among a strong field.