2018 was certainly a successful one for athletes in all our aquatic sports. In the fourth of a series of articles, we look back on those achievements and find out what 2019 has in store.

For Grant Robins, 2018 was one of the proudest years of his life.

Grant was given the honour of leading Team England’s swimmers to the Commonwealth Games on Australia’s Gold Coast and it’s something he will never forget.

“The Commonwealth Games is up there as one of my best-ever experiences,” said Grant, who is Swim England’s head of talent – swimming. “It was a privilege to lead an England team.

“There were 37 athletes who were all up for a challenge who had qualified in their own right but it was hard because it was an April meet. To compete at that time of the year, outdoors with 10,000 spectators in the crowd was a great learning curve for our English Olympic swimmers of the future.

“Our selection policy meant we had some experienced, highly-talented swimmers and some young rookies, who were a bit nervous. We will not know if the experience has paid off until Tokyo or Birmingham.

“But we managed it as one team with everyone supporting each other and the Para-swimmers loved it. I would do it again. It was hard work getting 60-odd people to the other side of the world and back in one piece but it was a fantastic experience.” 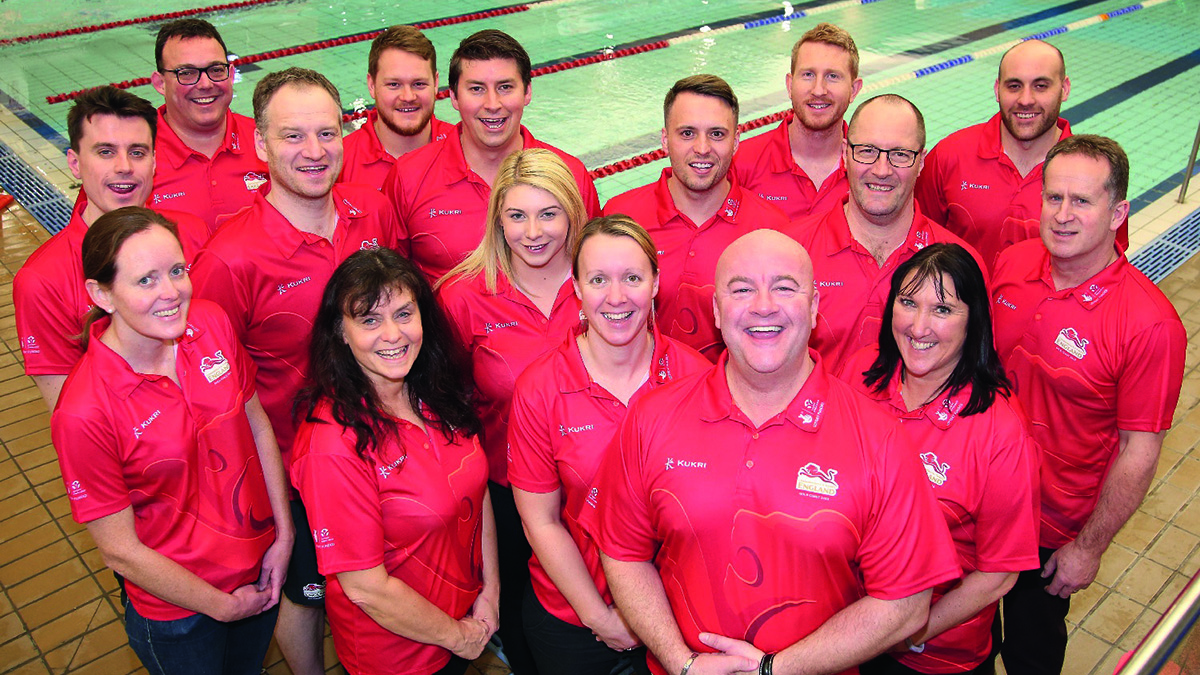 Unearthing the next generation

Now the challenge is building on that. The elite swimmers went on to enjoy considerable success at the European Championships in Glasgow and are now setting their sights on Tokyo 2020.

For Grant and his team, it’s about unearthing the next generation starting with Swim England’s 2018-19 National Performance Squad.

A total of 19 swimmers have been chosen and they will now receive expert coaching and guidance at special training camps as well as the opportunity to take part in events abroad to enhance their experience of competing at international level.

The Performance Squad is part of Swim England’s Talent Pathway, which aims to develop and nurture the best swimmers in the country.

And it’s not too late for athletes to be spotted at the country’s major events in 2019.

Grant said: “We select based on rankings and what we see in the summer. We’re there for every finals session at the Swim England Summer Meet and there are some very talented athletes there that pull it out of the bag and are therefore selected to go on our pathway programmes.

“They’re on a train journey that’s going to the Olympics. Every now and then it stops and some people get off and some get on. It’s essential people take their opportunities to step up.”

But it’s not just about the swimmers. Developing the next elite coaches is also a key priority for Swim England and 18 have been recruited to take part in the Coach 2024 Programme.

“Our sport is very much coach driven,” said Grant. “Our coaching programme is really integral to making sure coaches are as well informed as they possible can be.

The future, however, looks bright and Grant is excited about the next two years – and beyond.

“It’s exciting times,” he said. “Next year we have the World Championships, the European and World Junior Championships and the level of excitement grows leading to the Olympics as that’s the end goal.