During Swim England’s 150th anniversary year, there are many other clubs also celebrating significant milestones … such as Barnsley Swimming Club Water Polo.

They may now be 140-years-old but Barnsley Swimming Club Water Polo are still going strong.

Their 18 members celebrated the anniversary in style by winning a specially-arranged tournament in the most dramatic of fashions … the dreaded penalty shoot-out.

And although the number of members is nowhere near as high as it used to be, committee member Geoff Pearmain is hopeful they will mark their anniversary year with more success in the Wakefield and District Polo Water League.

Geoff said of the anniversary celebrations: “It was just a phenomenal day.

“It took a long time planning to get the day organised. I looked at my initial email to the Barnsley Metrodome and they donated the pool so we didn’t have to pay for the pool hire which was phenomenal.

“That was really good of Barnsley Premier Leisure to do that and it was a really fantastic response from some of the teams in the Wakefield and District Water Polo League to come along and play in the tournament.”

Morley Water Polo Club and York Water Polo attended the tournament, along with the two Barnsley teams – with York and Barnsley making it to the final.

Some former Barnsley players also attended. Charles Austin had not played water polo for 15 years but got involved and even managed to score a few goals on the day.

“It was great to watch because I think York were winning 3-2 towards the end of the game and literally the last throw of the game was a penalty to Barnsley,” Geoff said.

“They had to score to take the game into penalties. You couldn’t write it, honestly it was unbelievable!”

Barnsley’s makeshift goalkeeper, Joe Rippon, stepped up to save three penalties and win the tournament for Barnsley.

“We’ve got a veteran goalkeeper and I think he was in the team that got to the final and he’d been playing in the nets,” added Geoff.

“But because of his age, the team thought it was probably best if he didn’t go in the nets because you’re not far away from someone throwing the ball very hard at you.

“So that’s why Joe went in the nets and they played with an outfield player in goal.

“It was phenomenal. Then they all had a celebratory photograph, packed up and went to the local boozer for a beverage or two and talking about the competition, old times and good memories.” 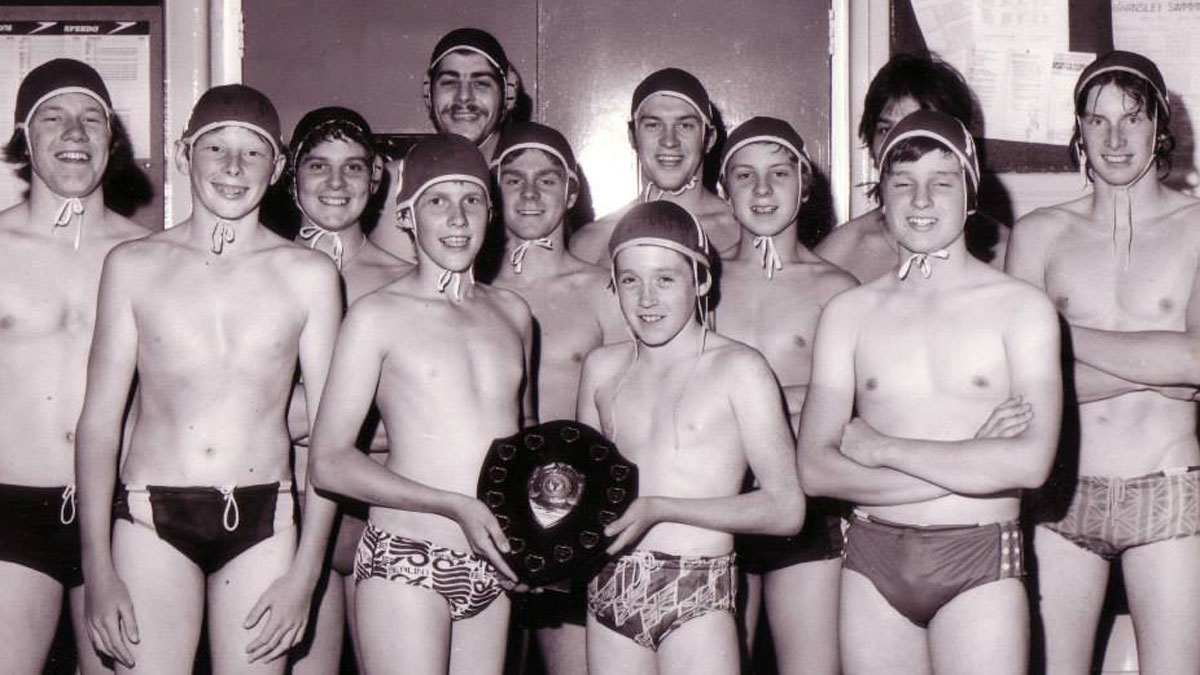 After an astonishing win rounded off an astounding anniversary celebration, Geoff recalled some of the club’s 140 year history, saying: “Barnsley Swimming Club used to have around 200 to 300 members years ago.

“The club were founder members of the Wakefield and District League in 1922 and we’ve got a lot of things in the archive at Barnsley Museum like trophies and things.

“Barnsley used to always win the first division of the league and there’s a couple of players that will remind us of that.

“They’re in their 60s and there’s always a bit of banter about ‘oh we used to win it all the time’ so, fingers crossed, maybe this year we might be able to do it.

“It would be really fitting if we did win it this year.”

After a successful day, he said: “I just want to thank everybody for taking part and coming along and making it a special occasion.”