Left handed water polo players are like gold dust – every team needs them. But why are they so useful?

Most water polo players are right handed. When they attack they want to receive a pass from the right wing (position 1 or 2).

A left handed player naturally plays on the 2m right wing (pos 1) and is able to both face the goal and be a threat to the goalkeeper as well as seeing team mates to the left. Being a fast swimmer is a real advantage.

From defence to attack

In defence, lefties defend as all other players. However, from the moment that defence changes into attack, left handers are integral to the attack.

The aim of a left hander is to swim hard until either half way or position 1 at the attacking 2m (on the right).

If they end up at half way, their role is to jump right to find space and act as a link by receiving the goalkeeper’s pass.

If this role is taken by a team mate, then the left hander continues to drive hard to position 1 on the attacking 2m, where they can receive the ball from their teammate on half way. 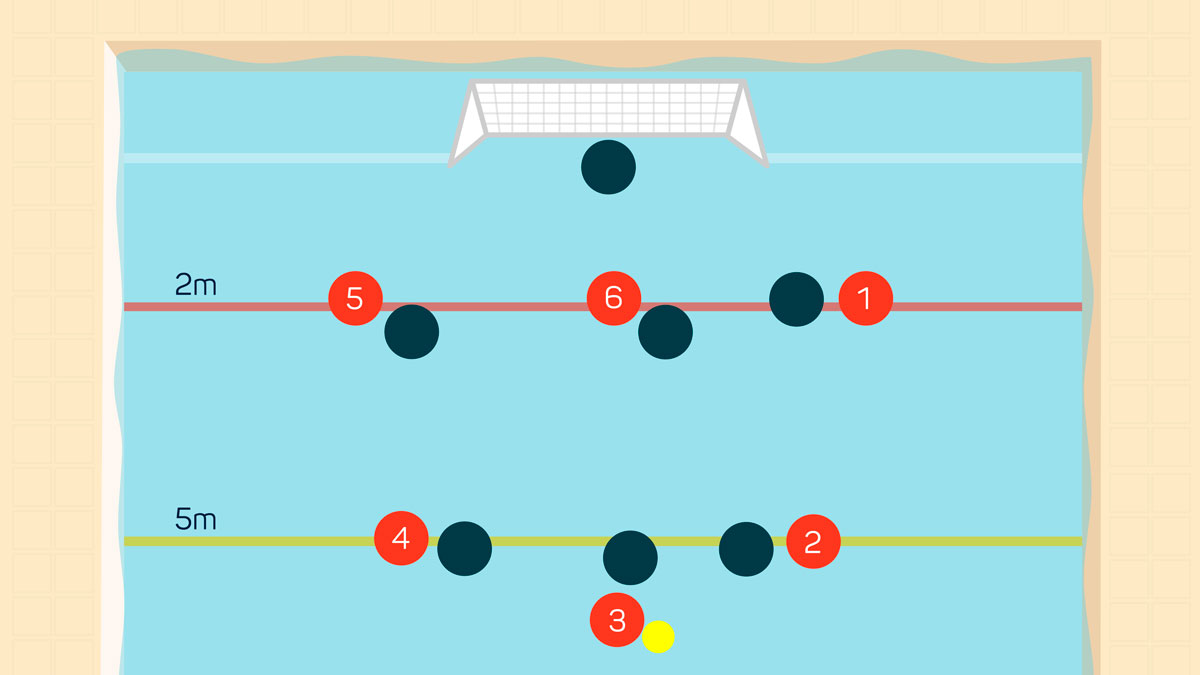 Once the arc is set, most centre forwards want to receive a pass from positions 1 or 2, as this puts them in a good position to turn the pit defender with a view to score a goal or gain an exclusion.

On positions 1 or 2, a left hander can both face the goal, posing as a threat, and be available to receive a pass from positions 3, 4 or 5. They can then shoot, dummy, pass into the pit or pass the ball to one of the other arc players.

On man up, left handed water polo players pose a great threat. Their best position is position 1, at 2m on right wing.

With the ball in their hand they both act as a goal threat but can also see all their right handed team mates and whether any of them are available to receive a pass. 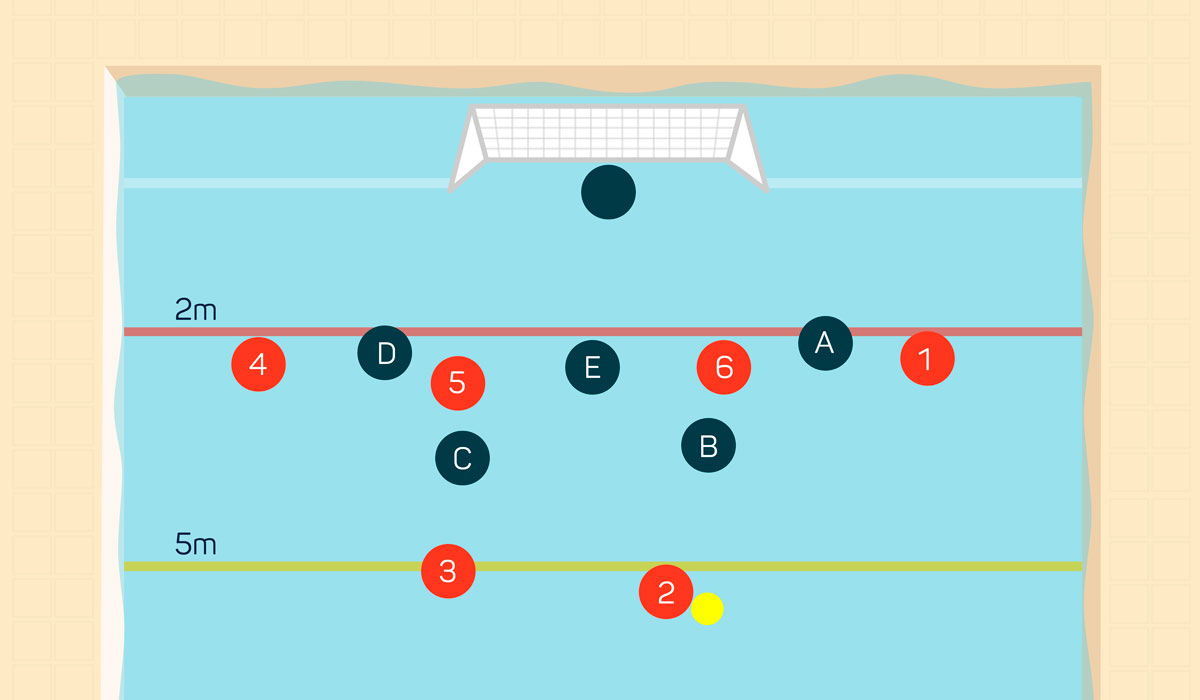 With ball in hand, a left hander can move into 2m which creates threatening options to both near post and far post.

Another position for a left hander on man up is position 6 (right post).

The left hander poses a real threat being only 2m from the goal. They are looking to receive the ball from position 3 (4m left wing) or position 4 (left wing), particularly if the player on 4 moves towards the goal line and passes the ball over the goalie to position 6.

Another skill to work on is for the lefty to slide between positions 1 and 2, making themselves available to receive the ball in a position offering a new direct shooting lane.