Great Britain’s U17 women saw off Slovakia to reach the quarter finals of the 2017 European Junior Championships in Novi Sad, Serbia.

The win sets up a mouth-watering last eight with Group C winners Hungary.

The British girls were arguably underdogs against Slovakia. They had finished third in their group compared to their opponents’ second place in Group B.

There had been little to choose between the two sides when they met at last year’s European Junior Championships, with Annie Clapperton scoring a last gasp winner in the group stages.

But while Slovakia came into the game with two wins from three in Serbia, the Brits looked the stronger side throughout.

Clapperton leads by example with first half hat-trick

British captain Clapperton led by example as she scored twice in the first quarter to put her side 2-1 up at the first break.

Slovakia pulled level in the second quarter but Clapperton completed a first-half hat-trick to keep the Brits’ noses in front at half-time.

The British women hit top gear in the third quarter. Emily Pyper netted after two minutes before Steph Whittaker bagged a quick-fire double to put the Brits 6-2 ahead. 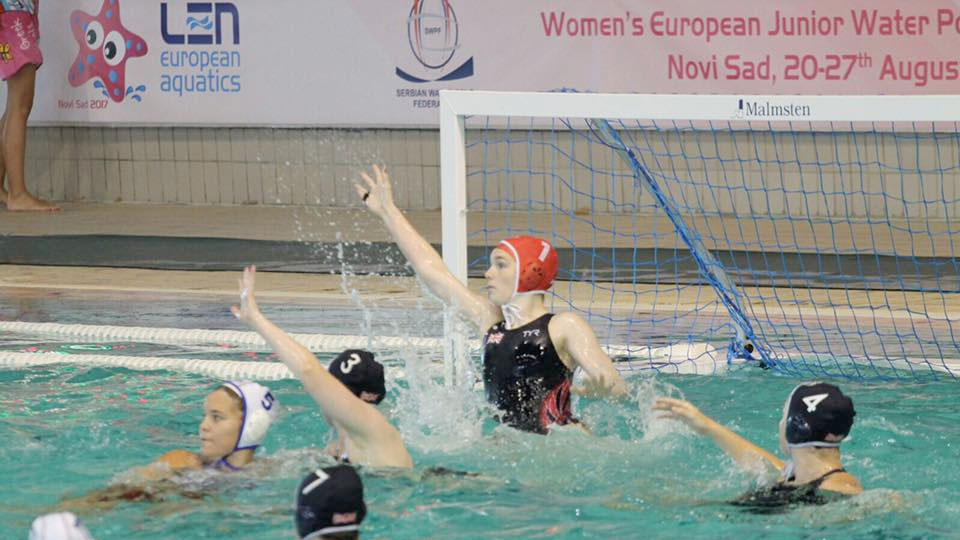 Slovakia pulled one back before Milly Wordley smashed home a penalty to restore the four-goal advantage.

Slovakia’s Barbora Baranovicova handed her side a lifeline with just five seconds left in the third, scoring on man-up to reduce the defict to three at 7-4.

Pyper was on target again early in the final quarter as the Brits moved 8-4 up and with one foot in the last eight.

To their credit, the Slovakians didn’t go down without an almighty fuss. They scored twice in quick succession with four minutes to go, then reduced the deficit to one goal with 90 seconds left on the clock.

But the Brits hung on to break Slovakian hearts and progress with a memorable victory.