England’s U21 Women took a resounding win at the EU Nations tournament in Manchester, which took place from the 18-19 November.

They beat the Czech Republic, Wales and Scotland by significant margins to claim the trophy. They were almost unstoppable over the two-day competition.

The English men’s U21 team also took home the trophy in Manchester in a successful weekend for the home teams. 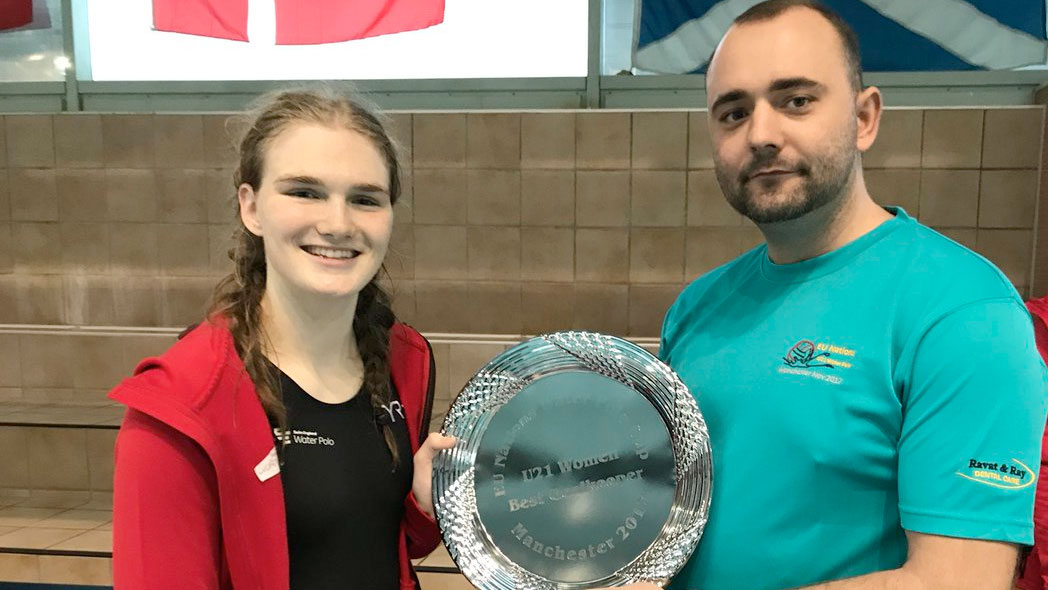 The women’s first win came against Wales in the second match of the competition. The English side set the pace from the start, putting seven goals past the Welsh keeper in the first quarter. They conceded just one.

In the second quarter they really came into their own. Clapperton completed a hat-trick and Lily Turner found the net twice. Their total tally at the turnaround was 12, without conceding.

In the final quarter, Molly Boniface-Ashton hammered home another two, as did Whittaker, and they emerged victorious with final score of 27-4.

Scotland keeper no match for Whittaker

In their second game of the competition, the English squad outplayed their Scottish counterparts. Whittaker found the net four times in the first quarter, and Clapperton put two of her own behind, bringing the score to 8-2 at the end of the period.

Scotland scored just one more goal over the next three periods, but England just kept the goals coming.

Though the Scots fought hard in the second quarter, conceding just two goals, after the halftime break England came back with everything they had.

They scored nine goals in quarter three and five in the final stage, to win 24-3.

The final match up against the Czech Republic saw total dominance by the English side. They scored five goals in both periods in the first half, taking their tally to ten versus the Czech’s zero.

Although the Czech Republic players put home five goals in the second half, England were not shaken. They put six away in quarter three and the same again in quarter four, to finish the match 22-5 winners