England defeated Luxembourg 18-10 and drew 13 all with eventual runners-up Lithuania in Group C, while Britain were beaten 13-5 by Cyprus before beating Ireland 15-13.

That set up a fifth-to-eighth-place clash between the two teams with England eventually edging a closely-fought contest 12-10.

They took seventh spot after being beaten 20-12 by Austria and 11-10 by hosts Czech Republic.

However, Down said the results were a marked improvement on their previous EU Nations Tournament last October.

He said: “The guys were quite disappointed after the small we win we had against GB.

“They didn’t let themselves down but a bit of complacency might have crept in.

“Against Czech Republic, I thought we played well enough to win it but unfortunately maybe the home crowd got the better of them and they beat us by one goal. But we stuck to the structure and stuck to the systems which was really good.

“Austria got five or six gaols in front in the first quarter and we changed the defensive pattern twice and in the second half, when we went to a press, it worked well. 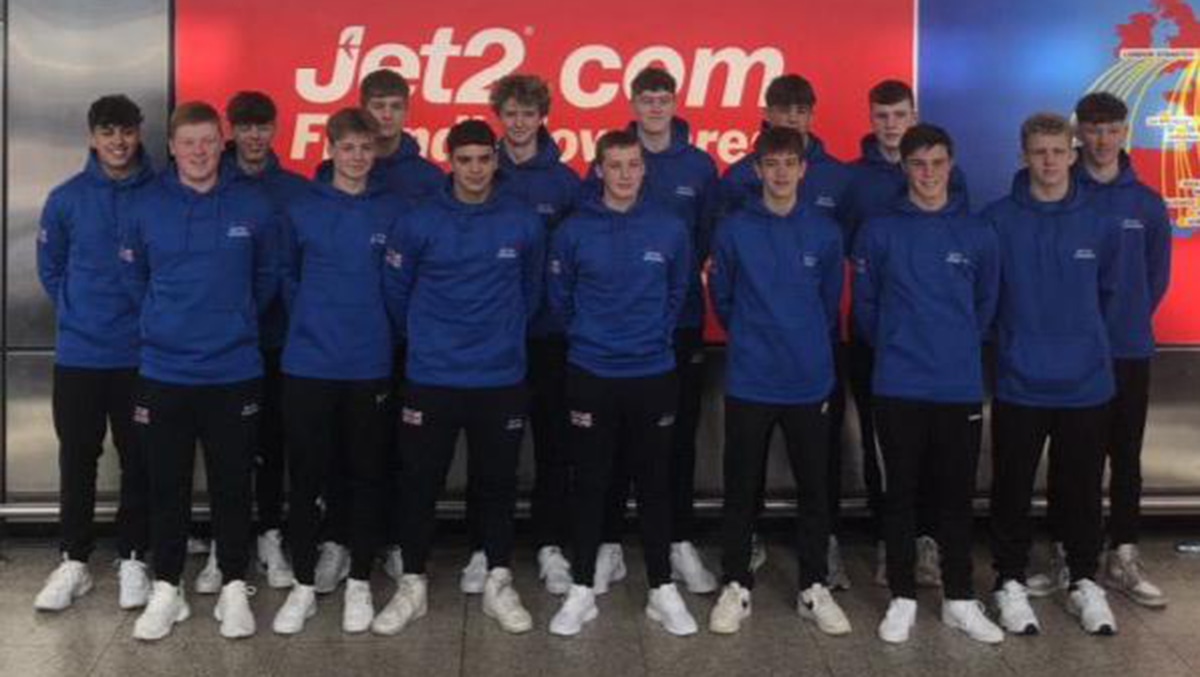 “We have seen a lot of the guys develop over the five games which is what they are here for, gaining the experience.

“It would have been nicer to win and come higher than seventh.

“However, it’s still two years to go for the development for these guys so a big stepping stone and big improvements from last October when we came here last playing up an age group.

“So it’s really positive moving forward and I think, as the year progresses and the more training the guys do together, they will become more of a gelled team.”

Britain were beaten in their remaining fifth to eighth place matches by Czech Republic (14-11) and Austria (14-8).

Leveridge said: “We have had a fantastic three days of water polo.

“We finished the tournament eight which was great. That meant we only had one win in the five games we played but every single game we were competitive, the lads improved as they always do on these weekends and we have a whole load of things we can work on for next year.

“We’re hoping for better things in the future.

“The lads are confident, they made loads of good friends here and are already talking about what they need to do to get into the medals next year.”