Otter completed the defence of their girls’ U15 ASA National Age Group Water Polo Championship title with an impressive display in Manchester.

The London side conceded just four goals across their five games, storming through their group with comprehensive victories over Cheltenham and Rotherham, then a 9-2 defeat of 2010 champions Tyldesley.

A repeat of last year’s final saw Otter see off City of Liverpool in the semis with a 12-2 win.

Newton Abbot awaited in the final, having reaching the medal match for the first time after a fifth place on their debut 12 months ago.

And while the Devon side had caught the eye with their performances in Manchester, the final was a one-sided affair. 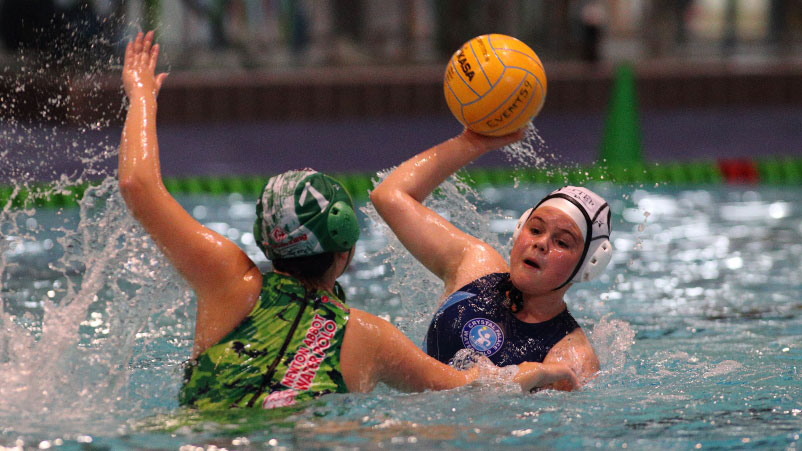 A dominant display saw Otter storm to a 6-0 lead at half-time before adding another five goals in the second half.

They also secured their third shutout of the day as they finished 11-0 winners, with captain Erin Andrew finishing tournament top scorer with 14 goals.

“We have worked so hard for this and done loads of training so it feels really good,” said Andrew.

“We worked really well as a team and I think we’ve bonded as the tournament has gone on.

“Before the final, we just talked about having fun and think about what we’d done in training.”

Manchester outfit Tyldesley secured the bronze medal with a 9-4 victory over local rivals City of Liverpool.