They took top spot in Division One after winning all four of their matches at Walsall Gala Baths.

Delighted North West Tigers captain Tom Davis said: “After missing so much through lockdown, it was great to play at Inter Regions again.

“There were lots of really tough matches, but it was great for the North West to win.

“Thanks to Mike Yates and Ian McKinnon – their coaching and guidance helped us stay strong, to all the parents who supported us on our water polo journey and to all the other teams for making it a fantastic tournament.

“We’re already looking forward to the next one.” 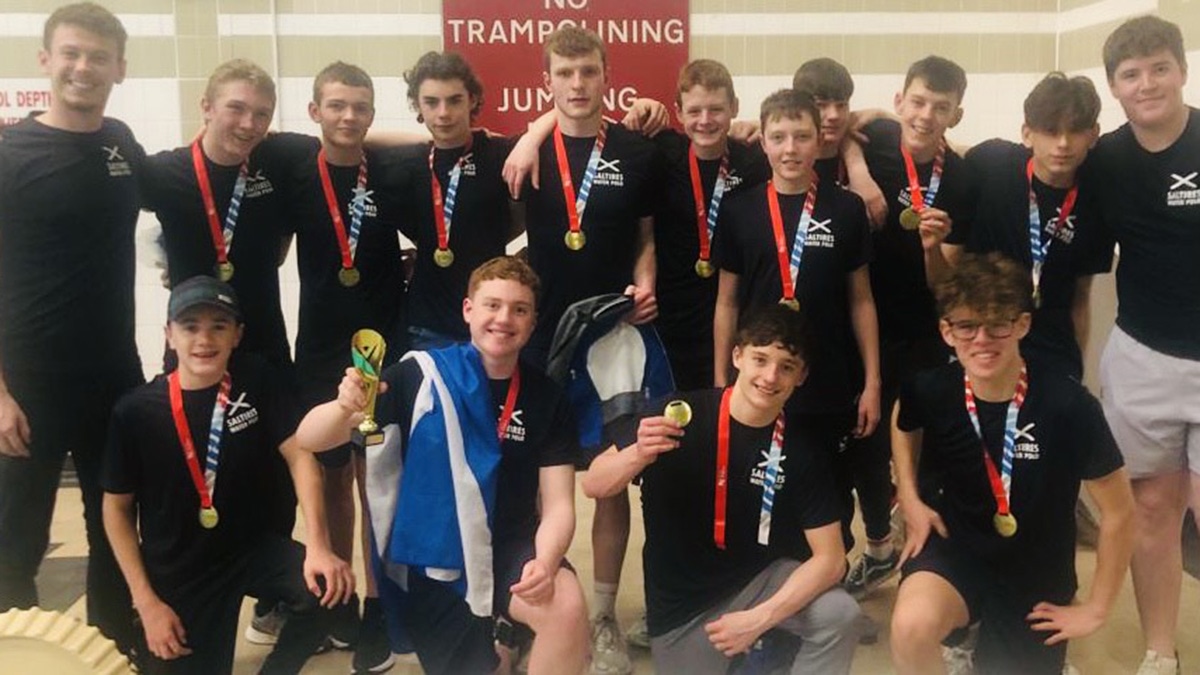 Scotland Saltires were the Division Two winners, also boasting a 100 per cent record from their four games.

They beat East 17-8, East Midlands 15-9, Wales 8-7 and North East Steelers 12-5 to finish two points ahead of second-placed East Midlands and clinch promotion to Division One for the 2023 U18s Inter-Regions.

Ed Walker, from Scotland Saltires, said the weekend had given the team some special memories.

He said: “We would like to thank all involved in the tournament.

“It was a fabulous advert for the sport and everyone who takes part in it and makes it happen.

“The hospitality and the welcome received by the West Midland Region from Friday night to when we left on Sunday was second to none and has given the team some special memories they won’t forget.”

Swim England president Ian Mackenzie praised the organisers, volunteers, teams and parents for their efforts in ensuring the tournament went ahead on a wintry weekend.

He said: “At last the Inter-Regions for the U16 got underway this weekend with athletes travelling from all eight regions as well as Scotland and Wales.

“The players in all ten teams grew in stature as the weekend went on, playing well within their team and improving at every game.

“Everyone was a winner, and it was great to see the sport played hard but fairly.

“These competitions don’t just happen. In addition to the organisers, each team had to jump through hoops to get to Walsall and all the volunteers are to be congratulated to ensure the lads had such a great weekend.

“Many parents also supported on the day, making the whole competition have atmosphere and credibility. Thanks to everyone involved.”

This weekend, the U16s Girls’ Inter-Regional Championships takes place at Walsall Gala Baths and scores will be updated throughout the competition on the Swim England live scoreboard.