Ever wondered what exactly happens at one of our Swim England Water Polo Talent training camps? Last weekend saw the first National Academy training camp of the year, with some of England’s top players from the U16 age group converging on Northampton.

Our Talent Development Officer Norman Leighton talks us through how the young talent were put through their paces.

The training camp started off with a welcome and introduction to the staff attending: London 2012 Olympian and lead coach Chloe Wilcox as well as North East coach Kev Swainson and South West coach John Spicer.

After the intros, the players were split into two groups.

Group One went into the gym for assessment where coaches carried out a VO2 max test, general range of motion test, sitting reach test, injury prehab testing and visual assessment.

Group Two went straight to the pool, also for assessment. They were reviewed on their 400m swim, eggbeater, and passing and throwing. The groups then swapped over.

Each player received feedback on a 1:1 basis on their gym results with all new aims and targets recorded into their new logbooks.

The logbooks to be used for recording all training in club, Regional or National Academy sessions.

Next up, the players were back into the gym for some sport-specific circuit training. This was quite an exhausting session before athletes returned to the pool for their final pool session of the day. Players went through the syllabus of skill sets followed by shooting practice and controlled game play, backed up with video.

After a long day, all went back to digs for a well-earned rest and refuelling for Sunday’s session.

At 9.00am on Sunday morning, players were back in the gym, exercising and recording their new circuit training routine to be carried out at home or at their club gym.

Each player was given a personalised exercise routine to correct imbalances and weaknesses. 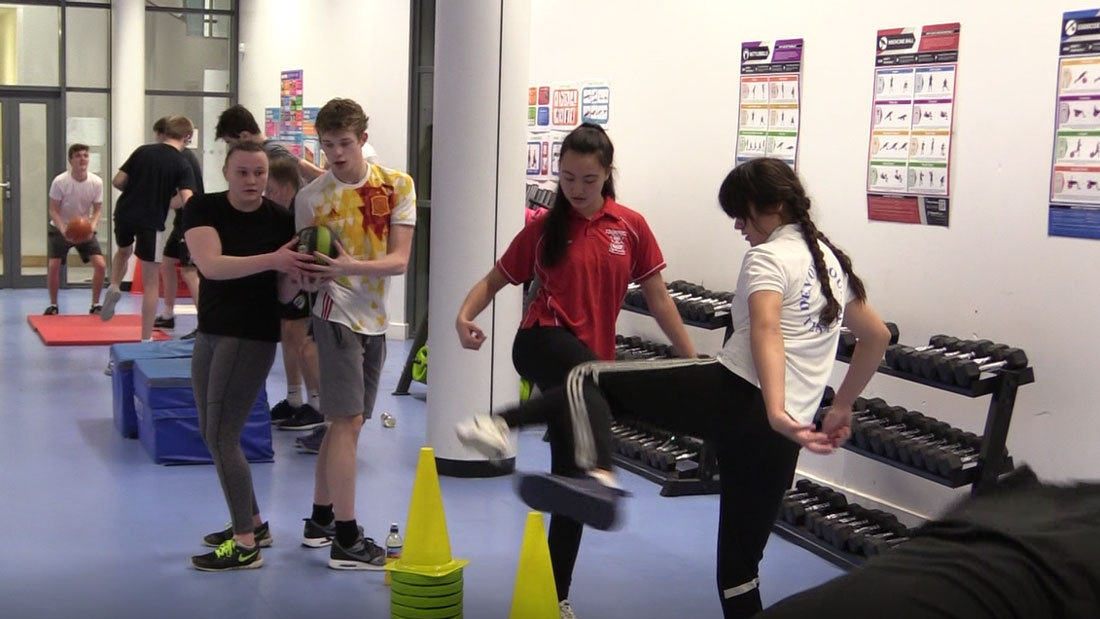 Before the pool session, we were all back in the classroom reviewing Saturday’s control game on the big screen. Aims and objectives were recorded before it was into the pool for a skills and releases session, lead by Chloe and assistants.

After lunch the final session in the pool was another controlled game, working on ball lane press, feeding c/f, communication and releases.

We finished with one final meeting with parents and players to review the weekend and what to expect in the post. Both players AND parents agreed to do the 10 minutes static stretches to improve flexibility!