From the coach - John Spicer's world

Swim England’s 2017 coach of the year, John Spicer, is chief junior water polo coach at Cheltenham SWPC, having also played for the club for decades.

To celebrate UK Coaching Week, we reflect on John’s career as he shares his top tips and advice for prospective coaches.

The highlights of my playing career were winning three junior U19 titles from 1970-72 and playing in the European Cup in Bulgaria as a senior.

I made the move into coaching after encouraging my two sons to play and then it was a natural progression to help coach the team.

I have to say that I’ve always loved water. My dad, Leslie, was a very keen swimmer when he was younger. But when he was 19, his dad died and he had to give up swimming to look after his family.

So, he was a bit of a frustrated swimmer but he also played water polo for Cheltenham’s thirds. He always said that you couldn’t play for the first team in those days unless you were a doctor or solicitor!

And dad used to take us (my brother, Phil, and I) swimming all the time. I remember training at Alstone baths.

I’d finish school and swim for anything from half-an-hour to an hour. I was pretty good at butterfly, but that was too much like hard work.

My shoulders used to be up round my ears when I went to school on Mondays. But I was third in the 100m butterfly at the U13 south west champs.

I finished third in the breaststroke a year later – by just 0.2 of a second. The top two qualified for the nationals so I just missed out.

I still went to the nationals as a reserve but I didn’t get to swim.

But we did win the relay at the U14 county championships. My team-mates were Colin Denley, Keith Sutton and Martin Allen. We were all water polo players as well. 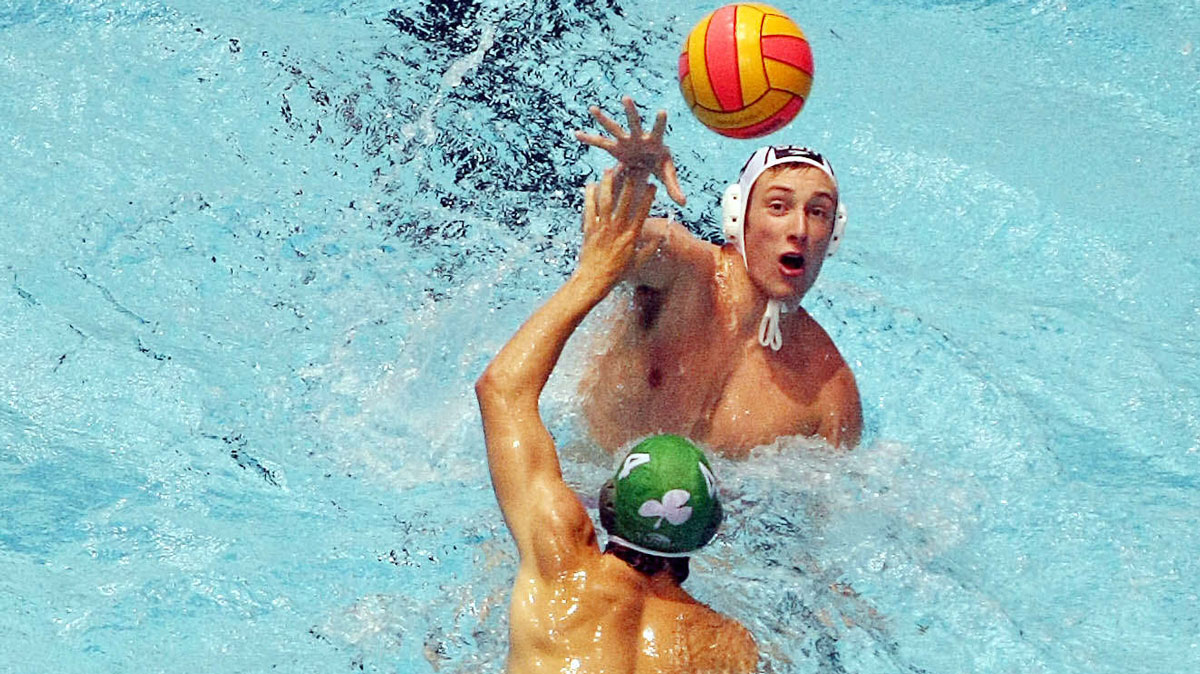 From there, I captained the South West U20 side, got into Cheltenham’s first team and we reached two national finals. Both were played at Pittville Pool.

They were against Leamington and London Polytechnic and we had a crowd of 800 at both games. The place was rammed and although we lost, it was a great atmosphere.

I played in the same team as my brother Phil and Tony Cherrington. They were stand-out players. Phil was left-handed and Cherry was right-handed and they used to score 100 goals a year between them.

They won national championships and were amazing. They were renowned all over the country – they were phenomenal.

And they complemented each other very well, a bit like Toshack and Keegan for Liverpool all those years ago.

Phil was short and stocky and Cherry was 6ft 5in, fast and lanky. We also had Martin Thomas who was one of the best goalkeepers ever and Dave Wright, who was Great Britain captain. I was delighted just to have the chance to play with these stars.

These days, we play in deep water pools which means it is the same for everyone, but in those days there was always a shallow end and it became like a game of rugby.

I used to play against Nigel Horton. He played for Aston but was also a second row for England in the 70s. He was 6ft 5in and hard but fair.

Those were the days when water polo was rock ‘n’ roll and although they don’t get those crowds nowadays, water polo players are still very well respected throughout the sporting community.

In fact, a survey by the Bleacher Report revealed that water polo is the toughest sport in the world.

My coaching began towards the end of my playing career. My two sons, Ryan and Ashley, had started playing and the junior head coach at Cheltenham at the time, Russell Beattie, asked me to be his assistant for a final that one of the teams had qualified for. He’d obviously seen something in me.

We lost in the final – to Plant Hill from Manchester. But I got the taste for coaching. I’d taken up golf when I finished playing water polo but I got drawn back into it when Martin Thomas got involved in the junior coaching set-up.

His two boys – Michael and Joel – were also playing and as the boys got better, we took on the role of dual junior coaches.

It was fantastic because it meant there was always a back-up. One would do the U16s and the other would do the U18s. And we did quite well. Ashley was in the team that won the U16 national title and in the U18 team that were national champions as well. 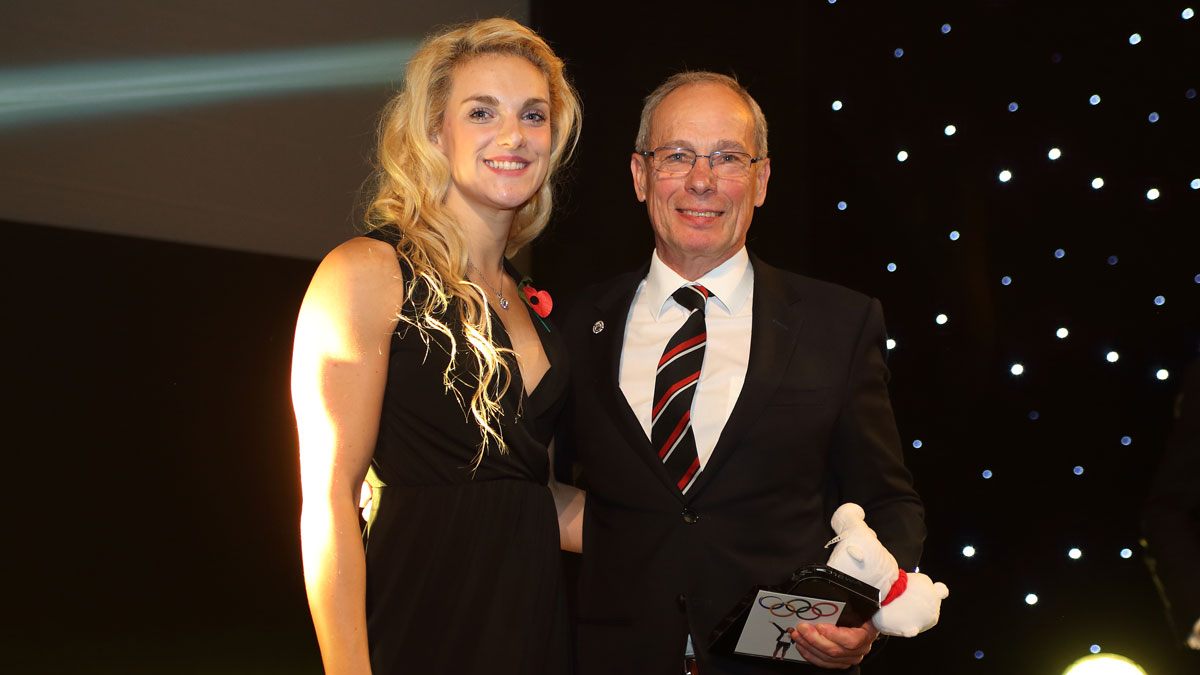 I’m still enjoying coaching. In fact, I would say I love it. It’s my life. I don’t do it to win awards although it was obviously nice to be named Swim England’s coach of the year. That was totally unexpected. I’m quite proud – for Cheltenham and I’m proud for water polo because it’s a minority sport.

I want to just keep going. It feels like I’ve always been involved, it keeps me young and keeps me active.

People sometimes ask me if I prefer playing or coaching? I would have to say that my coaching has proven to be the most important. Why?

Playing gave me such a buzz – especially as a junior – but I have had more success as a coach and the rewards you get as a coach from seeing players develop and enjoy the game is amazing.

Obviously, the essence of both is slightly different – one is taking enjoyment from the game whereas coaching is enjoying giving back to the sport. And I really enjoy sharing the passion that I have for water polo.

Why am I a good coach? I think you need to ask the players I have coached but if pushed for an answer, I think it is about getting the balance right between drilling the core skills and still making the session a pleasurable experience. Encouraging participation while still pushing those elite athletes to be the best they can be.

The best player I have ever coached is Rob Parker, who was top goalscorer for Great Britain in the 2012 Olympics. He had the three core ingredients to be a top player: size, skill and dedication and not just the physical skill but also that innate skill to read a game and situation.

To those thinking of getting into polo coaching and who would like to coach the next Rob Parker, I would say: ‘Go and help your local coach, they would love some help and it will make you a better player.

This article first appeared in the Swimming Times magazine.