Manchester bounce back with Girls' U19 gold

City of Manchester turned the tables on London Otter to win the Girls’ U19 title at the 2015 ASA National Age Group Water Polo Championships finals in Manchester.

While Otter had beaten Manchester in the final of the Girls’ U17 competition, it was the Northerners who prevailed in the top age group, securing a 10-8 victory to lift the title for the eighth time.

Competing in their last NAGs, Manchester co-captains Rosie Huck and Izzy Howe both scored in the final and admitted it was the perfect way to end their domestic junior careers, having finished runners-up 12 months ago.

“It feels really, really good to get gold again,” said Howe, who was named tournament MVP. “It was our last year so I really wanted to win it and it felt so good hearing that final whistle and knowing that we’d won it.

“We knew we it wouldn’t be the same as when we played them earlier in the competition so we had to go in to it as a new match and play it like any other.”

It felt good to win after losing the final last year

Huck added: “It felt good coming from losing the final last year and proving that we are a team that can win. It was an amazing feeling to win.

“Playing NAGs makes you so nervous because we all feel strongly about representing Manchester and the finals are always here.” 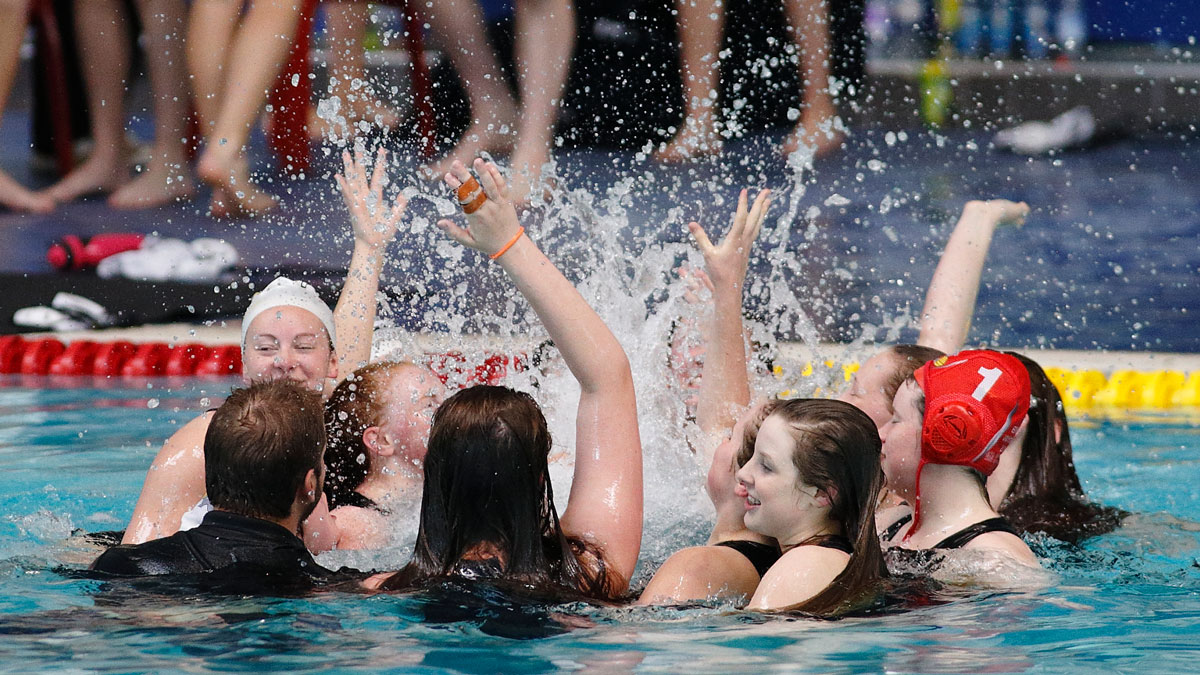 Otter took an early lead in the final with Hannah Patchett scoring in the first minute of the first period. But it was blow for blow until halfway through the second quarter when Manchester finally took the lead going into half-time thanks to a double from top scorer Anya Clapperton.

Manchester maintained their lead throughout, with hat-tricks from Howe and Katy Andrew as they took a 9-5 lead into the last eight minutes.

Otter scored three as they rallied in the last quarter, one each from Mhairi Nurthen, Helena Phillips and Sasha Tinkler-Davies, but the Manchester side were determined to keep their lead.

The bronze medal match between City of Liverpool and Crawley was tight from start to finish.

Liverpool’s Lucy Shaw completed her hat-trick in the second quarter to take the game to 5-3 then both teams scored just once in a nervy third quarter.

Crawley fought hard and managed to put four goals past the Liverpool keeper in the final quarter of the match, but with their last coming with just five seconds on the clock, Liverpool held their lead to claim their second medal of the competition with a 9-8 win.