London Otter secured an historic victory over City of Liverpool to claim the Girls’ U19 title at the ASA National Age Group Water Polo Championships 2016 in Manchester.

We wanted to go out and hit them hard because we know if we play together, we’ll play well.

With their victory, London Otter became just the third side to ever lift the national U19 crown, with North West giants City of Manchester and City of Liverpool the only other winners since the inaugural Championship in 2004.

But Otter captain Mhairi Nurthen, who top-scored in the final with five goals, insisted her side were confident they could write their names onto the trophy, having won the U15 and U17 titles as a squad in recent seasons.

The same group of players have come through

“We’d never won an U19s but the same team and the same group of players have won the Academy and Youth, and now Juniors as well,” said Nurthen.

“We’re the same team coming through the age groups and we’re confident we can do well. 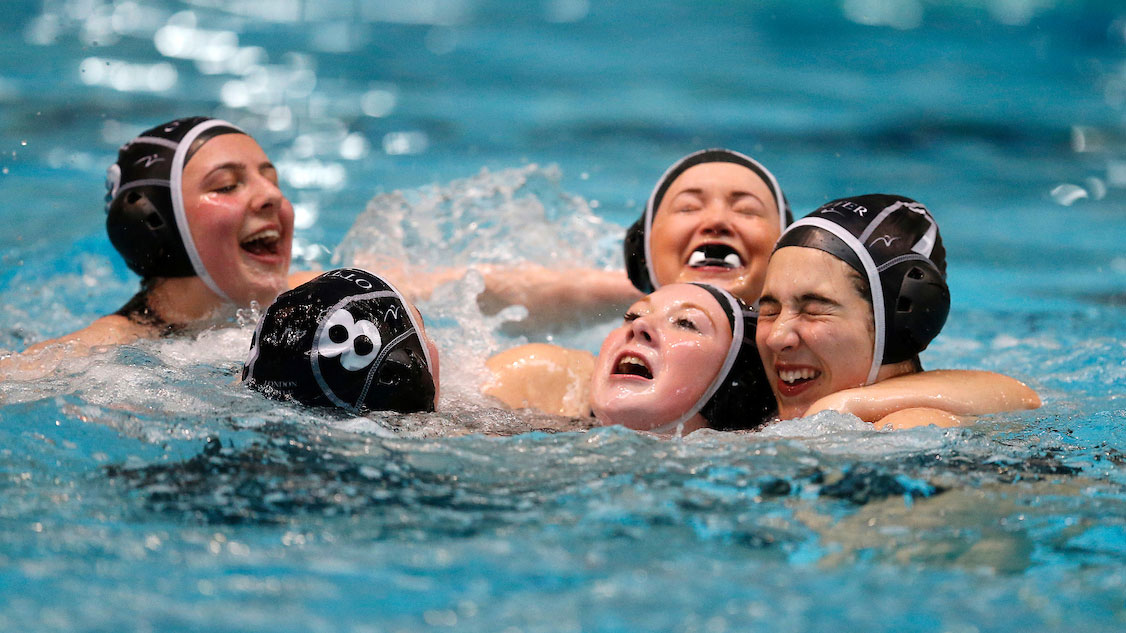 “I’m ecstatic because we played so well today and it was such a close game. We just came in at half-time and at the end of the third quarter and collectively pulled ourselves together and thought as if it’s 0-0.

“We wanted to go out and hit them hard because we know if we play together, we’ll play well.”

Otter raced out of the blocks with three goals in the first three minutes, courtesy of Nurthen, Isobel Dean and Cecily Turner.

Liverpool, who won bronze 12 months ago, were never going to be a pushover and fought back with two goals from Lucy Shaw and one from Molly Boniface-Ashton, but further goals from Helena Phillips and Anna Szyszko kept Otter 5-3 in front at the first break.

While Shaw completed her hat-trick early in the second quarter, second goals for Nurthen and Turner put Otter 7-4 up and seemingly in control of the tie.

But Liverpool’s Grace Rowland had other ideas, and pulled her side level with a three-minute hat-trick, squeezing a bounce shot home, converting from centre back Verity McCoy’s pass over the top of the Otter defence, then hammering home a penalty.

A tense third quarter followed with man-ups going begging for both sides, but it was Otter who pushed 9-7 ahead with goals from Nurthen and Kathy Rogers.

Liverpool fought hard to recover in the final quarter with Hayley Price pulling off a reaction save to a deflected shot, then Shaw bagging her fourth of the game with an outrageous lob as she back-tracked towards the half-way line.

But 9-8 was the closest the North East side would get to their opponents in the fourth quarter as two goals apiece from Nurthen and Dean put the result beyond doubt.

The Marlins led for much of the game but Manchester recovered in the second half before powering clear for a 15-11 win.