Penguin edge Manchester in thriller to win U17 boys title

Their lead was doubled when Tom Simpson found the net, but Penguin soon found their groove as Charlie Pliner scored a quickfire double to level the score.

Manchester restored their lead through Seb Thompson, but Pliner’s powerful left arm again provided an equaliser for Penguin, completing his hat-trick in just over five minutes

Manchester were back in front by the end of the first period as Simpson found the bottom corner for his second of the game to make it 4-3.

Bentham’s second goal extended their advantage in the second period, but a resilient Penguin again forced their way back, with goals to Omar Sarhan and Pliner leaving the match finely poised at 5-5 at half-time.

Penguin goalie Emile Thurston was in fine form at the end of the second period, making three consecutive saves from close range to keep Manchester at bay.

For the first time in the match, the London side took the lead as Josh Luff’s shot deflected over Callum Fookes in the Manchester goal.

They soon had some breathing space as Pliner scored his fifth goal of the match to put Penguin ahead 7-5.

Manchester needed a response and they got it through Thompson – his no-look shot reducing the deficit to one heading into the final period.

Simpson then rifled a shot into the top corner as Manchester equalised at 7-7 with just over six minutes left to play as a brilliant final continued to deliver drama.

Penguin’s resolve had been tested so often that it seemed inevitable they would find a way back, and they did so through Josh Luff’s second goal of the game.

Just 30 seconds later, Luff buried a long range shot to round out his hat-trick as Penguin took a valuable 9-7 lead four minutes from time.

They faced a tense finish as Ethan Pritchard pulled one back for Manchester, but Penguin held on to seal a dramatic win.

After his side lifted the trophy, Palumbo said: “It was a great result. I’m a bit passionate during the match but the guys deserved the result because they’ve worked hard all year.

“It was not easy, but this is a very good group. From my experience it was a very good match and a good level for this age group, so water polo in the UK is going in the right direction.”

Penguin were further rewarded for their success, with Pliner named the Most Valuable Player and Emile Thurston named the best goalie, with City of Manchester’s Tom Simpson finishing as the top goalscorer. 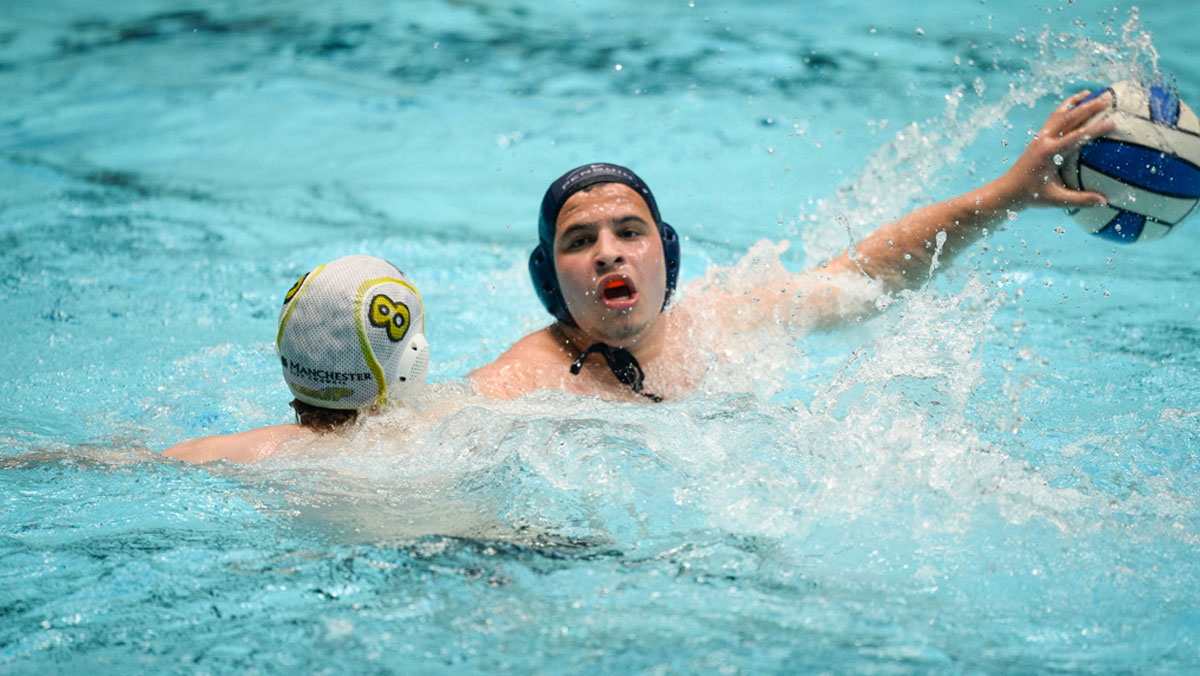 There was just as much drama in the bronze medal match as Watford fought back to beat Nova Centurion 11-10 late on.

Nova led 8-7 heading into the final period, but Adam Lecomber scored three of his game-high six goals as Watford guaranteed themselves a medal.