Stephanie Whittaker’s fantastic 2018 has been capped by picking up a Swim England National Award.

She was named Talent Athlete of the Year for water polo at a ceremony held at Birmingham University’s Great Hall.

Whittaker joined City of Manchester in 2013 and it was obvious from her first day that she was a very talented player.

Over the last five years, she has progressed from City of Manchester’s development team to the senior side and has been a regular ever since, becoming an influential player for both club and country.

In 2018, she has excelled in both domestic and international water polo competitions, making a stand-out contribution as Great Britain’s Women’s U19 team secured a top 10 finish in the European Championships in Madeira,

She said: “It feels amazing and I feel really honoured that I got the award. I’ve put in so much training and effort to get here but I’m happy that I have done it.” 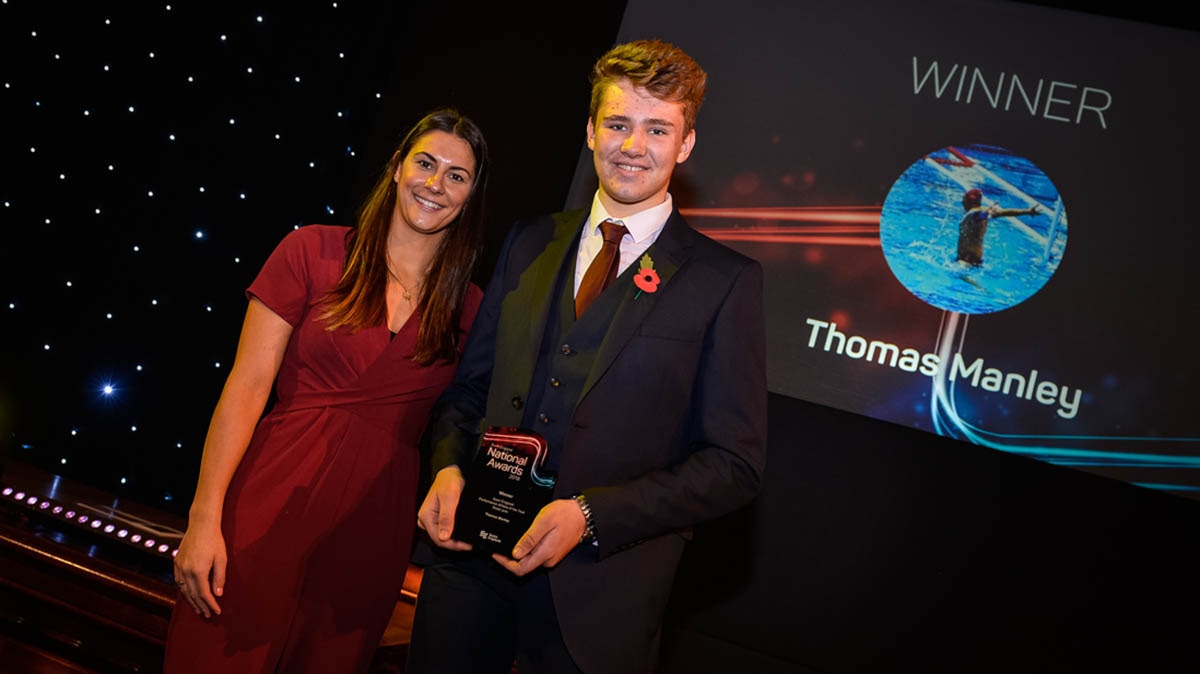 Thomas Manley made an impact on the international scene as he was part of the Great Britain’s Men’s U19 side that reached the the LEN European Championships in Minsk, Belarus.

It was one of the highlights during a successful year for Manley, who also trained with the senior men’s side in the run up to the competition.

His success helped see him named as the Swim England Performance Athlete of the Year for water polo.

He said: “ I feel very honoured to win this award against all of the top water polo players in the country.

“I’m so glad I have been recognised for my achievements in the past year. I would like to thank my coaches and, most importantly, I can’t forget about them, my parents.

“They ferry me around everywhere, providing me with money, making sure I have a wonderful time and are always there supporting me, no matter what.”