City of Sheffield will meet City of Liverpool in the U17s girls final at the Swim England Water Polo National Age Group Championships.

Sheffield overcame a tough start to beat Cheltenham 18-10 in the first semi-final.

Cheltenham led 2-1 at the end of the first period after a double from vice-captain Charlotte Martin.

But Sheffield wrestled back control with a blistering second period, as Anna Motley added two goals and Emma Jackson, Emily Crossley and Kiah Dyas all got on the scoresheet to put them 6-4 ahead.

Cheltenham remained in the contest heading into the final period, as Priya Kennedy added two of her four goals for the match to pull her side within three goals.

That brought the best out of Sheffield, who produced a clinical final period.

Crossley scored another four goals to take her tally to seven, while goals to Jackson, Maddie Harrison and Aderyn Lane helped Sheffield run away with the match. 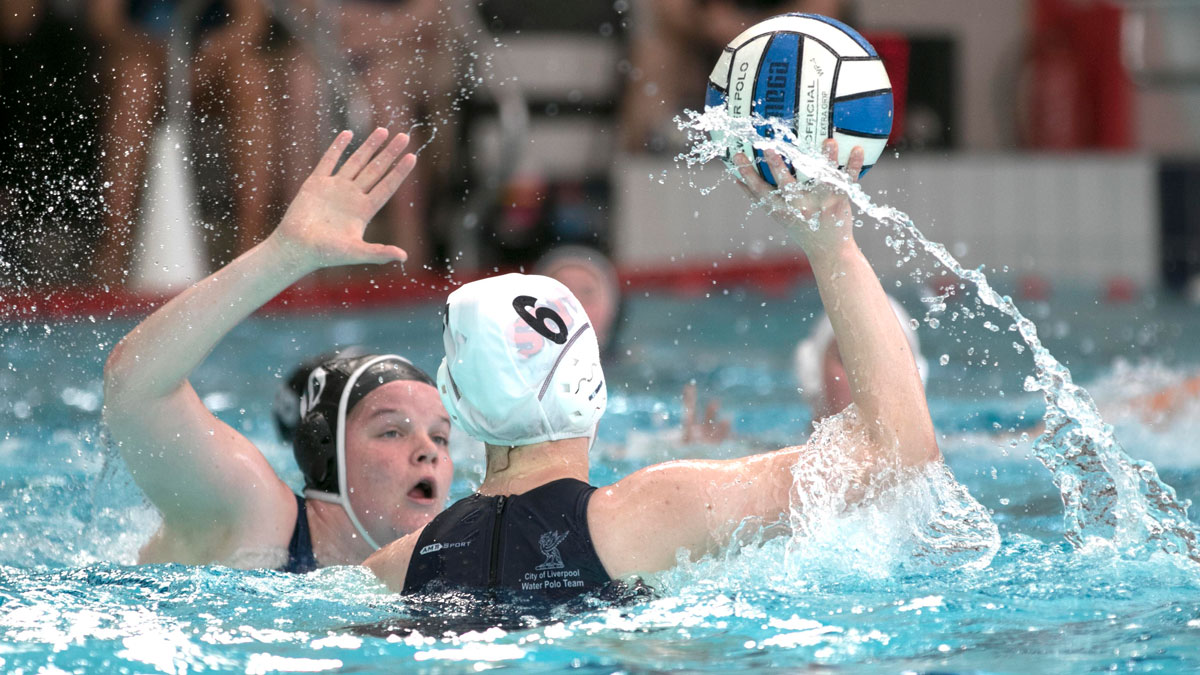 In the other semi-final, a third period surge helped City of Liverpool to a 9-5 win over Otter.

The defences of both teams set the tone early on in a goalless first period.

Two goals apiece to Kelsy Evans and Holly Toone put Liverpool 4-3 ahead at the halfway stage, with Margaret O’Malia, Lucy Bullock and Grace Turner all scoring to keep Otter well within reach.

Liverpool’s Isobelle Robb was ejected after an illegal entry, but the home side showed no ill effects as they scored four goals without reply to take a five-goal advantage into the final period.