South West defended their title on penalties after a thrilling climax to the 2017 ASA Water Polo Girls’ U18 Inter Regional Championships in Blackpool.

South West had taken the lead in normal time through Wordley, before goals from Steph Whittaker and Isabel Larder handed the advantage to Lightning.

But Wordley was on hand again to score on a man-up and take the tie to penalties.

South West goalkeeper Abbi Smith also emerged with credit, working with her defence to keep the otherwise free-scoring North West attack at bay in normal time, before only letting Annie Clapperton’s effort past her in the shoot-out.

South West head coach Jason Wordley said: “The girls have been progressing their game and skills year on year. They’ve made a steady but dedicated improvement through the rankings.

“They were overjoyed to finish their final year together at the top of the tree.”

South West region representative James Baker added: “The victory further demonstrates the South West region’s development of the discipline. It cements the region as one of the top four performing regions or home nations.

“It’s a far cry from where we were 10 years ago when we rarely reached the semi final stages.

“Of the last four Inter-Regions, we’ve won the 2003 and 2000 female competitions. This demonstrates the qualify of female players in the region that have benefitted from the guidance and coaching of Spanish ex-international Meritxell Carrizo who has recently been confirmed as the ASA South West region women’s head coach.”

Having failed to register a win in last year’s tournament, the South East region impressed to claim bronze. 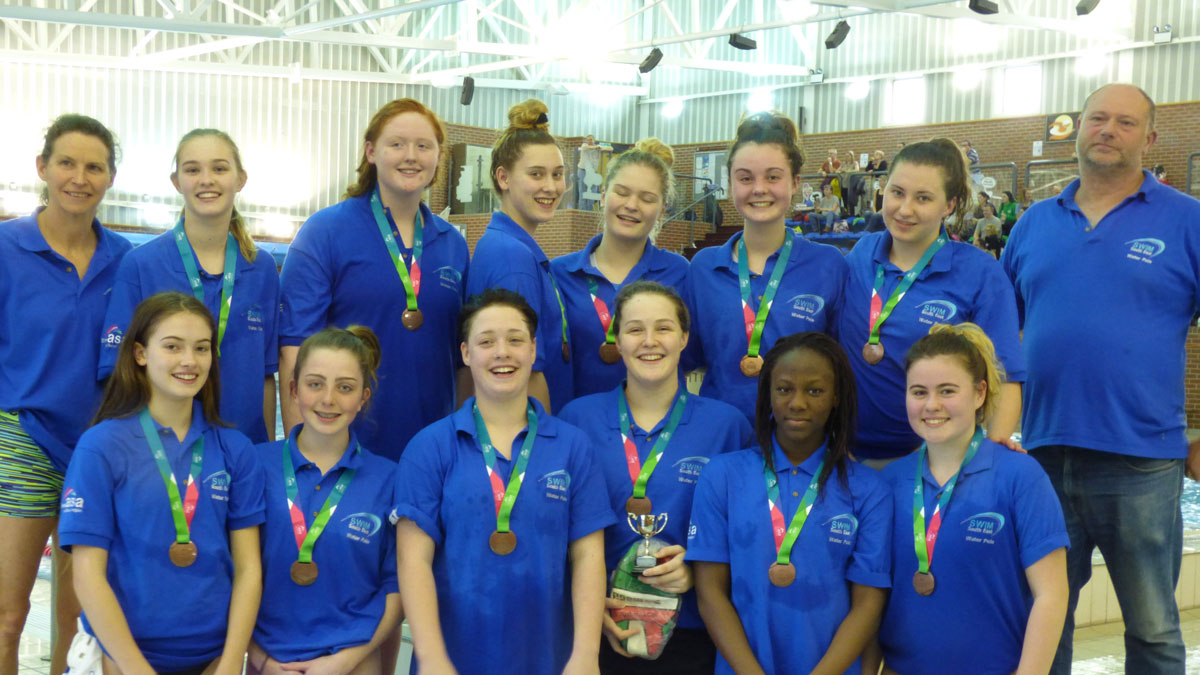 After finishing second in Group B, they bounced back from a semi-final defeat by South West to defeat North West Thunder 5-4 in a tense bronze medal match.

Thunder showed plenty of fight to restore parity after trailing both 3-1 and 4-3 in the second period.

But a power play goal from tournament MVP Cecily Turner with just 10 seconds left on the clock sealed victory for the South East side.