Young water polo players have hailed the first Swim England National Academy training camp of the year for helping them to ‘become the best they can be’.

A total of 64 boys and girls were selected to attend the two-day event at Northampton School for Boys after being nominated by regional coaches.

It is the first of three camps that will be held throughout the year that will be attended by players, coaches and parents.

Various drills were held in the pool to help improve the technique of those taking part, while they also attended strength and conditioning sessions led by coach Morgan McGuigan.

The National Academy Programme is one of three stages of water polo player development in England.

Zoe Richards, 13, began playing water polo after attending a taster session and ‘kind of fell in love’ with the sport

She now plays for Grantham and Bingham as well as representing the East Midlands region – and said she had learnt a lot from the academy training.

“I have really enjoyed it,” she said. “Particularly the pool time.

“We did a lot of new drills to improve our technique and help us become the best we can be.” 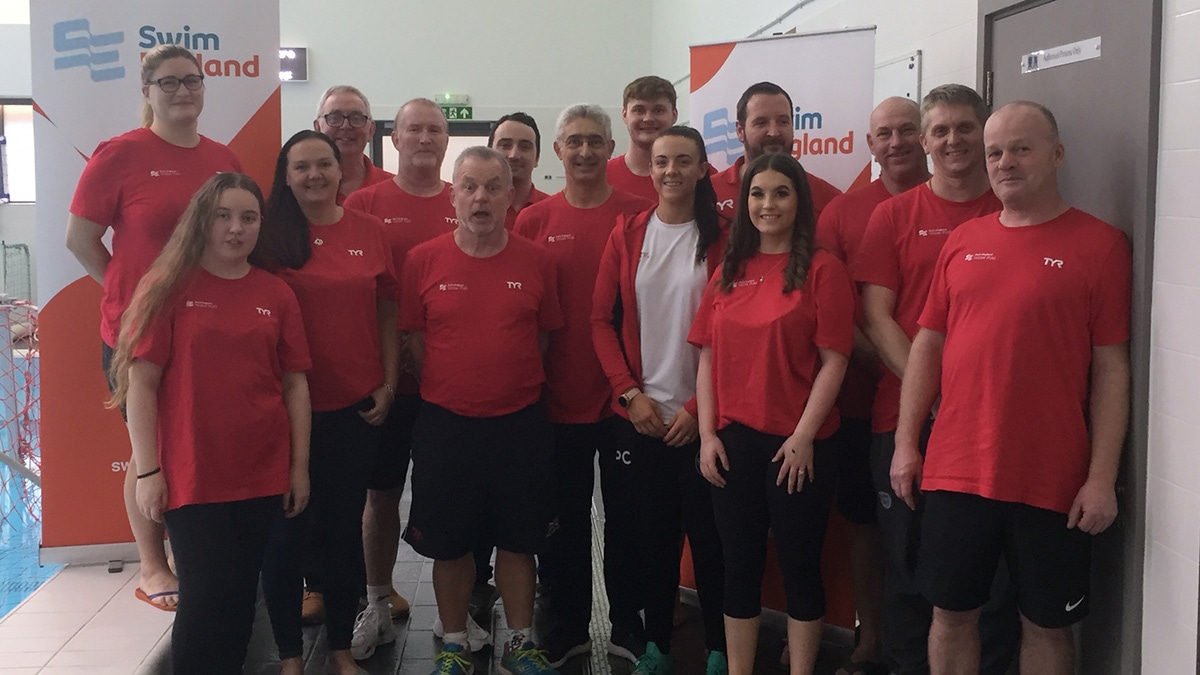 Mason Graves-Brown, 13, who plays for Beckenham and the London region, said the camp had been a ‘really good experience’.

“All the players are at a high level and very consistent,” he said.

“I have learned some new skills and things that have helped me that I want to take back to my club. I will try and share what I have learned with my other friends that are not here.”

Players were given feedback by coaches on all aspects of the weekend – which they record in their logbooks – and they have all been invited back to the second camp on 9 and 10 May.

Ian Mackenzie, Swim England President, also attended to get an insight of a typical training weekend in water polo.

“It was great to see so many enthusiastic youngsters keen to learn more about the sport and develop their skills,” he said.

“We look forward to welcoming them back in May and seeing how they have further progressed.”