Great Britain’s future stars made their mark on the world stage as they won three medals at the 2019 FINA Diving Grand Prix in Singapore.

A team of nine young divers travelled to the season-ending competition and they made the most of their chances, with every diver reaching the semi-finals in their respective events.

Cutmore and Thompson scored 405.36 points, closing with an impressive back two-and-a-half somersaults with one-and-a-half twists for 80.64 points.

Earlier in the year, the pair combined to win bronze at the LEN European Junior Diving Championships in Kazan.

Thomson also joined Andrea Spendolini-Sirieix to win his second medal of the competition, with the British duo grabbing silver in the Mixed 10m Synchro.

They scored a total of 292.20 points to finish behind the Mexican pair of Maria Sanchez and Diego Balleza.

Signing off in style 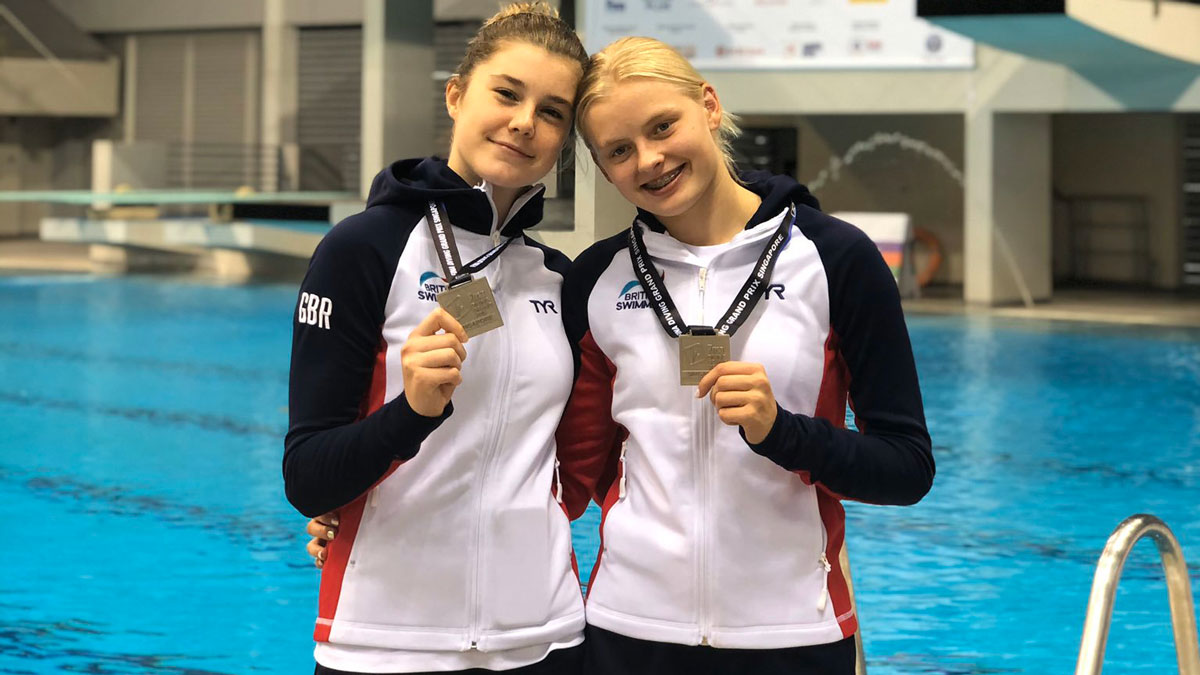 Spendolini-Sirieix and Josie Zillig capped off an impressive competition from the British divers, winning bronze in the Women’s 10m Synchronised Platform.

They saved their best dive until last, scoring 63.36 points for a back two-and-a-half somersaults with one-and-a-half twists.

Both divers have enjoyed plenty of success in 2019, also winning medals at the European Junior Championships.