Spendolini-Sirieix had looked very impressive in the preliminary round as she qualified in first place but had a slightly nervy start, scoring only 61.50 for her first dive.

However, she quickly put that behind her and was leading the 12-strong field after round two and never relinquished that position after each completed round.

Toulson was in first place as Spendolini-Sirieix stood on the platform in front of a hushed Sandwell crowd for her final effort.

It was fitting that she rounded off her campaign with the best dive of the entire contest, earning 86.40 for her back two-and-a-half somersaults, one-and-a-half twists in pike to take the gold with an overall total of 357.50 points.

“It’s amazing, especially for it to be in a home Games – and the first time I’ve actually had a crowd, because I didn’t have one at Tokyo [Olympic Games in 2021] and the other internationals I’ve done.

“It’s incredible. I’ve had so much fun and I wasn’t really scared.

Tears in their eyes 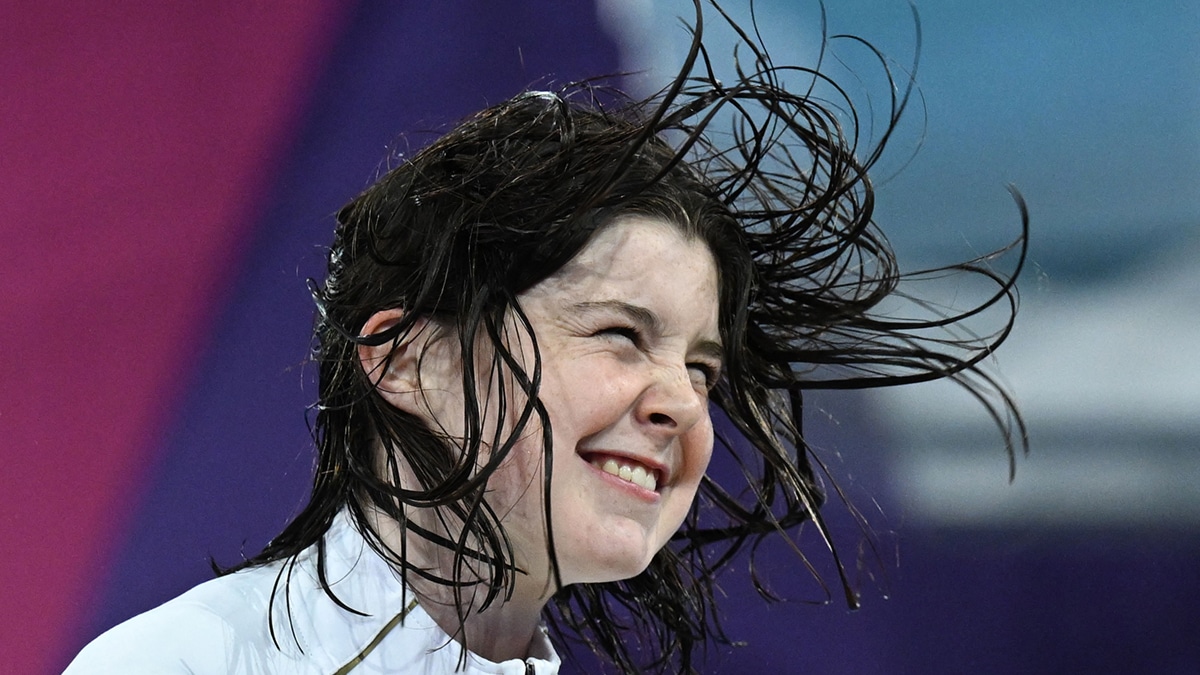 “I was peaceful throughout but on the last dive I had quite shaky calves, so I think that helped with the push that I needed.

“Overall, I’ve never had that much fun in a competition.”

Cheered on by her First Dates dad Fred, plus her mum and brother, Spendolini-Sirieix said: “I’ve spoken to my mum, my dad and my brother.

“I gave Perry [the mascot she was given on the podium] to my brother just because it’s the most I can do to say thank you.

“They said well done. I could see tears in their eyes. I didn’t really want to look them in the eye in case I cried.

“He couldn’t come to Tokyo, so he prioritised coming to Birmingham. And he came to worlds as well.”

As for whether Spendolini-Sirieix had taken over his mantle as being the most famous member of the family, she said: “Whoa. Well, maybe. We’ll see, we’ll see.”

And she had lined up the perfect way to celebrate her win on her Commonwealth Games debut.

I’ve got a hot chocolate waiting for me,” she said.

Toulson had achieved her highest-scoring dive in the final round to put the pressure on Spendolini-Sirieix.

The 22-year-old said: “I’m really happy with my performance and it feels good to be back on the podium.

“I don’t follow the standings as I’m going through [the competition] so I didn’t really know where I was.

“I knew my dives were going all right so I knew I was maybe within a chance of a medal.

Toulson had been cheering on her boyfriend Jack Laugher as he competed in the 1m Springboard competition alongside Jordan Houlden.

She said: “I was watching it when I was warming up in the gym.

“I was cheering the boys on and they have done amazing.

“We compete together all the time so it’s great we have all ended up on the podium.”