The first phase of an exciting project to help grow the number of people diving in the West Midlands has been launched – with 1,000 days to go until the Birmingham 2022 Commonwealth Games.

Swim England and partners were at the Tudor Grange Leisure Centre in Solihull to herald the start of the Dive West Midlands project.

The aim of the scheme is put plans in place for those who will be inspired by the Games to take up diving – and give them the chance to progress on the diving pathway.

As part of the launch, the first-ever Assistant Coach course for diving in this region has taken place – with 15 new learners participating.

Sarah Barrow, Olympian and Swim England Diving Development Officer for the West Midlands, has been a driving force behind the project.

She said: “In terms of the Assistant Coach course, that’s really exciting.

“Out of 15 new learners, a number have already sparked interest in doing the coach course.

“So it just shows how their enthusiasm for the diving course has already blown out the window.

“That’s really exciting because we can develop this workforce but it’s about getting passionate workforce that are keen to be able to deliver those lessons for a longer period of time.

“I think the region are really happy and you are going to get a community and region that are diving, there’s no doubt about it.

“And that’s what is exciting – to be able to walk into that Sandwell pool when it’s built and see activity run because of the work we’ve done.” 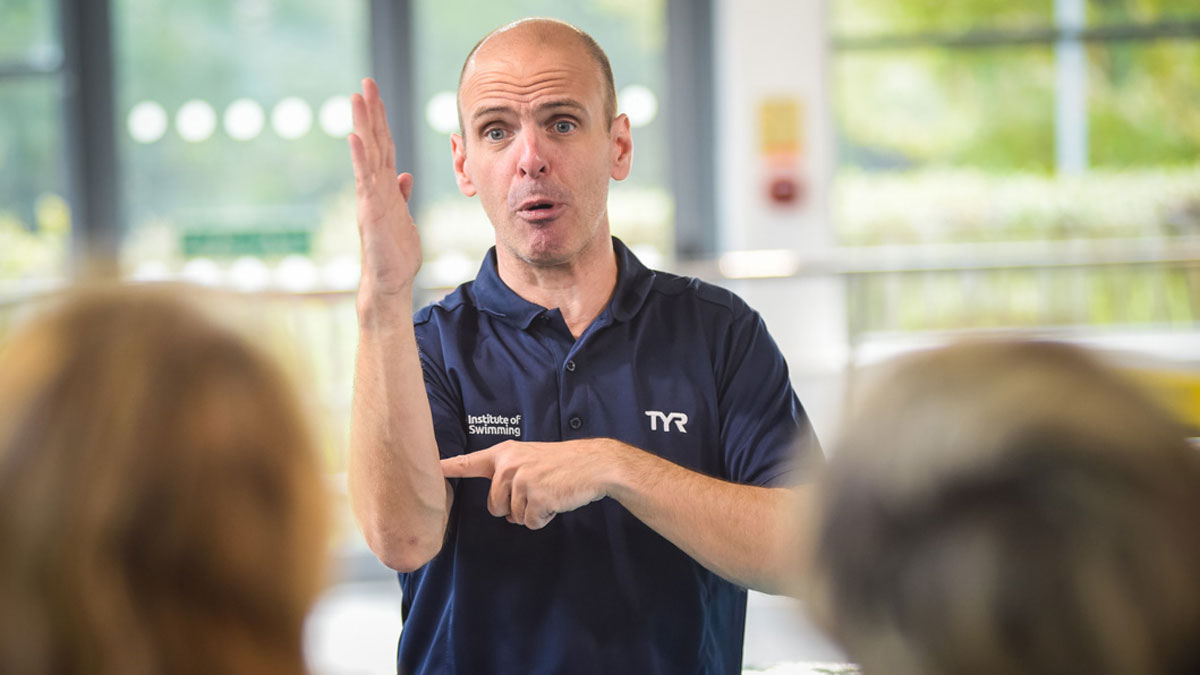 Alongside Sarah is Head of Sports Science and Medicine at British Diving and Institute of Swimming tutor, Adam Sotheran.

He began coaching diving in 1990 and has a wealth of experience, which includes coaching at Olympic level.

Adam said: “Most of the tutors who are learning are experienced at teaching or coaching something else, so it’s an interesting conversion.

“They also have a lot of experience working with young people and it’s shown, They’ve been really good and they’ve grasped some new skills, so they’ve done really well.

“It’s important that this project has a lot of people behind it who are desperate to see diving grow in the region.

“They’ve got a really good target which is the Commonwealth Games, the great facility it leaves behind and the network of pools that feed it.

“And it’s so far ahead of the Games that although these are the first couple of days of them being diving coaches, by the time the Games comes round in a thousand days they will have had two nearly three years of experience.

“I think this is a brilliant initiative and it’s something that anybody else that’s got a major event or a new facility or whatever it may be will look at this and go, if we want to make the best of the facility after it’s been built this is what we could do.”

Simon Kirkland, Swim England Chairperson for the West Midlands, was present at the launch and said he is excited to see what the future holds for diving in his region.

He said: “I’m really excited. We had a vision about a year ago when the Commonwealth Games were announced for Birmingham – a real opportunity of developing diving because there was no diving in the West Midlands at all.

“Vision wise, I see a structure to diving across the West Midlands, an overall governance structure and a series of clubs that sit underneath that. But what we want to see is just a big infrastructure of people getting enthused about diving.”

After watching the demonstration sessions put on by the athletes and coaches, Simon said: “It’s brilliant, it’s great to see.

“You can’t not get a tear in the eye when you see kids enjoying diving and being involved with the water.”