The party was at the diver’s home town, Ripon in North Yorkshire. It was timed to coincide with his final diving event of the Commonwealth Games, the men’s Synchronised 3m Springboard final.

The party was held in recognition of the legacy the Laughers have created in Ripon. It was also held to thank the local community for the support they have shown Laugher and his teammates. 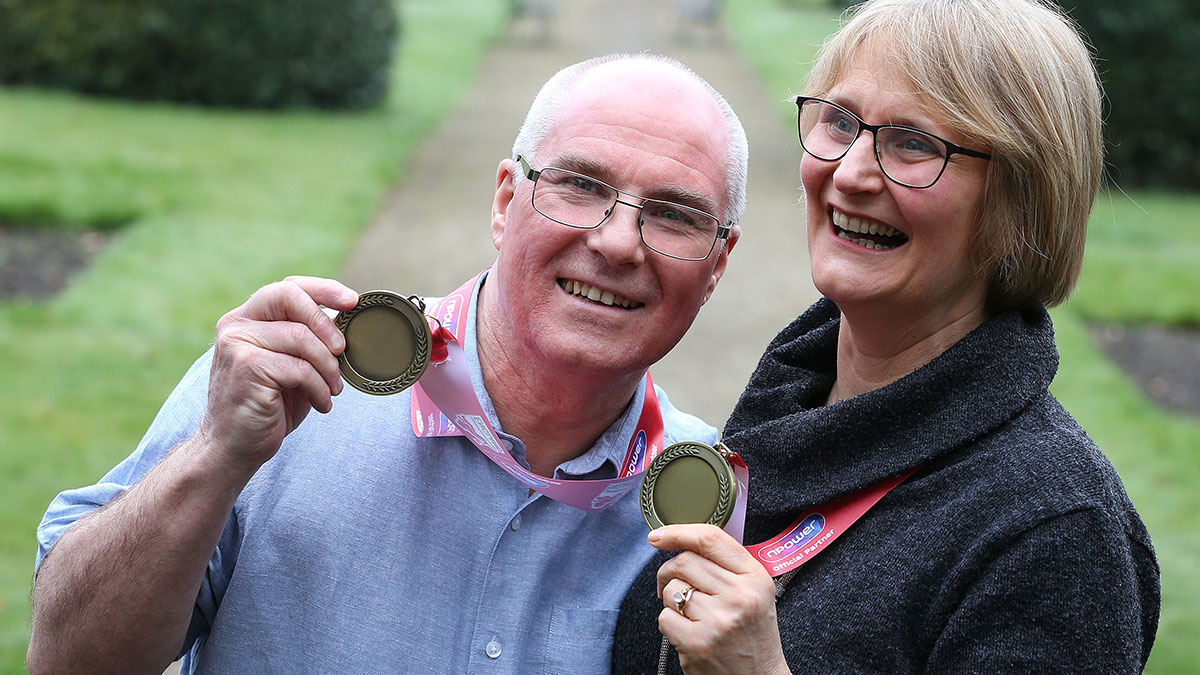 After Laugher secured his hat trick, Foster surprised his parents, David and Jackie, at their home. They were escorted to the party and welcomed as Guests of Honour by the Mayor of Ripon, Cllr Pauline McHardy.

There were many special guests attending the party including swimming teacher Sylvia Grice MBE. Sylvia set the City of Leeds diver on his way to gold medal success by teaching him how to swim. Laugher’s friends, family, teachers and fellow students also joined the party.

The Mayor of Ripon and Foster presented the Laughers with their own medals in recognition of their outstanding contribution to the area and the sport.

Laugher’s mum Jackie said: “We would have loved to have been in Australia with Jack. But it has been fantastic to see the power of support among our local community and to celebrate Jack’s achievements with everyone here at home.

“This will mean so much to Jack when he sees how everyone has been huddled around the TV supporting him. We are all extremely proud of our roots here in Yorkshire and Jack is incredibly thankful for the backing he has received from everyone throughout his career.

“There is a fantastic community spirit here where everyone supports each other and today has been another example of that.

“Thank you to npower and everyone who attended to create such a special event for us to treasure.”

The power of the support behind the athlete

Foster said: “It is the pinnacle of any athlete’s career to represent their country. Accompanying the huge honour is a sense of responsibility. You want to do well for your family, your friends and everyone who has supported you and helped you reach this point in your career.

“I think Jack will be thrilled when he sees how everyone has rallied around to support his family and how proud he has made everyone in his home town.

During their partnership with Team England, npower have been shining the spotlight on the power of support behind each athlete.

“It is wonderful to see the community in Yorkshire coming together to support Jack and his family once again.”