From London 2016 to the Atlantic dream

One of the British swimmers to look out for in the Masters events at London 2016 could be Teddington’s Amber Danks. The 25-year old has lofty ambitions to swim the Atlantic Ocean and is using the Europeans as a stepping stone to further progress in open water swimming.

What do I get from swimming? 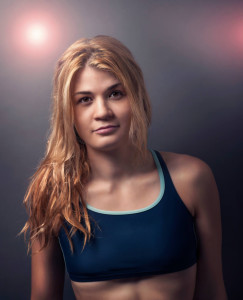 When I swim I feel like I can do anything. I’ve had a lot of changes in my life – from where I live, what I do, boyfriends, friends and even family.

And swimming has always been the only consistent, stable thing I have.

I’m a Level 2 swim teacher and Level 1 swimming coach and I appreciate how much effort and passion my coaches put in when I train with Teddington Masters. Most importantly, they don’t take themselves too seriously!

Every set is different and every set is as challenging as you feel – you can’t possibly get bored or avoid developing as a swimmer in an environment where you’re encouraged to compete against your own skin, and nobody else’s.

My club is really accommodating to my hectic lifestyle and when I miss a few practice sessions due to working two jobs in one week or being in the hospital from injury, they’re always so supportive and just happy to see me.

It’s a silent friendship that nothing interferes with.

My swimming aims and aspirations

I’m going to the London 2016 European Masters Championships this year to try and swim as fast as I am physically able in my three events – the 100m, 200m and 800m Freestyle.

At this point in life, I want to benchmark myself as I’d like to be a 10k open water world champion and I am determined to be up there in the top three sooner or later.

Just before my 21st birthday I decided I would swim the Atlantic and do anything it takes to get there and I think becoming a world class open water marathon swimmer as well as being not bad in a pool is a good way to get there!

Just before my 21st birthday I decided I would swim the Atlantic and do anything it takes to get there.

What about 24 miles? Could I tumble turn? What about butterfly?

I wanted to try it all and so I joined a swimming club to help me do that – to add structure, routine and reliability where there wasn’t any and to develop overall as a swimmer.

Swimming, though a solo sport, is not a solo venture. In September 2015,  I was invited to Hurghada, Egypt.

Compared to the 47min mile achievement of three years beforehand, I suppose you can say I was thrilled with this time. And the entire experience of flying to Egypt reinforced the thought in my mind that I will be a world champion at some point.

What are my goals for the season?

I know that it’s the pool preparation and the galas (monthly benchmarking) that have brought about these positive results in my swimming, such as Egypt.

Last year was filled with many galas, and the routine of looking for improvements every month drives improvement in the familiarity.

I’ve had women 40 years older than me race against me and win. I’ve seen some unassuming men and women do the most amazing things and that’s why I believe everybody should swim and I won’t be stopping until they put me in a box!

So this year, I am going to be training and competing all along the way.

I’m going to a camp in Tenerife with my wonderful club before the Europeans in May and I’m not racing for experience this year (that’s what the pre-races will be for!). This time, I’m racing to win.

Every improvement is a win in itself. I want to beat my own skin.

But if I don’t win just yet, I won’t be concerned. Every improvement is a win in itself. I want to beat my own skin, and I hope that when people doubt whether they should have entered the Europeans or any gala, they put things in perspective.

Race for yourself and nobody else. You won’t die of embarrassment if you’re last. I’ve been last a lot of times and have taught myself to call it late this time.

Everyone has things they can improve on, and sometimes those things are just relaxing and remembering to have fun.

My grandfather is 92 years old and he’s just joined a gym (for free!) and when he’s on his rowing machine it makes me wonder. When people tell me they’re ‘too old’ for something or they’re ‘over the hill’, they need to stop and think what could they gain from participating.

Many competitors would like someone to race with and even if the race isn’t the ideal one you had envisioned in your mind, what in life ever is ideal? What ever happened to having fun?

This year, I hope to swim a 10k in 2 hours (on a good course) in open water, while for pool swimming, I’ll be aiming for 1:07 for front crawl, 1:20 on backstroke, 1:20 on breaststroke, 1:30 on butterfly and some more accurate tumble turns and dives like the high rollers in my pool!

Have a good swim everybody and I hope to see you in London!