As Adam and Rachel told us in the last London 2016 Masters blog, there are a few things you should be expecting to encounter at this year’s European Masters Championships.

Queues for accreditation, rushing to get to call rooms, busy warm-up pools – all will be par for the course in London this summer. But what about romance?

London 2016 will be by far the biggest European Masters Championships in history and who knows who you might accidentally kick in the warm-up pool, who you might bump into while responsibly celebrating a PB at Tap East (The Masters Hub Ed strongly recommends a bottle of ‘Raging Bitch’).

But before you head to the Synchro Hub for tips on waterproof make-up, have a read about real-life loved-up couple Dave Warren and Gina Hobson – two Masters swimmers who met at the 2009 European Masters Championships in Cadiz and are getting married in October this year!

How did you two meet?

Gina Hobson: We were introduced by a mutual friend, Steve Braine, at the European Championships in Cadiz. At the end of the Champs, our paths crossed again when a few Otters joined the Spencer (and Mid Sussex) celebratory drinks. Numbers were exchanged after some unnecessarily competitive games of pool and a few rather large G&Ts – the rest, as they say, is history!

Numbers were exchanged after some unnecessarily competitive games of pool and a few rather large G&Ts – the rest, as they say, is history!

Dave Warren: We’ve decided to hold a swimming-themed wedding in October with friends and family travelling to Formentera with Swim Quest to enjoy guided swims around the island as well as the wedding celebrations!

How long have you been involved in swimming?

GH: I have swum competitively since I was nine, racing for Brixham and then Chichester where I did a Sport Science degree and a PhD. I’m afraid my swimming as an age grouper wasn’t as illustrious as Dave’s! Although I did achieve some regional qualifying times… but only just! 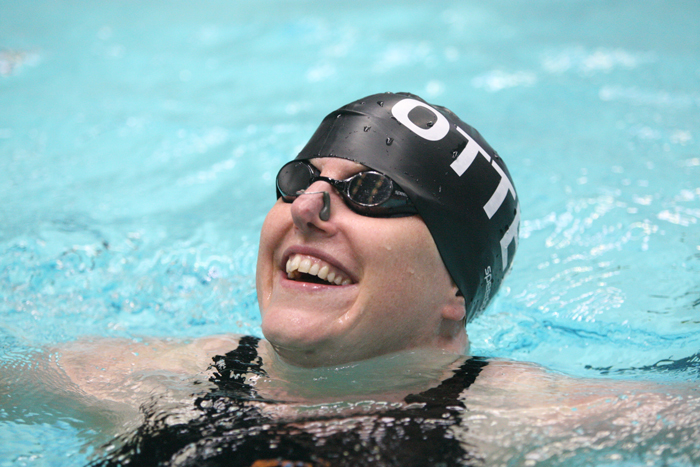 How high a level did you compete then Dave?

DW: I won four national IM titles and gained a place on the England national squad from 1992 until 1996 while I was at City of Leeds. I swam for GB at the World Student Games in 1993 and the European Championships in 1995. I competed at the Commonwealth Trials in 1994 and Olympic Trials in 1996 and won my events, but missed selection as I was outside the required qualifying standard.

I missed the camaraderie and competition, and in 2006 decided to make a comeback as a Masters swimmer, aged 35.

My disappointment in missing out on the Olympics and wanting to start a career led me to retire from swimming in 1996. But I missed the camaraderie and competition, and in 2006 decided to make a comeback as a Masters swimmer, aged 35.

How have you both fared as competitive Masters swimmers?

GH: Having moved to London in 2003, I joined Otter and it was then that I started to improve significantly. I have won numerous national Masters titles and have broken four GB records. I currently hold GB records in the 35-39 age in the 50m and 100m Freestyle (long course) and am still managing to improve my PBs.

DW: Since taking up Masters swimming, I have broken more than 60 individual GB records and have won the men’s Decathlon competition six times. I competed at two international Masters events: Cadiz (2009) and Riccione (2012), winning four silver and five bronze medals. 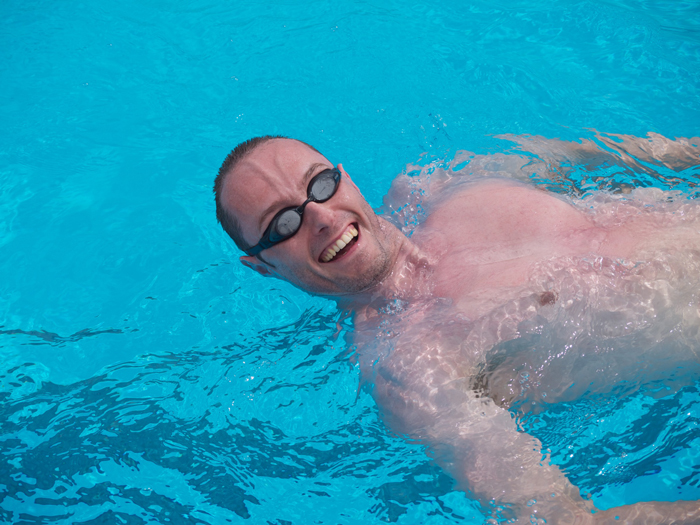 What are your aims for this year’s Europeans in London?

DW: I have just moved up to the 45-49 age group so will be targeting more records. I am looking forward to racing the top European swimmers and will be aiming for Masters best times.

GH: Unlike Dave, I am at the top of my age group this year and have had various injuries over the last 12-18 months which have made it difficult to string together a decent run of training. Still, I’m aiming to swim close to best times and am looking for top five finishes in my favoured events.